I think of Oxfordshire as being countrified, but at an hour from London and with flights (almost) direct to New York, it's positively cosmopolitan. 90 miles west, through the Cotswolds, over the Malvern Hills, and pressed against the border with Wales, the county of Herefordshire is the true definition of 'country'. Here, road are caked in thick red mud and towns and villages float as islands in a sea of pasture, furrows and orchards. 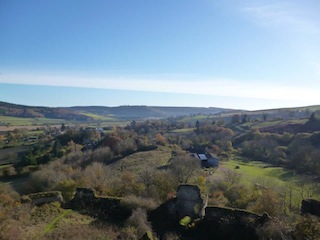 Driving as the crow flies, we passed along A-roads, weaving between the town of Cheltenham and the city of Gloucester. Ledbury was our first stop, with The Prince of Wales marked in the pub guide. A tiny entrance along a quintessentially English cobbled alleyway opens in to a large pub with two rooms around a central bar, a kitchen serving homemade pies, and a knolwedgable barman offering help with the drinks selection. And it was needed. A number of local ales on tap, ciders, and a changing list of imported lagers are on offer. I settled for Butcombe Bitter (4.0%), mellow and light alongside the steak and ale pie. North from Ledbury, we spent two nights in Wigmore at Pear Tree Farm. A delightfully rustic farm house, with large fires and a nod to the local Wigmore Castle in the flagstone floored dining room. Homemade bread, cake, tea at four, three course dinner (worth every pound), and a full english the next morning to match. A great retreat. 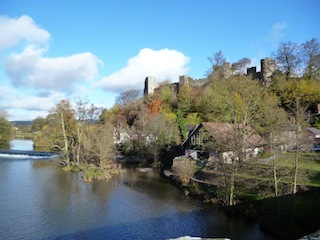 The Saturday was spent in Ludlow, just across the county border in Shropshire. The very stereotype of a town that every tourist expects to see in England. Perched a-top a hill, with rolling countryside and forests in every direction, Ludlow sports a high walled castle, a river, narrow streets and shops selling tweed a-plenty. After a 6-mile hike to the top of the nearest hill, and back down again, we settled in for crisps and cider (the local delicacies) at The Church Inn. A bustling pub on a Saturday, again local ales and ciders on tap. I resisted the £3.50 three half-pint ale taster option and went for Robinson's Flagon Cider (4.5%). Crisp and zingy. 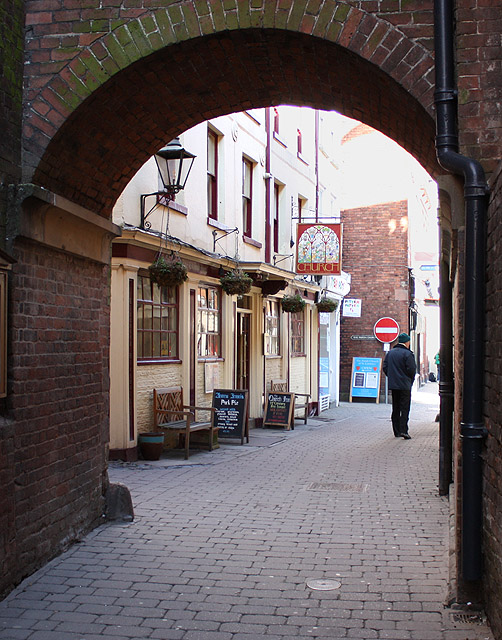 The journey home was made via The Jolly Frog - a French restaurant specialising in seafood, perched on the side of a wind-swept hill overlooking the village of Leintwardine. We also took a short stop at The Golden Heart Inn at the brilliantly named Nettleton Bottom, just south of Gloucester. Otter Bitter (3.6%) alongside a lamb shank.

All-in-all, a perfect escape for the palette.