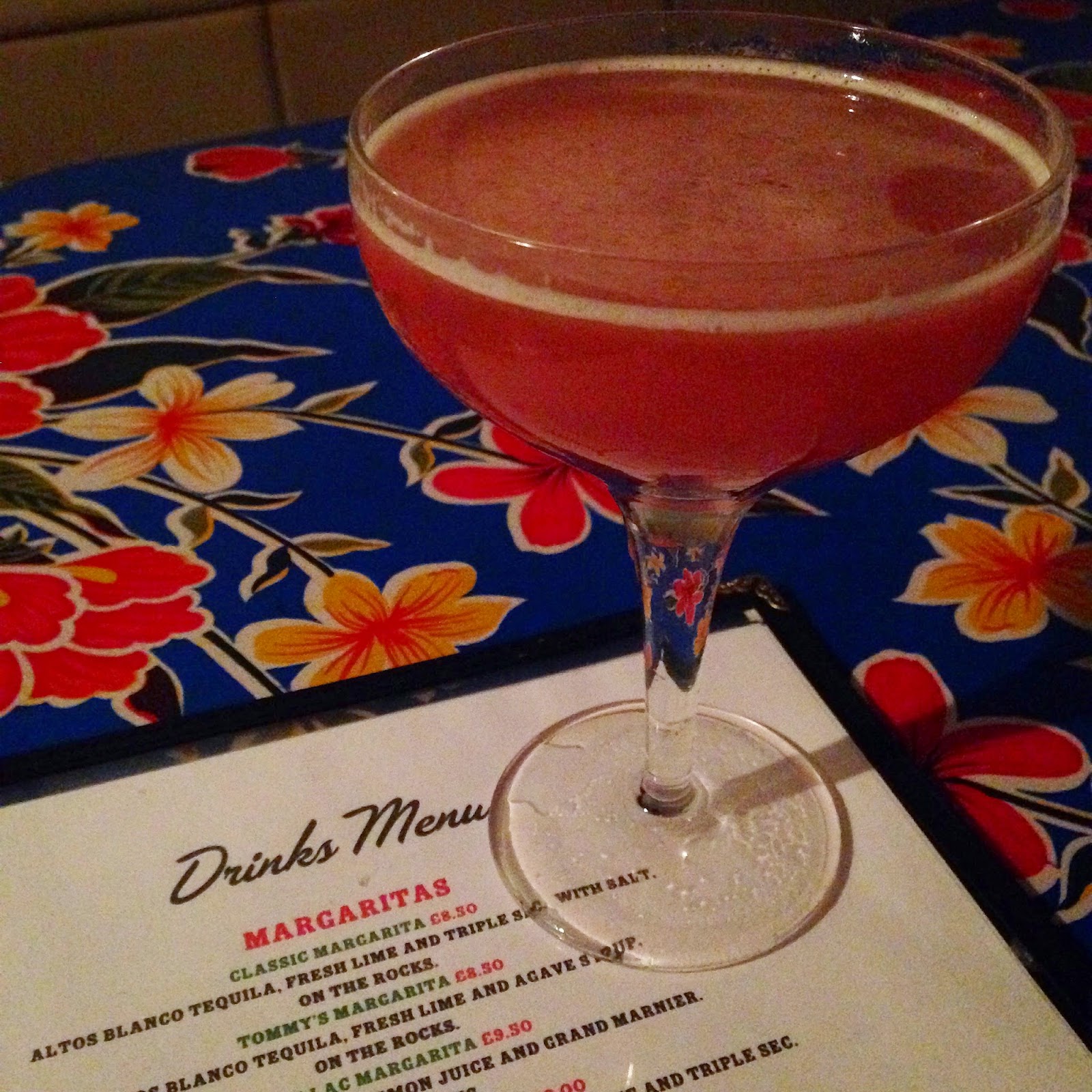 I did not expect him to say those words. Mark, a sickeningly likeable person who has crafted his passion for drinks into a business (see Shaken and Drinks Galore), sat there in a tweed jacket, with a handlebar moustache, and well kept hair. The Connaught Bar at The Ritz, The Admiralty Bar at The Grosvenor, The Colonial Club on King's Row, or some other plush sounding bar I'd never heard of and wouldn't dare set foot in. That's what I expected him to say.

The Pink Chihuahua? Wow. If I'd put money on what I wasn't going to hear, I wouldn't have come close.

It must be a wind up. Some drinks industry jape that would see me dragging my girlfriend to a bar surrounded by men in vulcanised rubber pants and peephole Pringles.

But even though I hadn’t know this guy long, I had no reason to doubt his tale. He seemed a trustworthy sort and had plied me with plenty of free alcohol. I mean, what else do you do when a man buys you drinks? It would rude not to trust him. Ruder still not to pay a visit to a dark basement bar, hidden beneath a Mexican restaurant in the middle of the Soho, guarded by a tall, slightly mean looking bouncer.

It helped that I’d met one of the bar staff a few weeks later too. He corroborated the story. It's a genuine bar, that sounded genuinely decent, and one that Mark genuinely liked. The tales must be true.

So that’s what we did. That’s where we went. Descending the steep staircase into the deep dark basement beneath El Camion on Brewer Street. Why? Because that’s where The Pink Chihuahua is. Why? Because after watching Fifty Shades of Grey, I needed a couple of stiff drinks to remove the memory of a film so boringly awful a corpse wouldn’t have the patience to sit through it.

This bar might not be the place for lovers of a trendy cocktail: those worshippers of the ‘speakeasy’, who don a Dick Tracy hat, cradle an old fashioned all night long, and who like their bars coloured beige.

The Pink Chihuahua is a colourful place. Stuffed full of character, characters, pink graffiti, giant cartoon skulls, and 90s music. One wall is completely devoted to tequila, as is over half the drinks list, with the rest made up of rum and cachaca. Old fashioneds, white russians, and a host of other drinks are on offer, but this is the place to come for ice-filled tumblers of bright margaritas and small neat shots of mezcal (to sip!). The character just doesn’t suit a deep dark spirit or, indeed, pretension of any kind.

And that’s the beauty of a bar like this. It’s fun and with it, relaxing. There’s not a hint of snobbery, not a measure of exclusivity (although it helps to be a member, as technically it’s a members bar). You feel as if you could ask the barman ‘how do you spell tequila?’ and go from there; a barman who elected to show me a video of him falling of a bar stool while trying to be courteous to an unnamed girl - clearly chivalry isn’t dead, but it could kill you. Very random indeed.