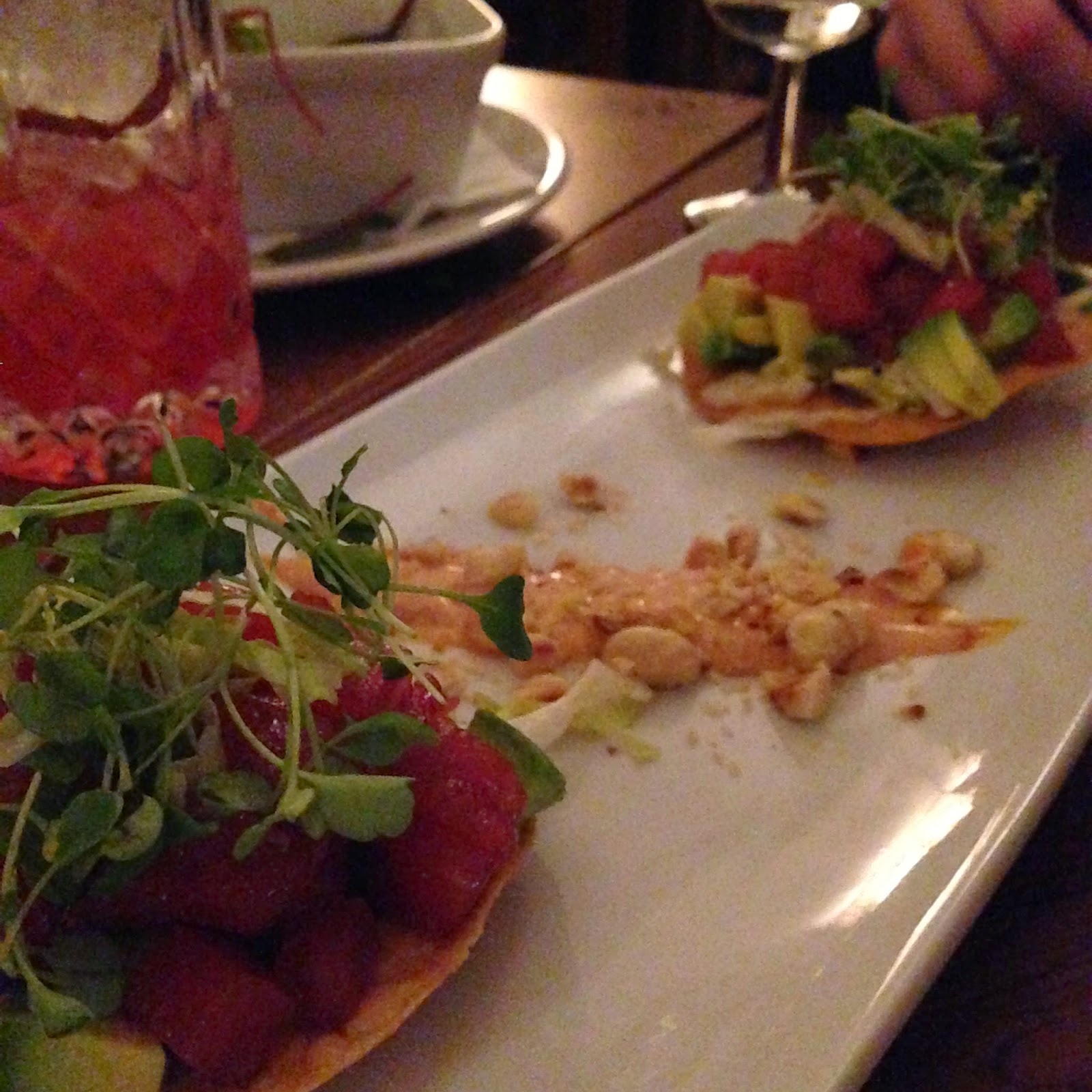 A holiday is a perfect escape from the drudgery of working life. The wake-up, rush to squeeze into the stinking armpit that is the Northern Line, spend the day counting the seconds until your next coffee, kind of working life.

A day of travel, including a rush to squeeze into the stinking armpit that is an Easyjet flight, and you’re breathing the fresh air of the mountains, with skis strapped to your feet and a beer waiting at the bottom. Perfect.

The days of misery that preceded it - that tequila tasting evening; that 10-course meal at HKK with accompanying wines; that sort of thing - all forgotten in an instance. The only lingering memory, the faint taste of a trio of dark chocolate dumplings with yuzu and ginger infusion, and a glass of 2013 Moscato d'Asti, Vajra. Miserable memories, truly miserable.

A week later and you’re home. No more skis strapped to your feet, no more fresh mountain air, no more beer waiting at the bottom. A return to the wake-up, rush to squeeze into the stinking armpit that is the Northern Line, spend the day counting the seconds until your next coffee, kind of working life.

So to brighten the mood, it’s out for more tequila. That warming, happy liquid, crafted thousands of miles away from a plant that looks positively martian, grown in fields that look positively lunar. And where better for a glass than El Nivel, in Covent Garden. 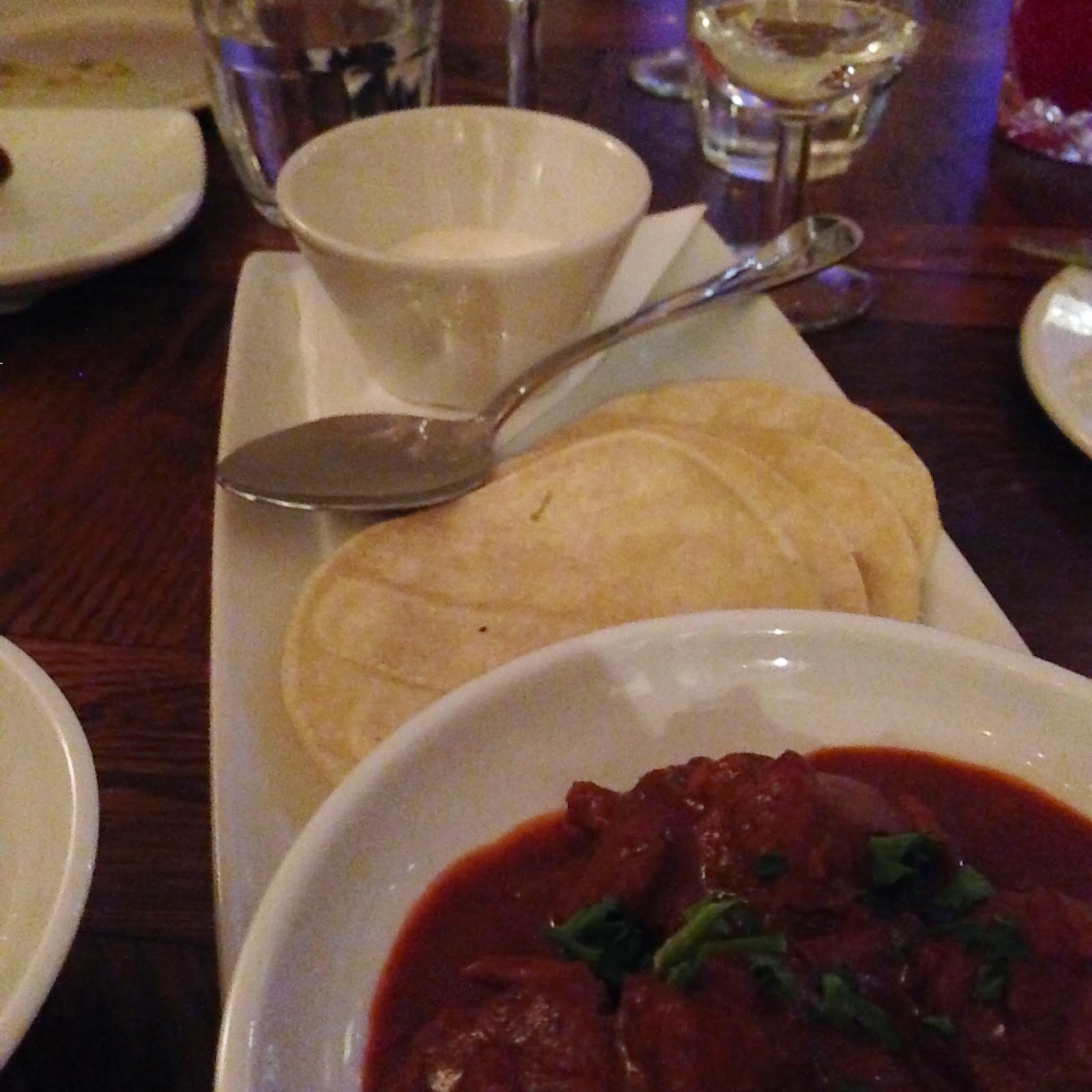 El Nivel is owned and run by the folks wot own Ocho Tequila. A sparklingly light, fruity tequila that I could describe far better if I still have a glass in my hand, but some b*stard ran off with the only miniature I had. Either that, or I drank it and don’t remember - which is slightly worrying.

A two storey venue, El Nivel has a lively downstairs bar/restaurant and a far more sedate restaurant upstairs, perfect for a quiet meal and chat. The service was positive, friendly, considerate, with the barman offering to test cocktails out on us. Win, win, win, and win. Take note other places I have visited recently (but won’t name), this is how you earn your tips.

Now, if I was a good food blogger, I would have spent my time at El Nivel taking yard after yard of funky pictures at jaunty angles. I would then list the ingredients of every dish, following each description with one word...FANTASTIC...and probably six or seven exclamation marks.

I’m not though, I’m a lazy food blogger. So you’ll have to make do with some ropey pictures of a couple of dishes I took in the soft dim light of the restaurant, not a single one fit for Instagram and as far removed as possible from the picture I took of the trio of dark chocolate dumplings with yuzu and ginger infusion, and a glass of 2013 Moscato d'Asti, Vajra. 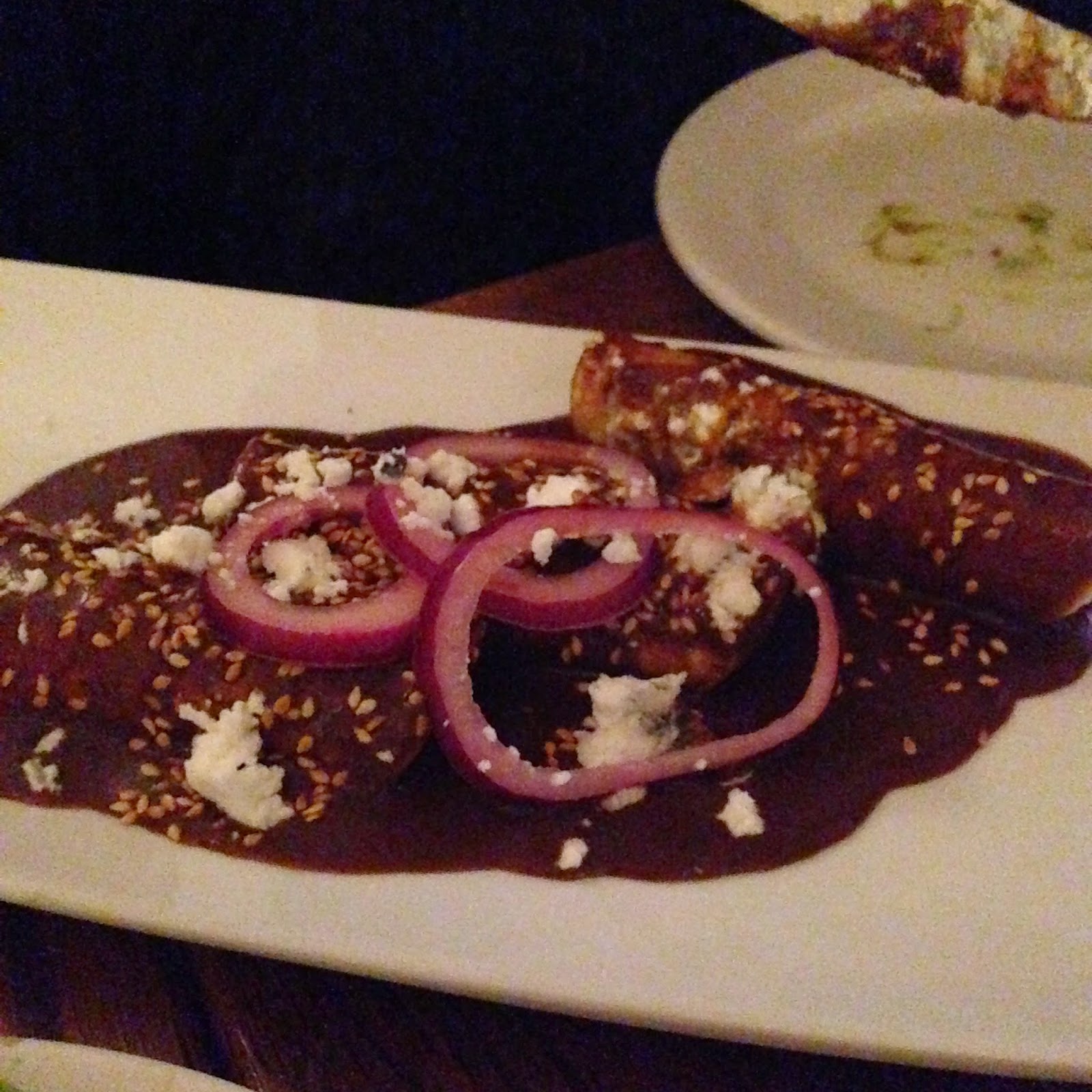 I can’t remember the dishes that well either, but I do have some good excuses for that. One, I’d drunk quite a bit of tequila; two, I was with friends; three, one of them announced she was now engaged (or her boyfriend had smoked a cigar - I can’t remember how those two facts became so confused); four, I’m a lazy food blogger; five, and most importantly, it’s tapas.

Tapas doesn’t suit us English. It’s a cuisine suited to pushing, shoving, sharing, grappling,  and a strong set of elbows. I want to act like this, but my English sensibilities restrain me; leaving me sat with plate in hand, offering a dish to everyone that really I want to scoff on my own.

All of this politeness and plate passing creates confusion. Ultimately, you grab what you can (within the boundaries of reason) and don’t have time to take even a mental note of what you ate - so thank God for PDF menus.

The Tostadas de Atun ‘Luzia’ (the tuna) was possibly my favourite dish. Small cubes of cool tuna sat on a crispy tostada. A close second would be the chicken, goat’s cheese, and lime wrap thing. Served with a chocolate reduction, it was definitely a different dish, with a good dose of flavour. The same good be said for the guacamole. Not just a bowl of diced avocado, this had more fruit going on then you can shake a stick at, including some white squares of something that I still can’t name. 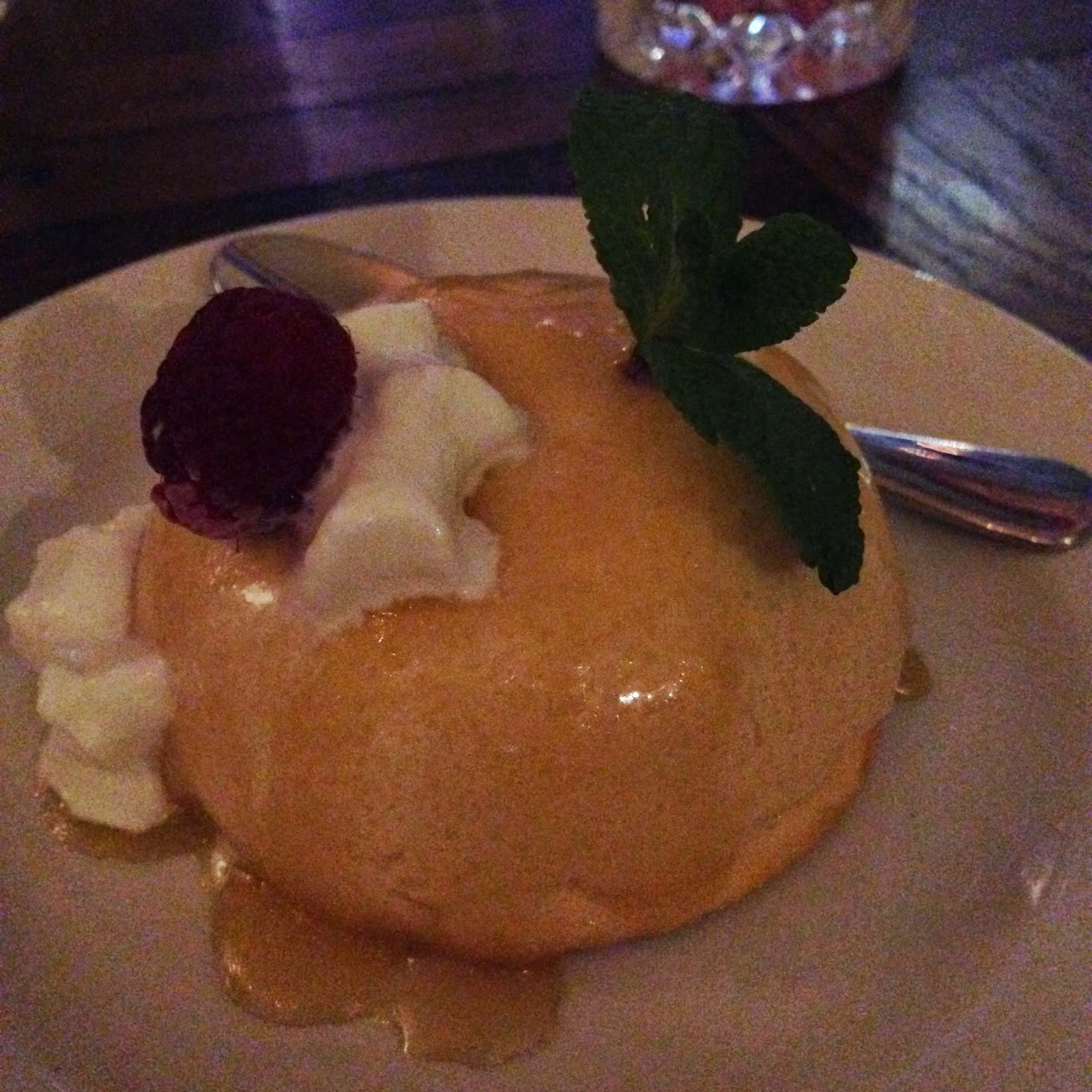 On the negatives, the pork cubes weren’t the greatest. Crisp on top, the fat underneath the thin layer was too much like jelly for my liking. The lamb cutlets disappeared without me noticing, which can’t be a good sign, as I did eat half of one. The pudding too: too thick and rich a chocolate moosse for a full glass, it would have really benefitted from being smaller and served with a nice fresh lump of ice-cream, or something similar to cut through that richness.

The meal ended with a glass of mezcal from QuiQuiRiQui (seriously, no spaces?) - a mezcal closer to the citrusy notes of tequila than most typically earthy mezcals tend to be, but no less delicious.

Jesus, I clearly was listening during the tequila tasting a fortnight ago. Perhaps those miserable memories aren’t so miserable after all. Just another year of that rush to squeeze into the stinking armpit that is the Northern Line, spend the day counting the seconds until your next coffee, drinking tequila, and endless meals out, kind of working life, and I’ll be back on the slopes.