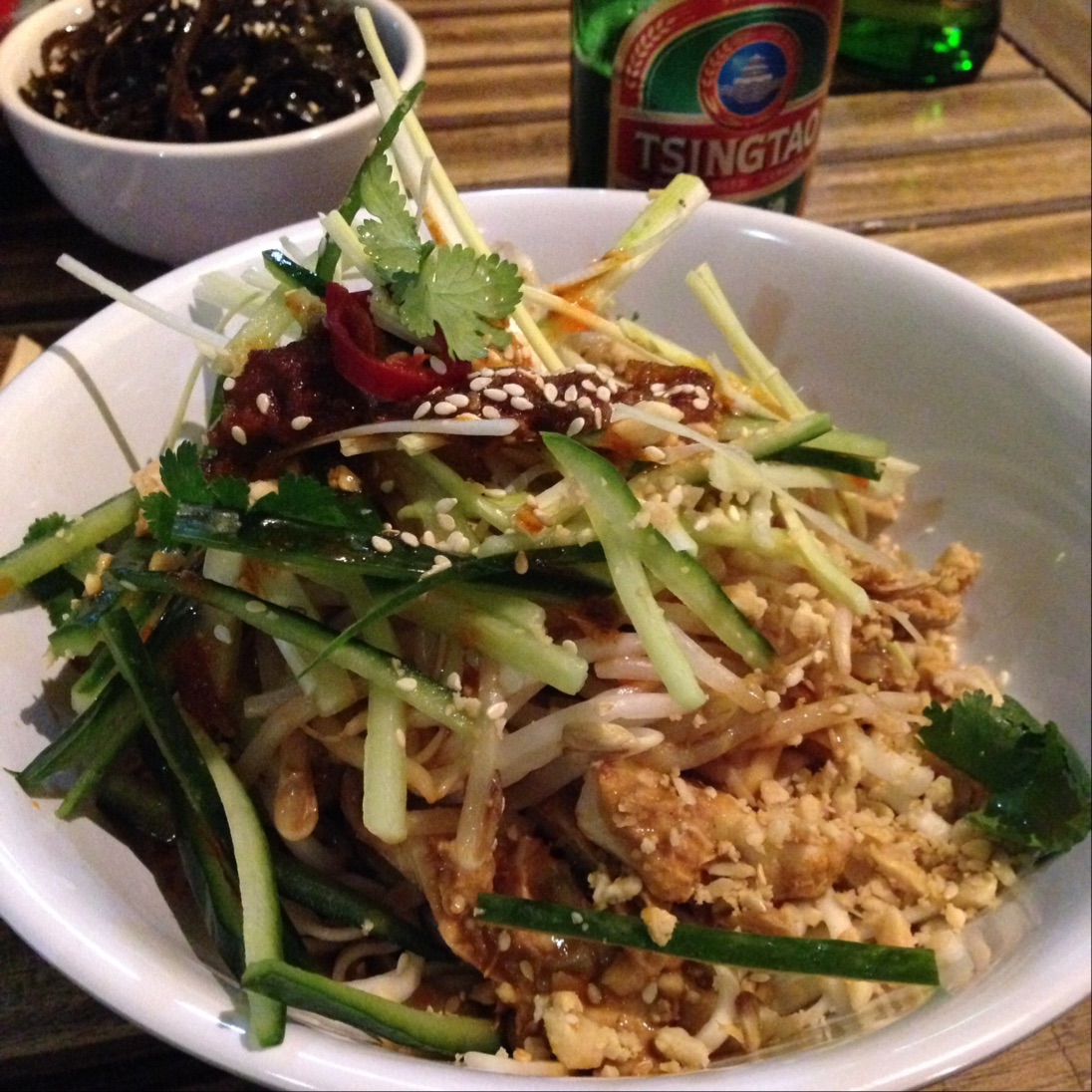 In January, you want to spend as little time outside as possible, especially in the cold dark evenings. However, after a run (that’s right, I have to burn these calories off somehow) the thought of cooking is equally galling.

Showered, changed, and back down to huddle in the warmth of the tube, Brixton in winter is far removed from the Caribbean heritage it so proudly boasts. A criss-cross of railway bridges and elevated walkways, almost everything in Brixton drips when it rains. There’s always a slightly disturbing smell around Electric Avenue too. The juice of the day's fish hosed down poorly maintained drains.

With three tramps huddled in an archway, shouting unintelligibly at passersby, it’s no wonder that when I first visited Brixton I was back on the tube within five minutes.

Brixton Village is a small beacon of light at the end of the dripping walkway. Quiet on a January weeknight, you have your pick of the vendors who’ve decided to open, rather than the endless queues of the summer months. Still, indoor seats are at premium in the tiny restaurants, so the cold air of the cavernous roofed market has to be braved if you want to be fed.

Mama Lan has been on the list for a long time - although I can’t think of anywhere in Brixton Village that hasn’t. Dumplings and noodles make a nice change from the fried meat of most restaurants in the area. The dumplings are small, plump, meaty bites that steam your mouth and stay hot for a lifetime. The pork and chinese leaf (the only ones I ate) had a real whack of garlic to them and a deep rich meat.

Noodles here are either a soup or a salad. The latter is slightly misleading if you’re expecting the sort of low-calorie nonsense that a stick-thin model might be hunting for. This is a large bowl of noodles, with lush green cucumber sticks laying atop spicy pieces of thoroughly tender chicken, with a sprinkling of peanuts. I’m almost guessing at the last ingredient there. I don’t take written notes when I eat and the hunger from that cold run was too distracting for me to make a mental one either.

A delicious dish, the noodles. Hearty is probably a word I use far too often in winter, but it can definitely be applied here. I left full, satisfied, and well fed for my twenty pounds (including tip). That and the drips from the walkway outside, a small price to pay for not having to cook at home or do the washing up.

When the warm weather finally returns, so will the queues in Brixton. Being so close to the Village’s door, they’ll be ten deep waiting for dumplings at Mama Lan. I won’t be joining, as I hate to queue, but I’ll definitely envy those at the front.

p.s. They also have a restaurant in Clapham.