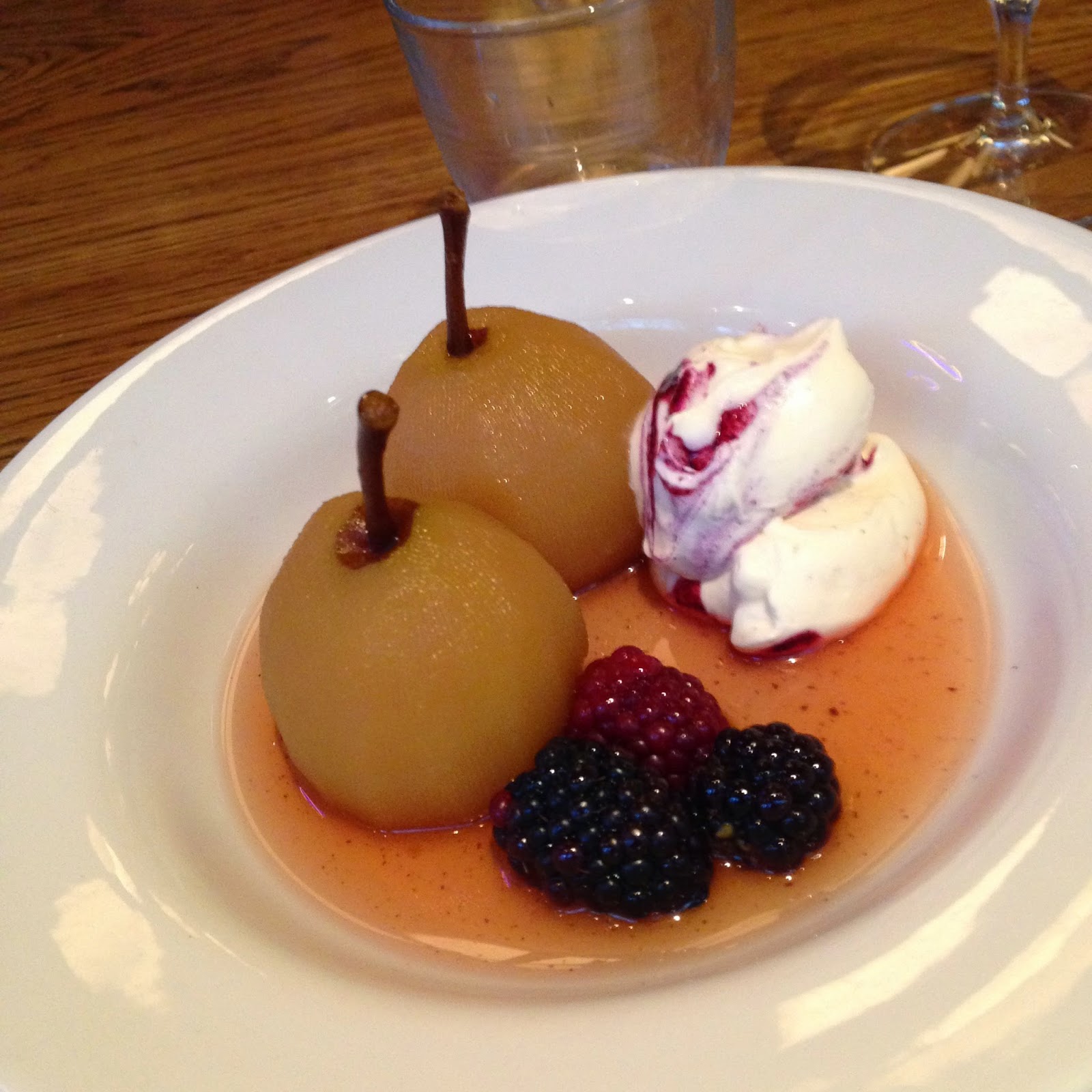 
I wasn't going to review Hix Soho, for one thing I didn't take many photos, for another I wanted a meal off without worrying about what I was going to write. But, why break the habit of a lifetime? Or at least one from the last two years.

Soho is a trendy old place and Hix is no exception. Leaving Oxford Circus station via Argyll Street, the tourists melt away around the landmark that is Liberty, replaced by the trendy folks wandering the side roads that flank Carnaby Street. Bags from new-vintage shops dangling from one hand, an en vogue cocktail in the other, while wearing the heaviest of all the denim - there's plenty of places for these guys to call home and the bar at Hix has a stuffed fox; that alone makes it perfect for this crowd. 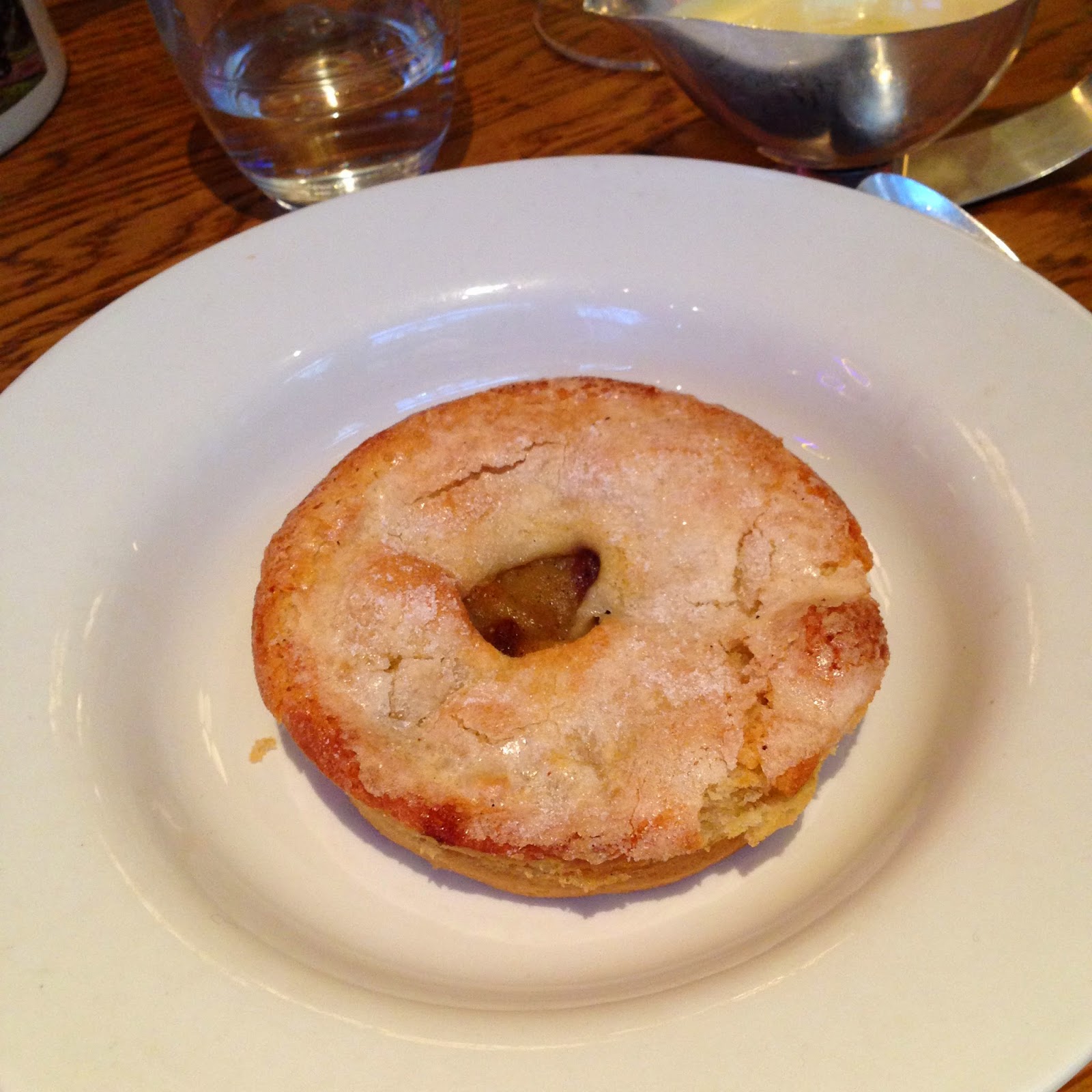 Ignoring the complaints of some older folks about the quality of the chairs on offer, I liked Mark's Bar, as it's called. A long list of spirits, competent bar staff and no raise of an eyebrow when I asked for my whisky in a different glass. Well, what's the point of all these trips if I don't at least learn something?! It was quiet too, for a late Saturday lunch - the trendy crowd not yet out of bed. I drank a gin and tonic. Gin seems to be the flavour of the month, but I wasn’t quite sure who was paying, so I hedged my bets with a Tanqueray 10.

The bright lights and open space of the Hix restaurant is a stark (bright?) contrast to the bar downstairs. It’s my biggest bug-bear of day-time basement drinking. Like a long-haul flight, your body thinks the time wrong, not liking the sunlight that it’s not expecting to see. If only someone hadn’t been playing with the lights, that might have helped. It would have also been nice for the good service of the bar to continue upstairs too. For at least ten minutes (or it could have been fifteen - damn that basement jet-lag) we sat waiting for someone, anyone, to take a drinks order - the French guy whose accent was so thick as to make his words incomprehensible, the suited guy who helped to put the napkins straight, or any number of the other waiters who looked in every direction but ours. It was all very aloof. Perhaps I’m just not cut out for this part of town; everytime I visit I meet staff whose priority is anything but serving me.

The food, when it arrived, was good. Excellent in many places. The snacks of crispy pork crackling, parsnips crisps, and padrón peppers, were an amusing distraction. The price probably a little cheeky on the feeble bowl of crisps, and to be told the peppers would be delayed as ‘they need to be cooked’ is beyond a joke. When presented with the bill, I was inclined to remark that the money need to be earned, but then I wasn’t paying. Things began to settle when the final starter arrived. It was a salmon pâté - we’d already had one delivered; clearly someone couldn’t count. My plate of whipped squash and goat’s curd was tasty in parts; a tangy cheese, but a fairly bland squash. I suppose it is squash, whipped; I can’t expect much more. The main was far better. A duck hash with a double yolk-egg balanced on top. Earthy flavours from the meat, sticky sweetness from the egg, very morish. They can keep the white. Again, it’s white - what more can I ask? Well, perhaps a few more potatoes. I was warned not to order them as the hash is mainly potato. True, but I could inhale this number of potatoes and not worry about indigestion, choking, or even notice for that matter. Had this been my only side, I would have been disappointed.

Finally, an apple pie, smothered in custard. You can’t go wrong here, surely? Even I can cook a killer apple pie and I don’t even own a pie dish. I’ve had poor ones before though and not a million miles from where I sat, so I approached it cautiously. I needn’t have worried. This was a bowl of comfort that, even with a coffee, pushed my eyelids firmly closed. A good way to close the meal and by now there seem to be enough alert staff on the floor to get the plates tidied and bill settled quickly. Although, I wonder if that waitress who said she’d be back for the coffee orders is still be wandering around looking for us?