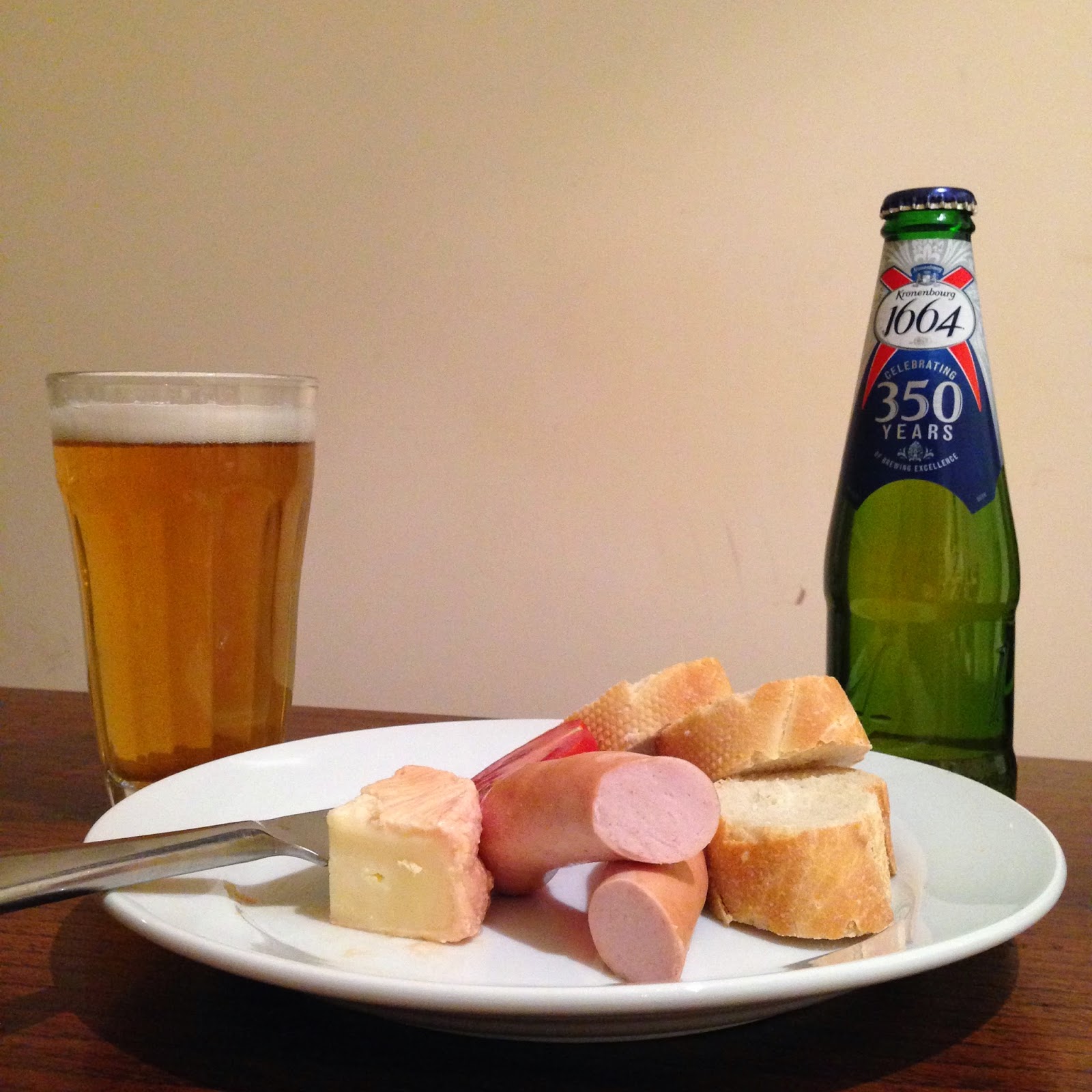 
It's a strange life when you regularly receive emails offering free beer. Usually, it's some unknown brand of Eastern European lager, brewed for seven centuries by left-handed Slovakian Kings. This week, however, it was Kronenbourg. A French big label beer, probably brewing up millions of litres a year, and definitely employing Eric Cantona to tell all about the quality of their hops. Now they want me to say a thing or two about them. I can't blame them really: if Eric isn't working, I'm an obvious second choice. 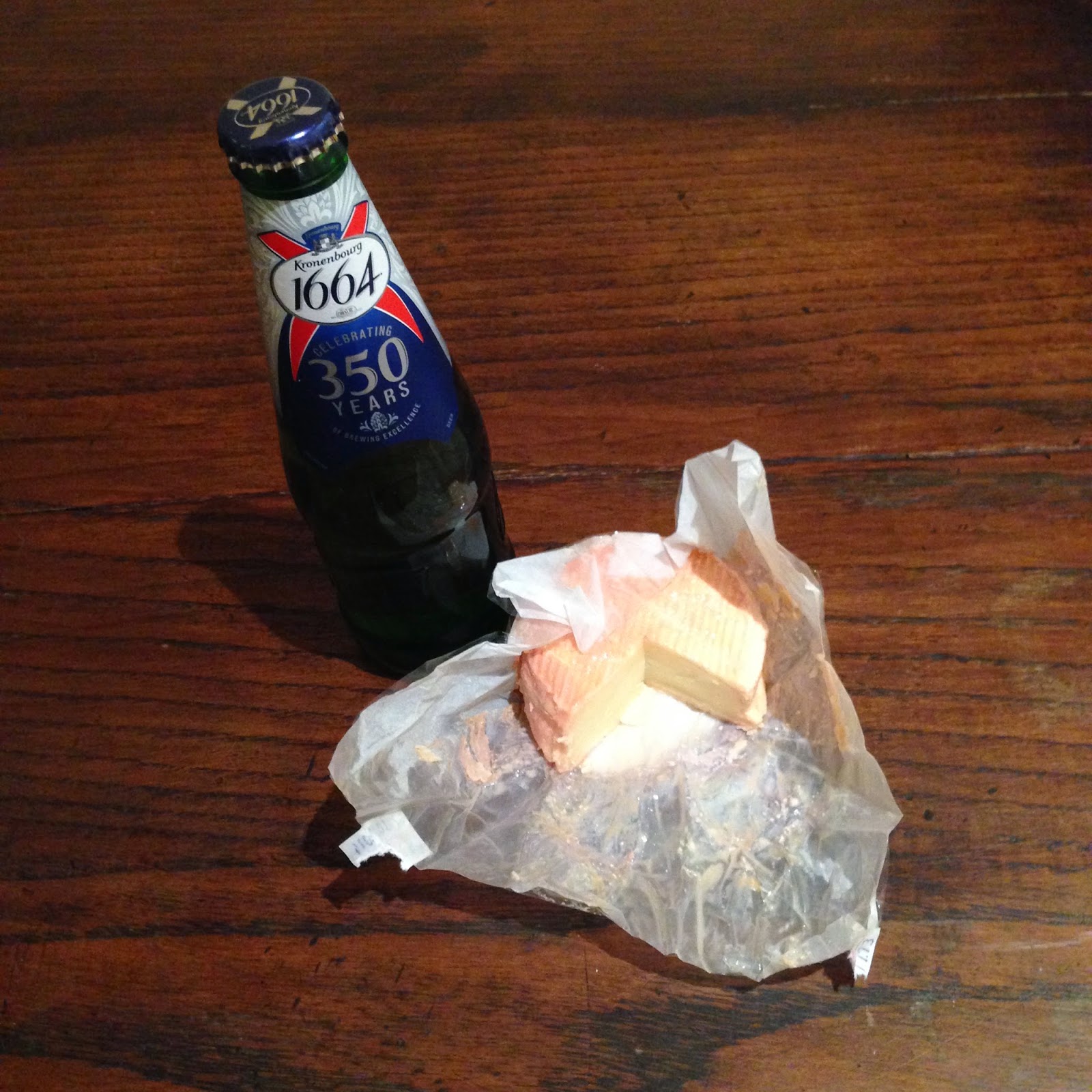 The angle here isn't some imagined world where Gaelic farmers drive Ferraris and are worshipped for their craft. Rather, it's the serious business of what to eat while drinking beer. So, instead of the usual bag of Mr Porky's, a borrowed dining table - that looks far more rustic than my landlord's - found itself modelling a couple of cold beers, a handful of Alsatian sausage, and a cheese that smells so French it brings tears to your eyes. Sadly, not a pie in sight. 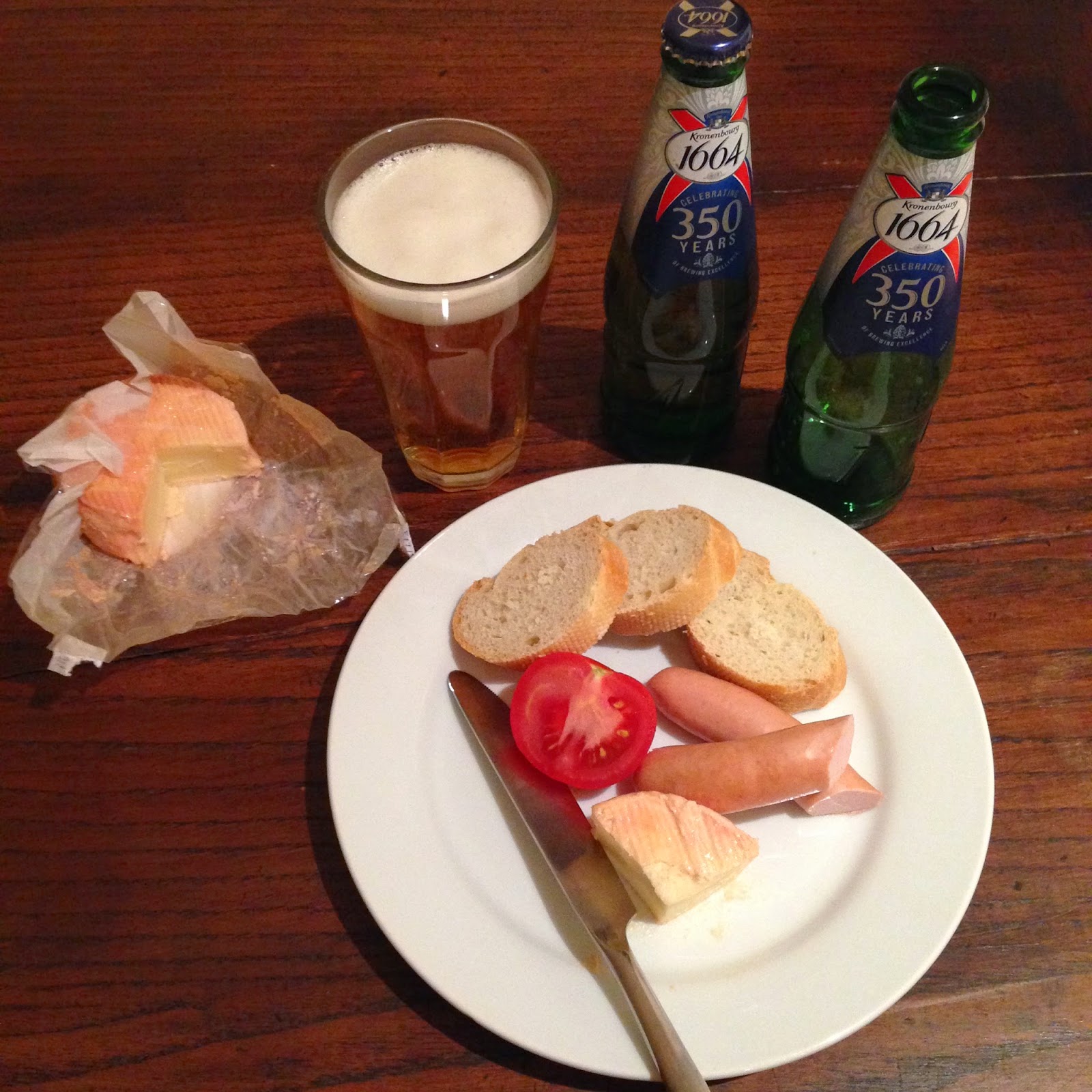 The cheese, a Petit Munster, left a lingering smell on every surface in touched, including my fingers. Not dissimilar to a certain brand of cheesy crisps - "this cheese taste like Wotsits!" - the taste is far lighter than the orange dusted rind would have you believe, yet still manages to bring through a dose of the lingering flavour. The sausage is that German stereotype frankfurter, far better than Ye Olde Oak, though I'm still not a fan of a boiled sausage. I suppose I could have grilled it, but I was following orders. 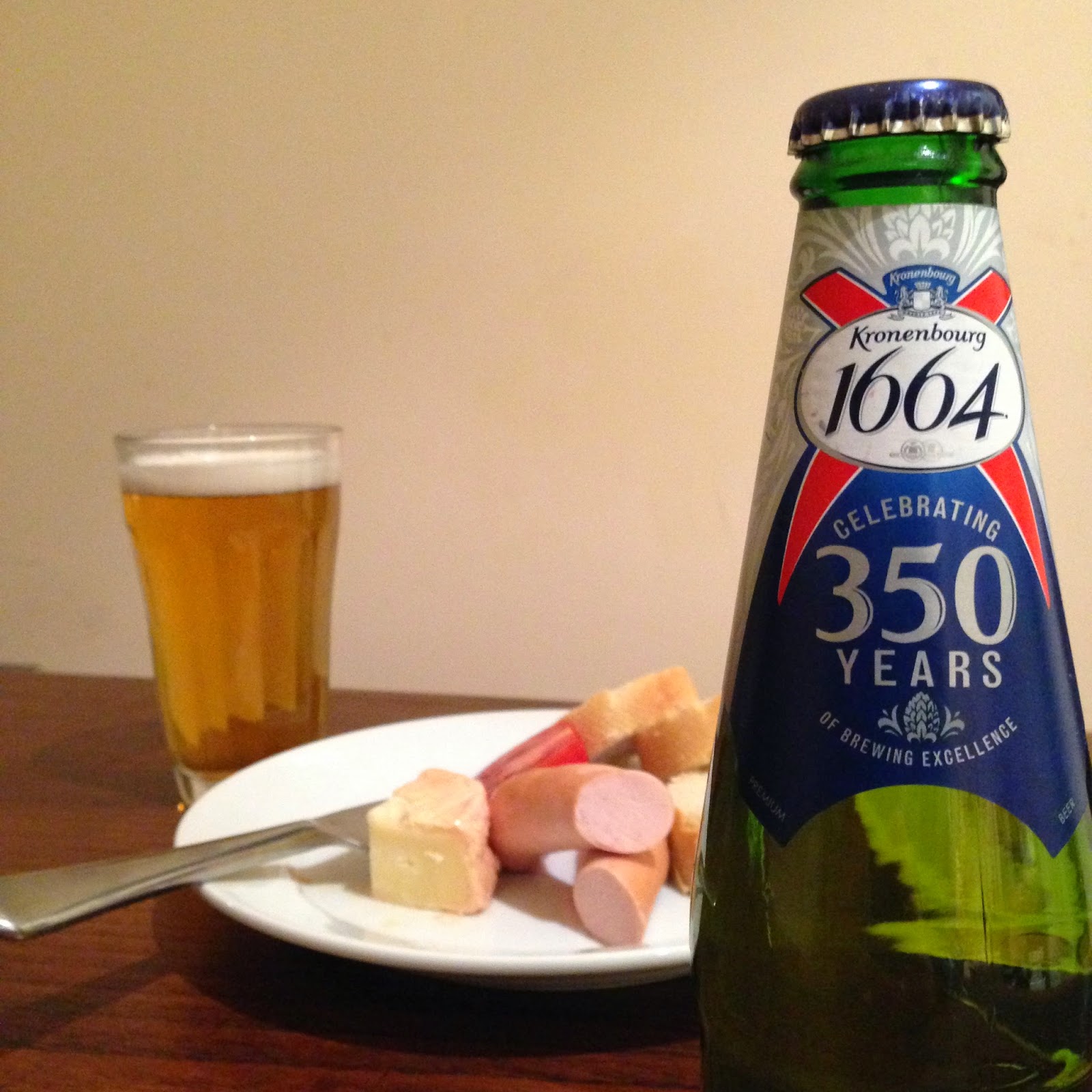 What about the beer?! I can hear everyone (hi Mum!) shout. It was a Kronenbourg. Plain and simple. Cold, plain, and simple. Standard, cold, plain, and simple. It was a Kronenbourg. Did the food enhance it? Well, it gave me something else to taste and something else to think about, so it was a worthy accompaniment; not one that's likely to kick a bag of Scampi Fries into touch, mind you. I had fun though and that's the main thing, I suppose. To the overture of Eastenders I arranged the plate, took some nice photos, and sipped and nibbled. It's not a trip to France, but the musty cheese definitely took me part-way there.