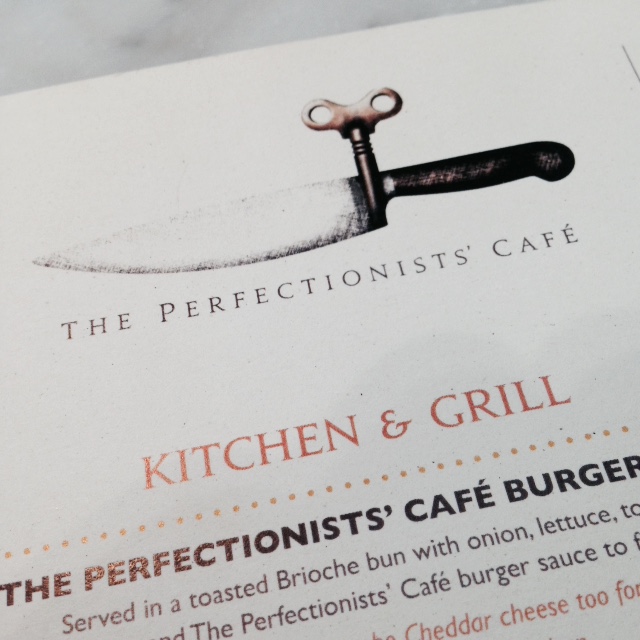 I've not had many better airport experiences than I've had in the UK. My passport isn't that stamp-heavy; true, but the airports in New York were both dull and rank - strange, given the Americans love of commerce - and the less said about the Eastern European ones the better.

Unlike our service stations, that trot out the same tired old garbage, all priced at £6.95 or higher, UK airports seem awash with choice, including the relatively budget options of Pret, a pub or two, and (at worst) Eat.

The more gourmet choices, I've sadly managed to miss; but, with two hours to kill at Heathrow's Terminal 2 and a credit card that wasn't mine, it was time to make amends. Straight to Heston Blumenthal's Perfectionists' Cafe it is then. 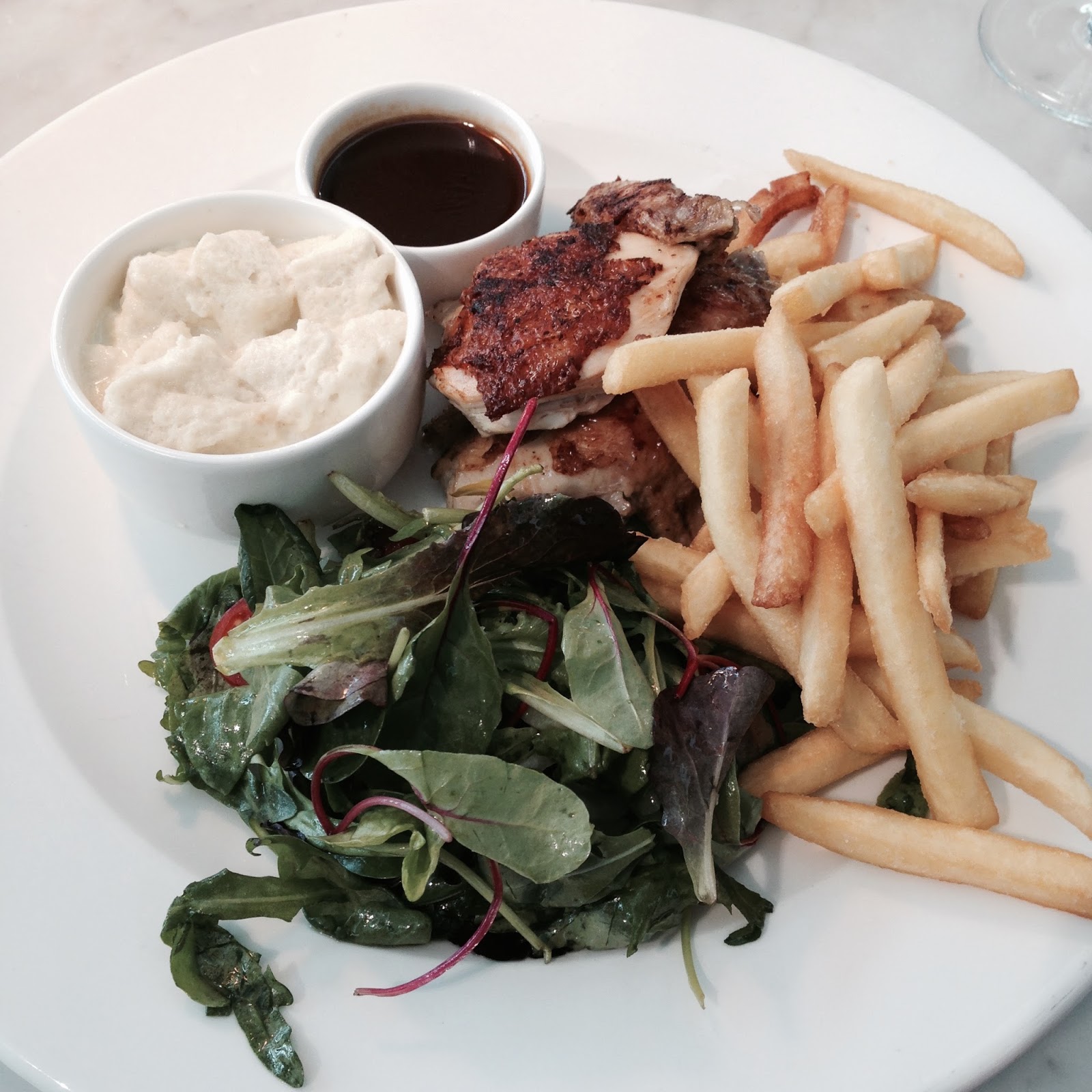 As you'd expect, this place isn't true Heston. He might have seen the menu, once, and clearly posed for that God-awful mugshot that looms large over the diners, like some terrible acid-induced 1984 inspired trip; but, I doubt he’s actually set foot in the place.

The prices reflect that lack of true Heston. The mega-bucks you expect to pay in Bray are as absent as the waiting staff seemed to be. Still, it's not cheap. £24 for steak and chips is pricey, while the £16 charcuterie board was so scant, the pig it was taken from probably suffered little more than a slight graze. The £3.50 sliver of lemon drizzle cake was by far the worst offender. Gone in two bites, at the most, it was dry as dust and twice as flavourless. 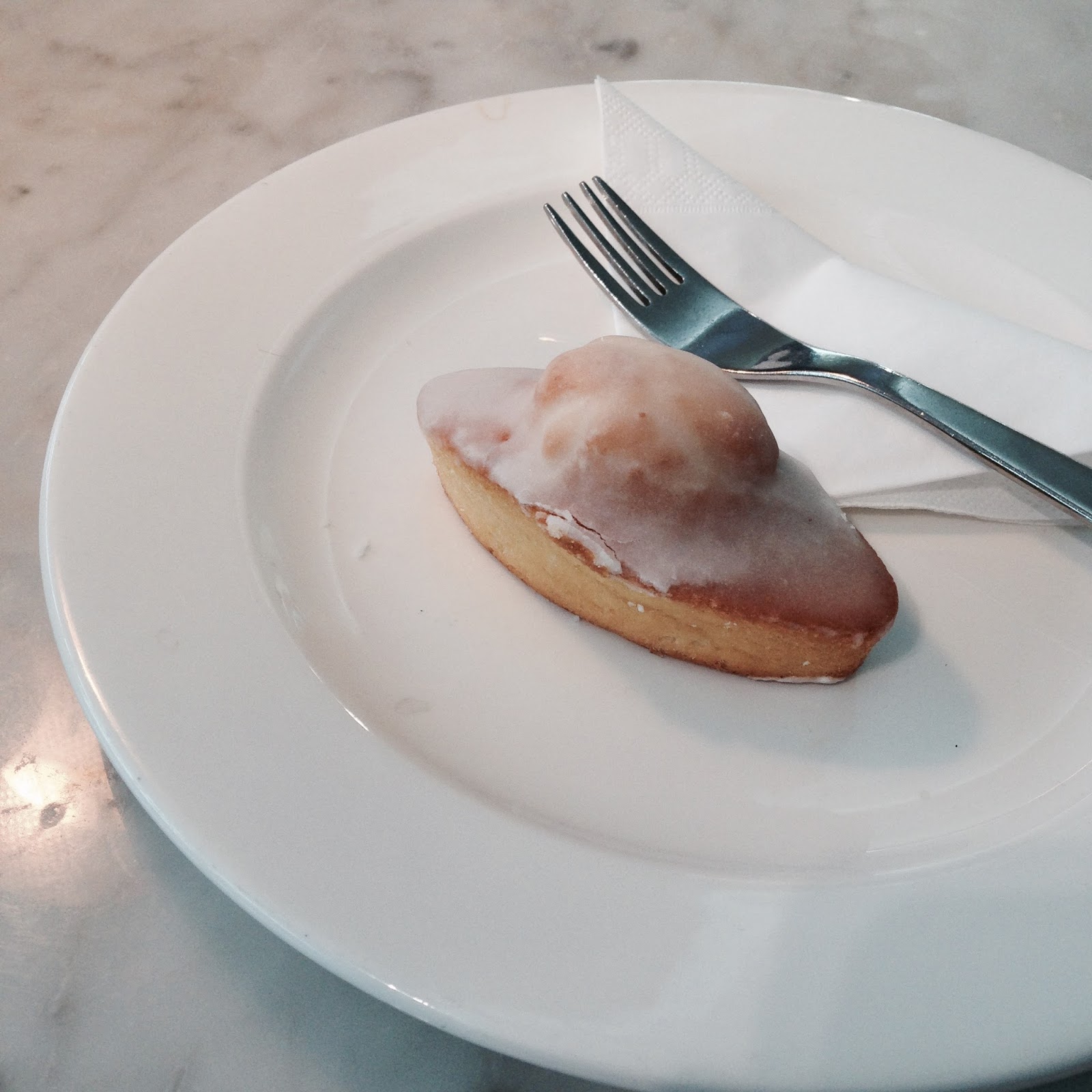 My chicken main was great. Crisp, hot fries, sweet, moist chicken, with some interestingly odd bread-sauce dish on the side. A winner and I can't imagine that steak was worth the extra £7; not when they charge another £3.50 on top for a salad. That's steep, when you see the handful's worth that comes as standard with the chicken. Again, the lettuce it was taken from probably suffered little from the absence of those leaves.

Finally, we have the cocktail. An £8 Tommy's margarita - the low cost of which did surprise me, until the glass of over-diluted, bland dishwater, served in a water-stained glass landed on the table. Disappointing, very disappointing, which, conveniently. is exactly how the whole experience at Perfectionists' Cafe can be summed up. Next time, I’ll stick with Pret.