I am a big fan of the Turl Street Kitchen. Located in a formerly dilapidated three (?) storey building at the end of the picturesque Turl Street (as the name suggests), Turl Street Kitchen is a proper student-chic venue offering a 'for all occasions' ethos. Reclaimed tables, angled lamps, ancient sofas, coffee, beer, lunch, and dinner. Their profits also support Oxford Hub. 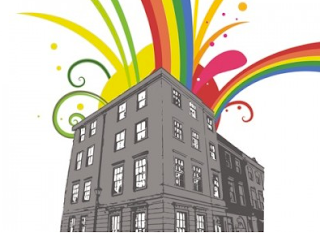 As with the Missing Bean at the other end of the street, the perpetual student sit-in gives a friendly feel, but does occupy almost every table in the bar/lounge. Dinner can also be tricky if you haven't booked, although this time it's paying guests taking up the space.

Drinking a sparkling and crisp Freedom Four (4.0%), sat alongside my guests light looking Marlow IPA (3.7%), I started the meal with a beetroot, pear, and walnut salad and followed with a buffalo rump steak. Both were large, and I do mean large - the salad on it's own satisfied my hunger, but I couldn't resist the pink of that steak. I have to question the chef's mustard fetish though. The beetroot was the worst, but everything in both dishes arrived coated in a mustard dressing that hit my nose like a pepper-spray and required most of the Freedom Four to cool.

Aside from that single moan, Turl Street Kitchen is one of Oxford's best and should be paid a visit by residents, students, and tourists alike.