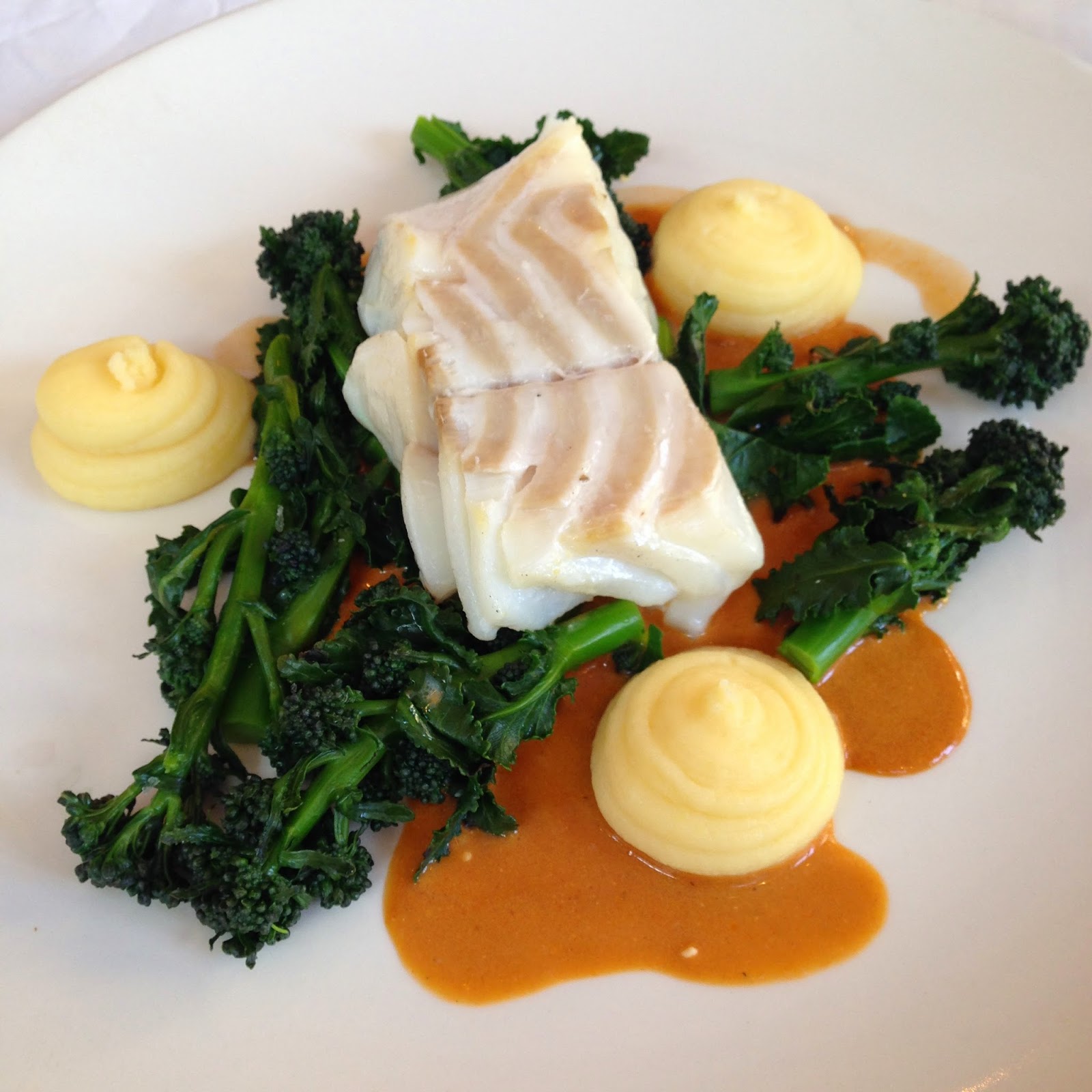 Spring is the saviour. Just one mild day of shimmering sunshine casts out the misery from people's minds. Everyone is happier, cheerier, more positive, with at least one idiot wearing shorts.

Nowhere is better than London in the spring sunshine. The tube isn't yet too hot, the streets aren't yet too dusty, the buildings seem to glow, and even the taxi drivers have a smile.

Whether it was the blue sky and the sun or the lengthy amount of sleep that night before, there was a bound in my step as I made my way along Market Place, north from Oxford Street towards Bonnie Gull.

If there's a better place to be on a sunny day than London, it's the seaside (sorry London, relegated within two short paragraphs). Bonnie Gull - described in a style only Kevin McCloud does best - brings the seaside, inside, to London. 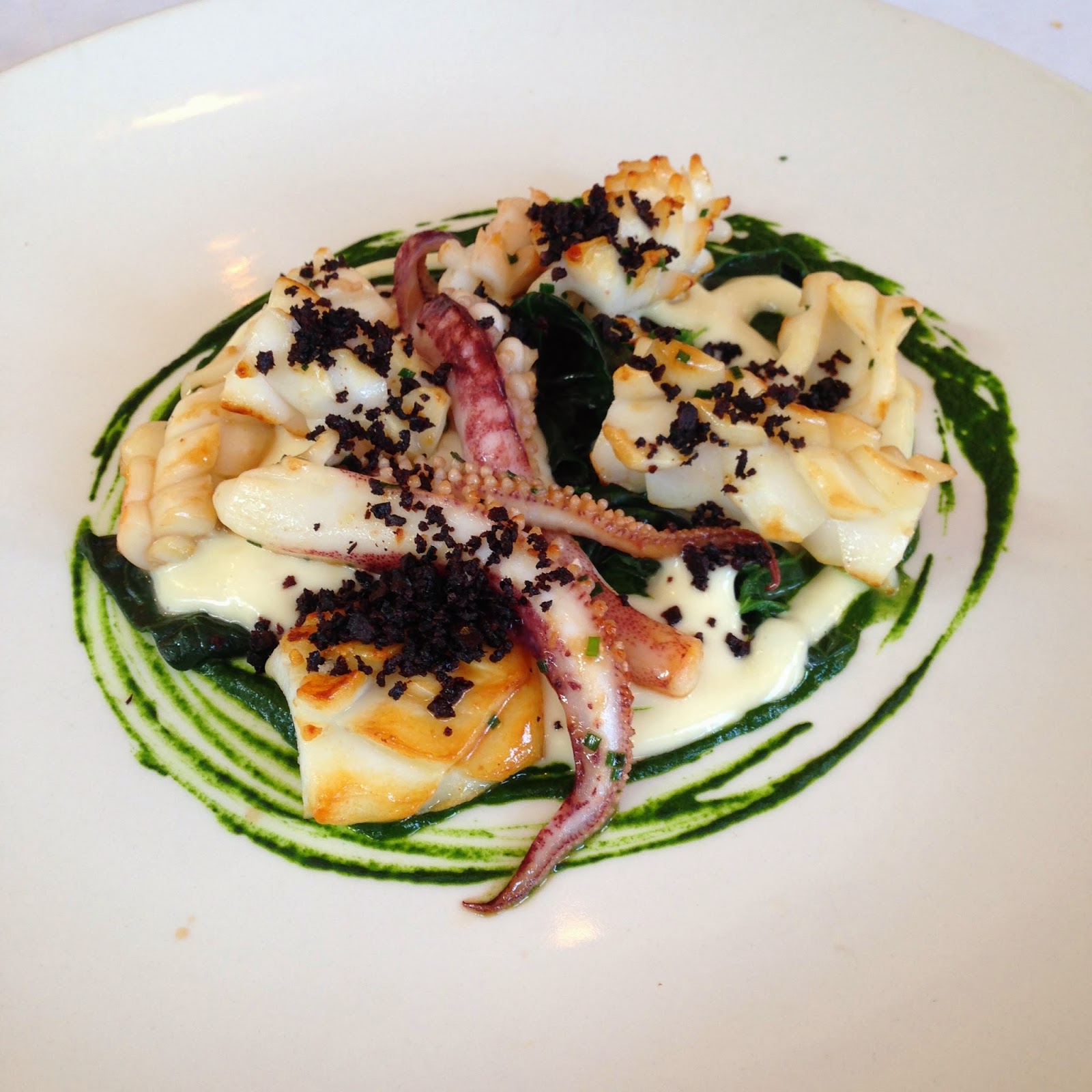 A small, neat restaurant of driftwood benches and various fishing accessories wound across the walls, Bonnie Gull is like a beachside shack - but better. There's no sand in the bread, no salt on your fingers, and no procession of children screaming like the possessed as they're lead to the toilet. Although there is still that idiot in shorts.

Let me correct that. Bonnie Gull is like a imagined beachside shack. One from the 1920s, where service is polite and competent, and the food of the highest quality and immaculately presented. There's no micro-chips here and a styrofoam cup of cockles, all served with a good dosing of sand blown in by the wind, and those damn children screaming as they're led to the toilet. It's only March! Why is that guy wearing shorts?!

Our starters at Bonnie Gull were to share. A scotch egg, a plate of squid, and a mackerel pate. It all sounds so simple written down, but it's not. Look at the pictures for the Lord's sake and tell me you don't want to eat the screen. That's good food. Really good food. Tasty food that you'll eat a plate of and wish you had more. Why bother describing it? Delicious. That's the only word you need.

My main continued in the same vein. Flaky white cod with mash, broccoli, and a langoustine reduction. That perfect balance of flavours: the plain fish, veg, and carbs, brought to life by the intense sweet reduction of seafoodie goodness.

I'm always slightly worried about the lack of carbs in such a finessed main course. Chefs of a high standard just don't consider the needs of the carb dependent man. But a sharing starter, a fair piece of fish, and a pudding mentally selected prior to starting is always likely to be more than enough, so I wasn't overly concerned - and banoffee pie is never going to fail to fill a hole, is it? 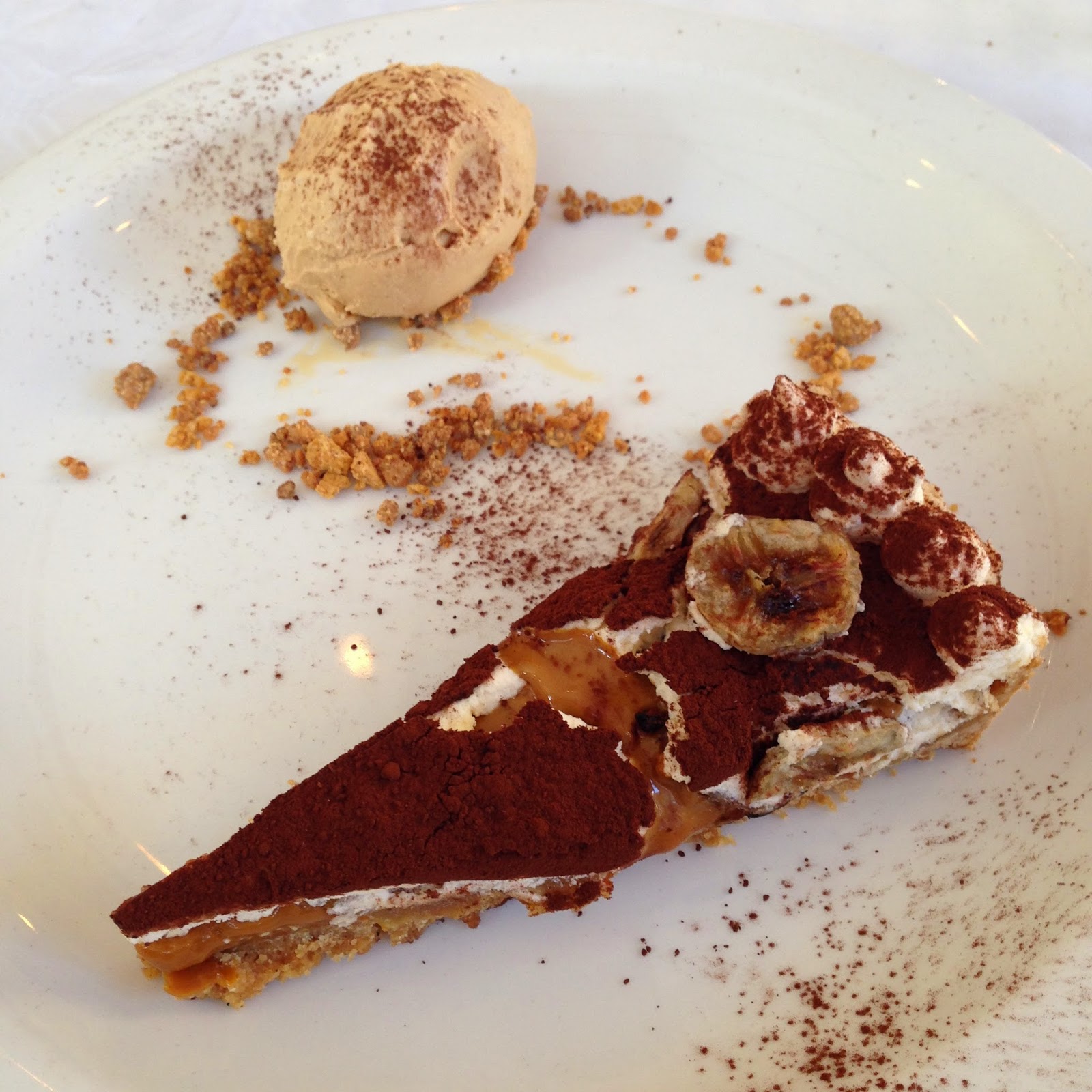 A thin wedge of a deeply rich dessert crumbled under the fork and clogged the arteries in the way a good pudding should. It makes me feel full and nauseous at the very memort. Yet, I'm still clammering for that next hit of sugar and dairy, like all addicts do.

Salvia inducingly good. Just like the rest of the food and what more to put a spring in my step than perfect food on a spring day, bouncing my way along the Oxford Road to witness the inevitable defeat of my football team - the Lord's good work (and the chefs), all undone in an afternoon.

Still, if your Saturday contains guaranteed misery, a visit to Bonnie Gull is far from a bad way to dull the pain.