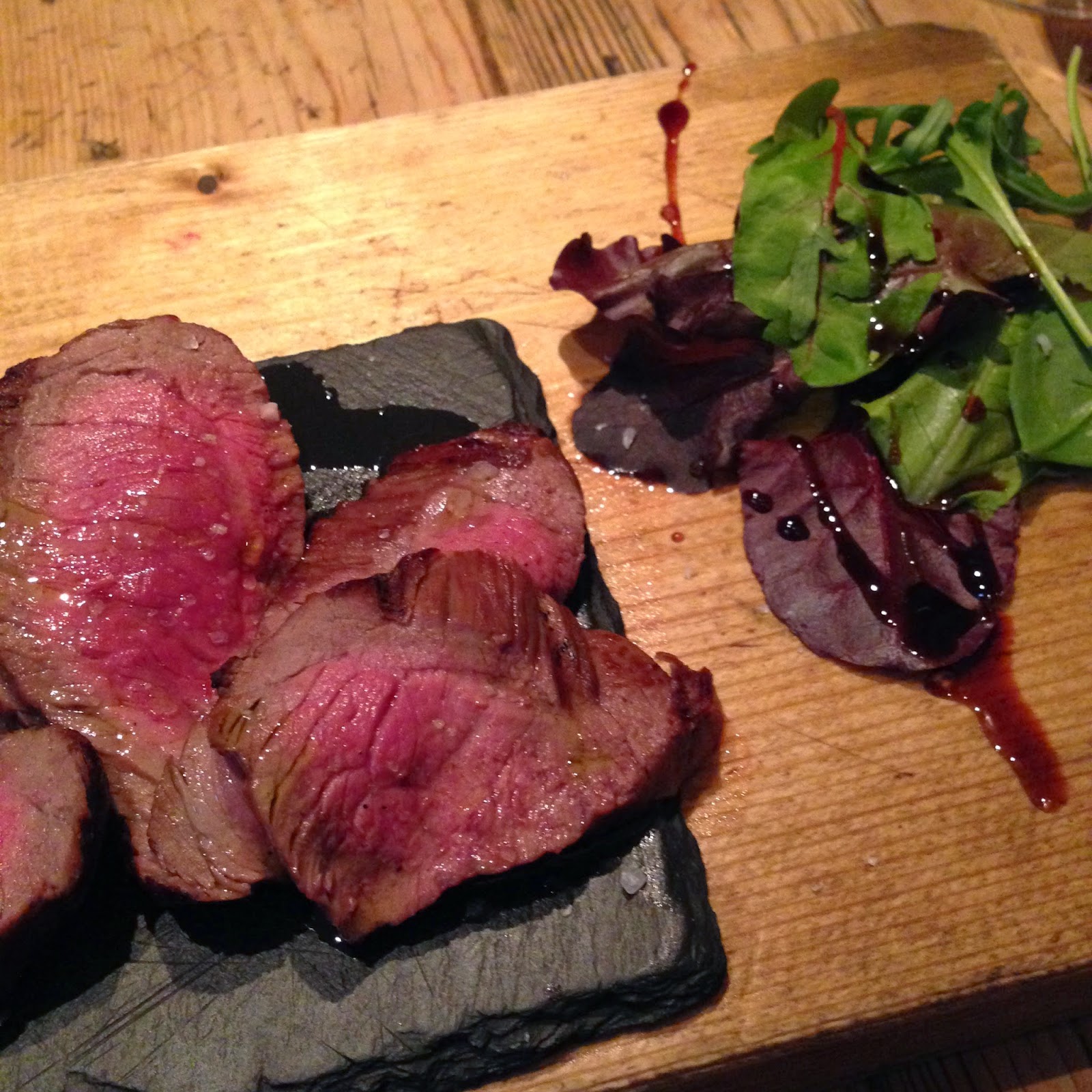 What do you want from steak?

A thick, juicy, tender slab of meat, larger than your head, cooked to perfection, and served with scant regard to the sides.

Sure. You definitely want that. But you also want the majesty of the steak matched with an equal dose of theatre.

At Benihana, for instance, the meat is fried centimetres from your fingers by a seemingly unhinged chef, who wields a cleaver and shouts incoherently, while his hat is on fire.

In a steakhouse in Sao Paulo, the steak is wrapped around a steel spit and sliced almost directly into your mouth.

At the Paternoster Chophouse, the meat arrives on a chopping board, held up at eye level on a metal rack.

While in Romania, four men at the head of a torch-lit procession carry the steak in a coffin.

Theatre. See. It's what everybody wants. 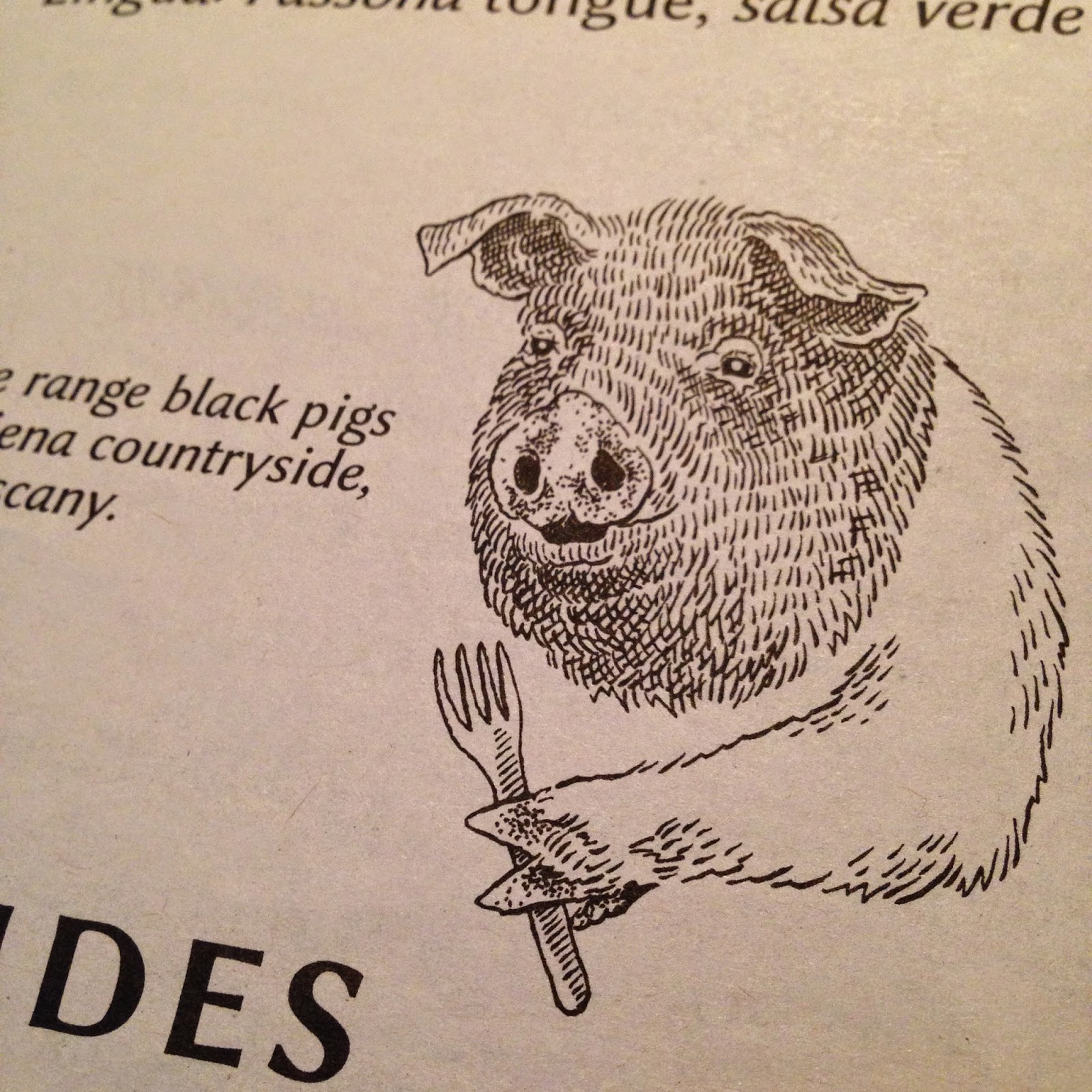 Macellaio Roberto Costa in South Kensington has theatre before you even open the door. A window of hanging beef sings to the world outside. It stops people in its tracks - honest! This isn't an ordinary butcher, with an array of meats, flanked by fake grass and box of eggs. This is a pure butcher, offering up a single piece from a single animal that needs no introduction.

Inside, tables, chairs, and a chandelier constructed from wine bottle  - just what you expect from any restaurant. The waiter (impeccable) explained the menu, offered some advice, delivered the food, and stabbed steak knives into the table bolt up-right. 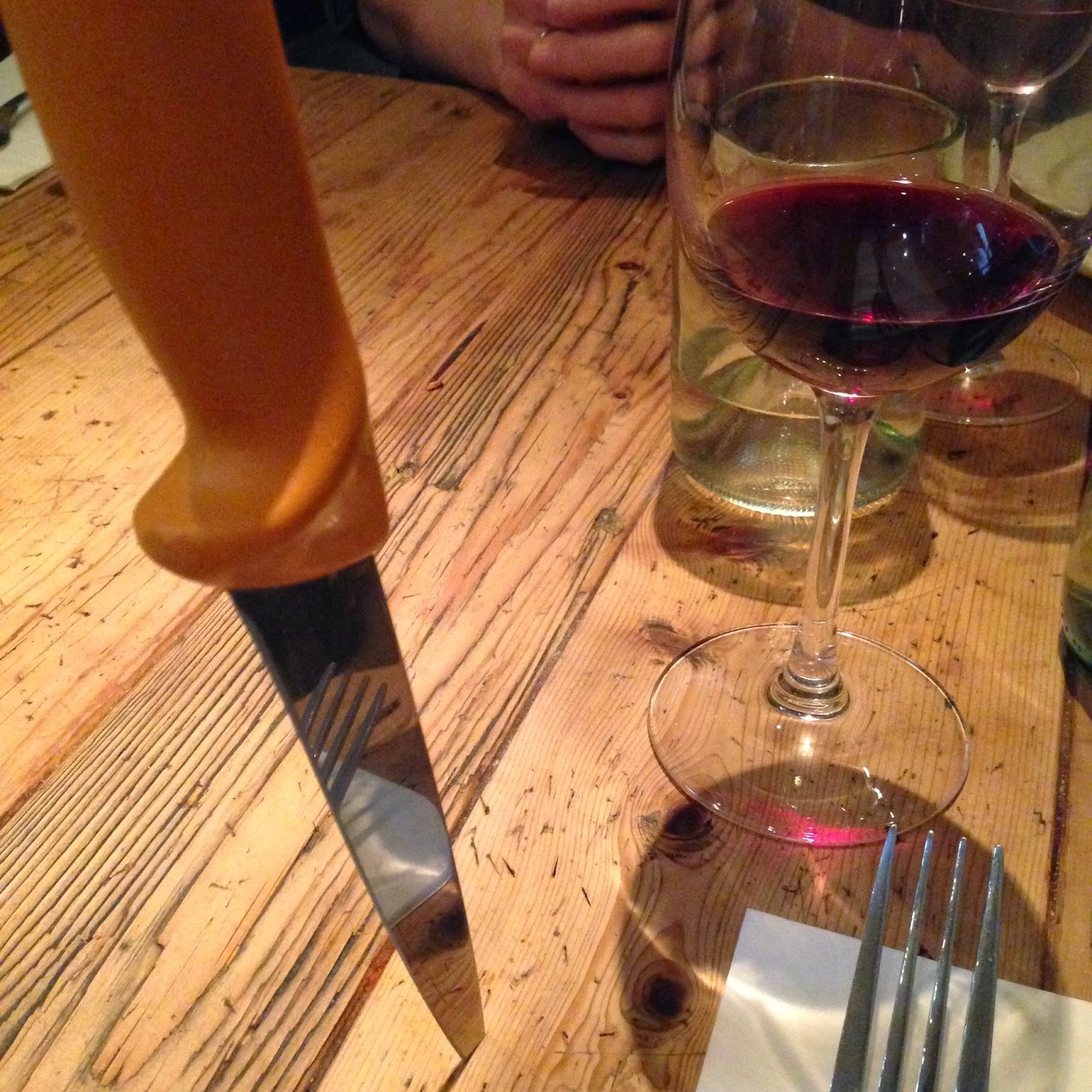 The starter - beef carpaccio - was no less dramatic. Thin blood red beef, layered across a small tile on a large chopping board, presumably to keep it cool. The steak - tagliata - is possibly the smallest thing they serve here, weighing in at a measly 250g. Pre-sliced, so you don't burn unnecessary calories with the cutting, it's a perfectly cooked piece of meat. 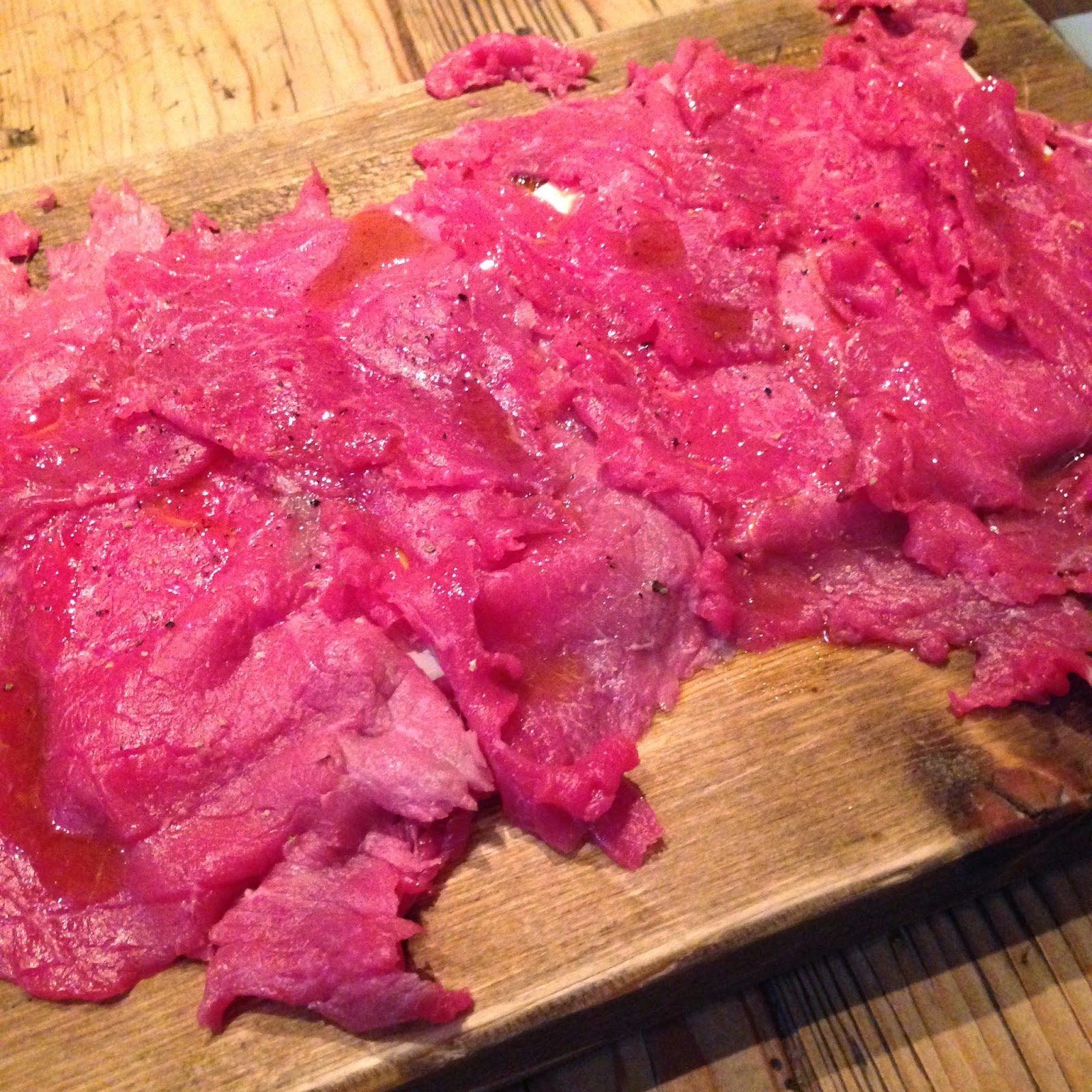 Remember what I said? Juicy, tender, thick? Okay, two out of three boxes ticked, but the choice of thickness was down to my need for something that at least pretended to be a little healthier.

Of course, a pre-sliced steak left the razor sharp knife more or less redundant, but I amused myself by stabbing it in the table a few more times. It just seemed rude not to!

As we left, the butcher was doing something similar. Only he using an anvil-sized cleaver to smash through meat, bone, and hopefully not his own fingers. On the tray to his left sat steaks as large as house bricks. Honest to God, house bricks.

Macellaio Roberto Costa. What a theatre. What a performance. What a dinner.