A drunken promise in Warsaw, Poland 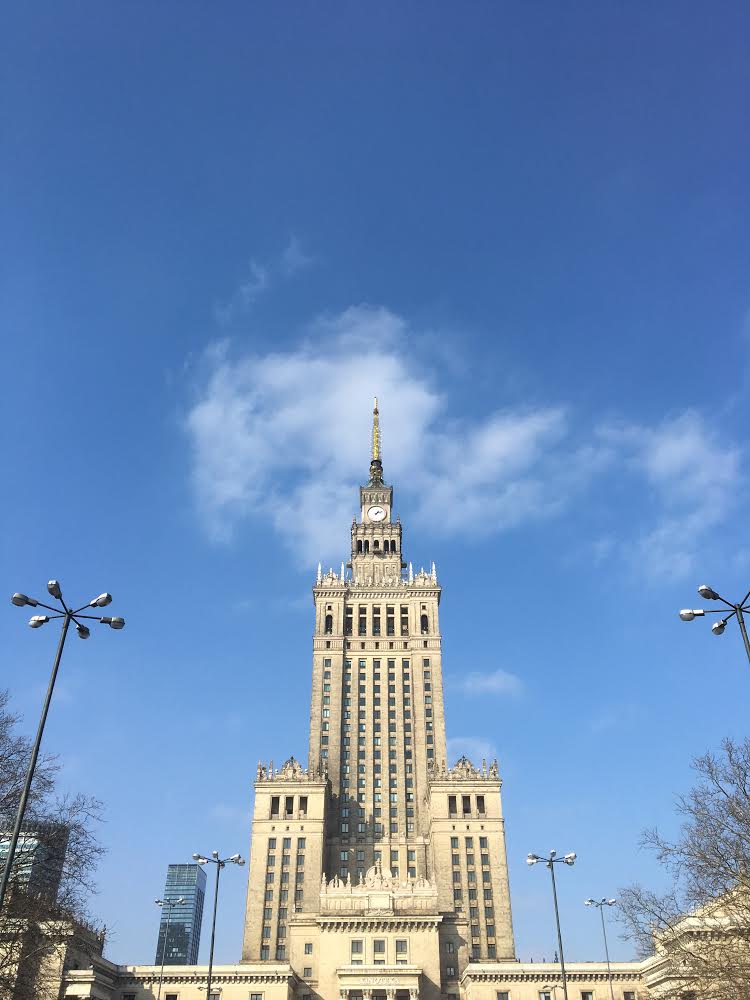 You do some stupid things, when you’re drunk; none more so than making a promise. And, in my case, that promise was to write a ‘review’ of a stag do. A review, which this can’t be; a review, which this won’t be; a review, which I can (probably) never publish. Seriously, a review? How could I? For one thing, I can’t remember half of what happened. For another, I couldn’t possibly do justice to the defining night of a mate’s life. And, finally, it was just too brilliant a weekend to put into words.

At least, from what I remember it was.

Drunken or not, the promise was made. A Lannister always pays his debts - or something like that. So, I’ll sit down, with a whisky lodged under my nose and where to begin, what to say, and where to end up will be dictated by the spirits in the glass (which is no different to normal, really).

To say the past months have been emotional, is an understatement. Yep, everyone suffers, at some point - and, many (definitely most) suffer in ways that I couldn’t begin to comprehend and wouldn’t have an ounce of strength to handle. But, the human condition is a selfish one - at least, my human condition is - and so, I can only see through the prism before my own eyes; or that whisky glass, anyway.

The stag-do was an escape. Any stag-do is (with exceptions). Literally and figuratively. A chance to do whatever, drink whatever, throw the burden of life from your shoulders for a couple of days and forget the needles that penetrate that pincushion heart.

The distraction, the friends, the noise fog the memories; while the alcohol is a very specific pistol to eradicate the pain.

At least, that’s the hope; the reality is a lie. The pistol temporarily blinds; but eventually focuses the pain, amplifies the memory, twists the needles deeper.

We’ve jumped ahead here. This is 1am, in a golden-lit bar, where whisky costs as much as London and tequila is half the same again. Back, more than 24 hours before, snow poured from the sky and commuters cleared the capital. The train - supposedly less reliable than this promise - arrived bang on time and rolled along shiny rails, towards Luton, smacking the snow aside without a care.

A stagger to the bus, a drive to the terminal, and a wait, longer than the sun, which involved the least educated conversation imaginable and a ban on booze. Look Luton, you served us the beer, red wine, and tequila. And as for your grandmother, she shouldn't have mouthed off like that.

Eventually, we were there. The sun shining, window open, freezing cold air pinching our fingers as we lifted the ring from a can of Tyskie; the memories of that hellish plane ride and the stunted, Transatlantic-like sleep that had each of us on a different time-zone, slowly washed away. Bliss followed, adding to the early hedonism. The place, the time, the journey, all forgotten and replaced with an overwhelming sense of forever. This was the specific pistol, tearing away what needed to be removed.

It’s a strong platform for fun. Fun, on fun, on fun. I remember, once, sitting in a tent in Munich. It was 10am, our first beer was in hand and a friend said “What do we do now?” What? We wait. That’s what. We wait and let time takes it course. The drip, drip, drip of those favoured molecules, setting into motion the chaos, mania, and ecstasy that we thrive on for the next few hours.

Someone trips on a towbar, someone pulls a pint into their lap, someone sits in the corner and discusses the underrepresentation of black and Asian soldiers in British war movies, to anyone who’ll listen; ah, who am I kidding, that someone was just one person. All of a sudden the mundane becomes fun. Becomes fun, on fun, on fun, on fun.

Before you know, it’s 2am in a smoke filled, techno club that’s walked straight out of a 90s movie set (I’m thinking Blade here), beer costs so little that air seems expensive. Who knows what happened in there. Honestly, they covered my phone camera with stickers, what’s a child of technology to do?

Minutes later, outside with a kebab in a pot, a stumble home, six new friends on the way, and Christ knows how (literally, only he does - God’s gone to bed by this point), you’re up the stairs, sliding along the walls to a bed you remember leaving, but can’t quite place.

That specific pistol has done its job, for now. The memories leaked back in to a mind so fuddled, it thought up was the same as down and tried to sleep on its shoes. The next morning, the sickness and pain, so real, that the pincushion was relegated, the pain threshold reset to an immediate, apparent stinging reality where the idea of an emotion causing pain was almost laughable.