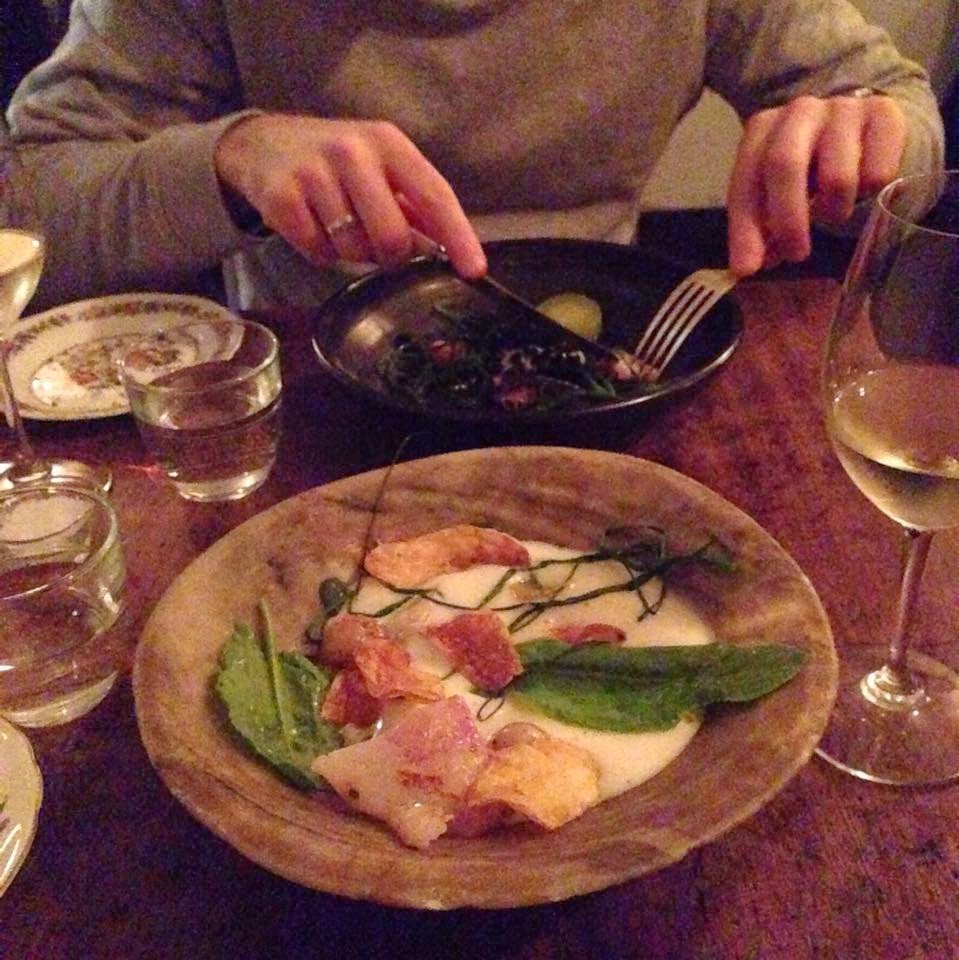 Now, I have to be very careful with this one. Firstly, my girlfriend brought me here for my birthday. Secondly, they gave us a free glass of something fizzy.

Well, freebies have never swayed me before - if they did, this blog would have joined the 'fantastic!!!!' crowd a long time ago - but my girlfriend's choice can't be criticised. Not if I want to keep both my relationship and my large nose intact.

The Manor is a restaurant in South London's Clapham area. It serves hot food and a range of alcoholic and non-alcoholic drinks. It has tables. It has chairs. It has lighting that's a little too dim for my ageing eyes.

Ah damn. That's definitely a criticism. But honestly, it'll be the only one!

The Manor specialises in the sort of food that you might describe as gourmet hipster. It's not burgers and double-milk-glazed free range chicken, but it is that fennel-seed-this and whipped-fish-eyes-that type of menu, where every dish is one you won't have eaten before. Guaranteed. 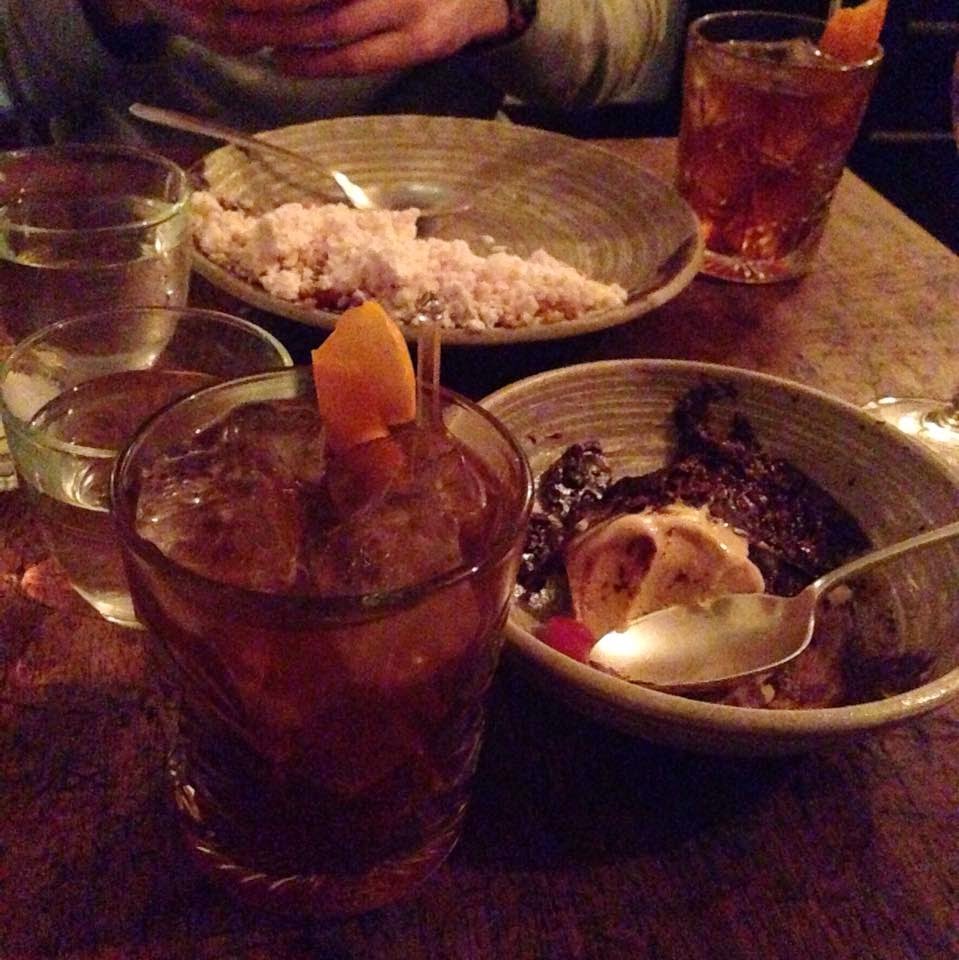 To list the food is pointless - I can't remember it all. To show you a photo is equally pointless - it was too dark and it was my birthday, so I wasn't working. Not that I often am, some might argue.

Let's just say the food is fun. Interesting ingredients in interesting combinations, served on a range of interesting ceramics (God, I am officially old). Plates are around £7-8 and you're going to need at least four or five each to fill a hole. It's best to share too, otherwise one of you will have to eat a plate of BBQ'd kale, while staring longingly at your dining partner's dish.

Vegetables are a key feature at The Manor; in fact, you could say there's a definite oversupply. I'm not complaining too much - I'm on a sort of half-arsed health drive - it's just that, on occasions, the meat advertised on the menu was lost in a sea of green shoots and leaves.

The meat that was on show shone, mind you. Tender octopus, bright pink pigeon, soft melt-in-the-mouth beef. And, as much as it pains me to say it, sometimes an over-supply of meat is unnecessary. Better to get your calories from carbs and vegetables, every doctor will tell you.

The same quack will probably say that a small pudding is a good thing too. Well, The Manor don't do small puddings; instead, I had a half-plate of crumble, steaming with ice. Does ice steam? Maybe. Whatever, it was an impressive delivery and there's some photos on Facebook of me looking like a happy fool shortly before tucking in.

I say shortly before, as after all that visual drama, I expected something a lot tastier. This was really just a pile of sweet crumble. I'm not averse to that, but it just slightly boring for a restaurant that offers up such adventurous dishes as BBQ crispy chicken skins & kimchi (I've bothered to read the menu now).

So there we have it, a review which promised no criticism and probably ended up delivering three. That's pretty good and The Manor shouldn't be judged on these alone. Perhaps a little less drink and a little more focus would have led to a stellar review - but it was my birthday!

If I were to be asked for a recommendation in South London, The Manor would certainly be towards the top of that list - and you can't say fairer than that!

p.s. A massive thanks to my girlfriend for such a brilliant choice of birthday meal - and for scoring us some free drinks :-)