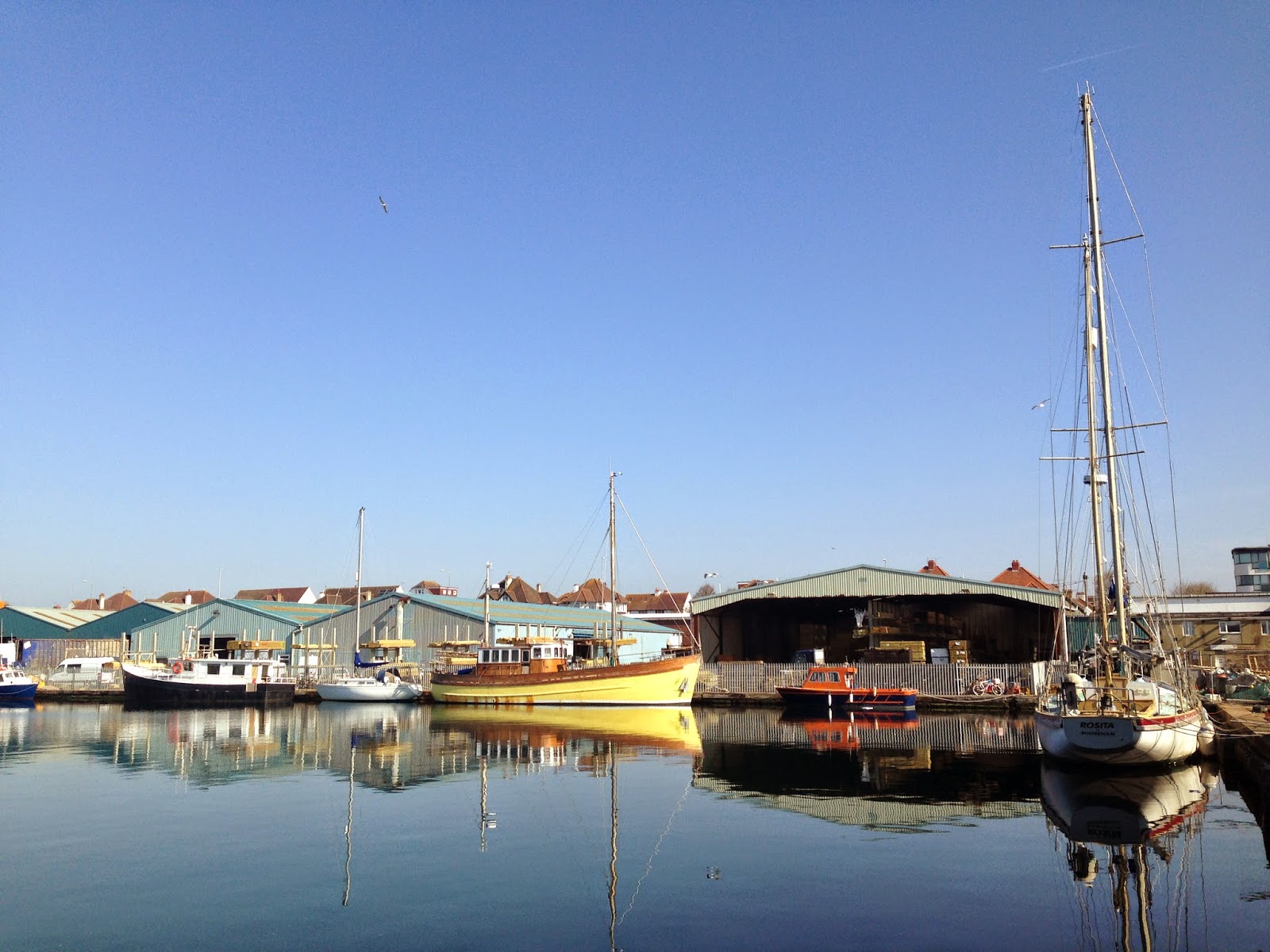 It was a hot day. The bright sun danced in white streaks across the still water of the harbour. Not a cloud touched the sky, only the occasional swift shadow of a seagull. The moored boats sat frozen, while blooms of tiny jellyfish tickled their sides.

Cutting through this tranquil pool of Mediterranean blue - some three miles along the coast from Brighton - a small day boat. The captain, out since 2.00 am, stood at the rudder. That same bright sun illuminated all three corners of his yellow hat. A waterproofed Napoleon. 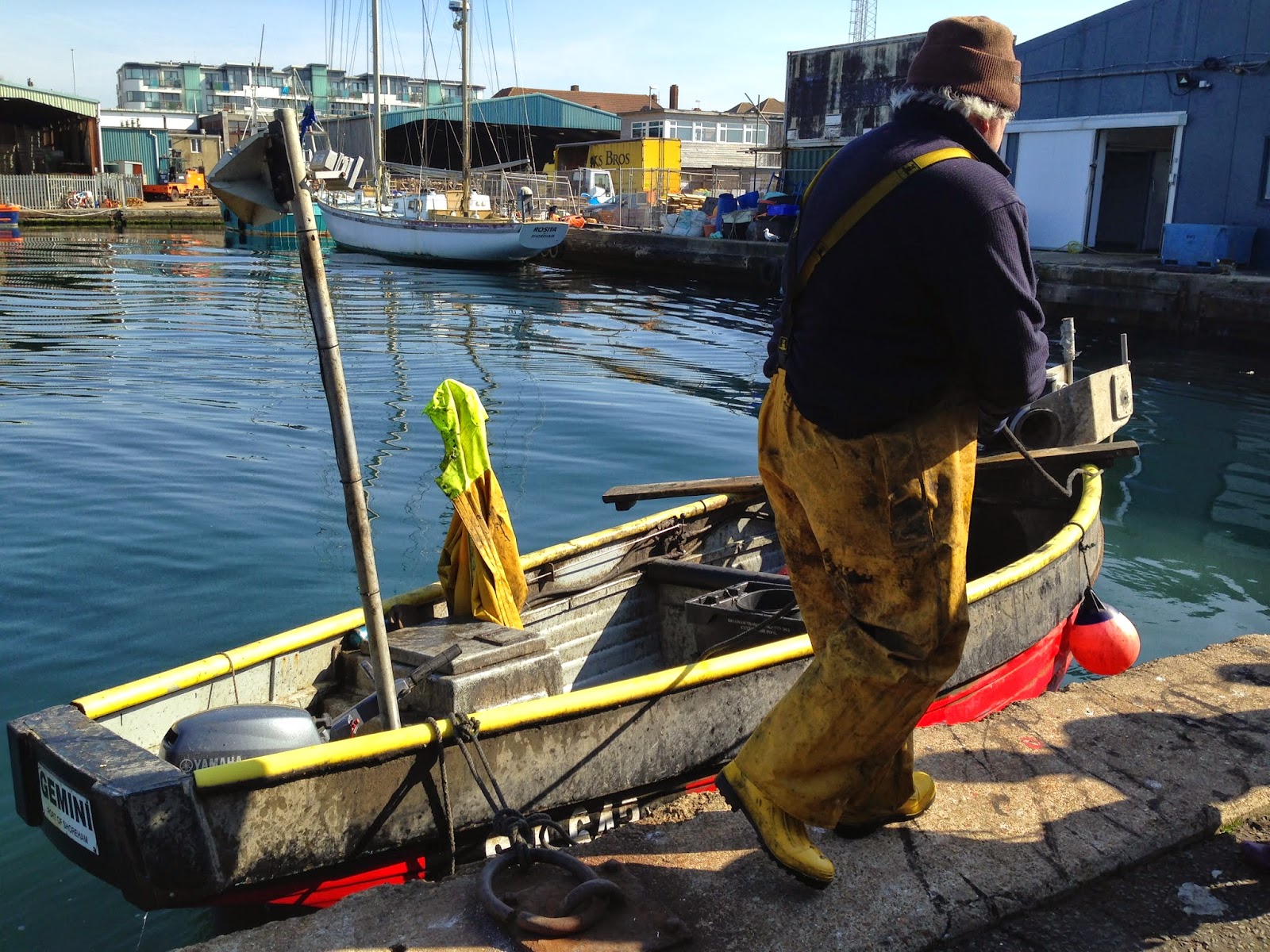 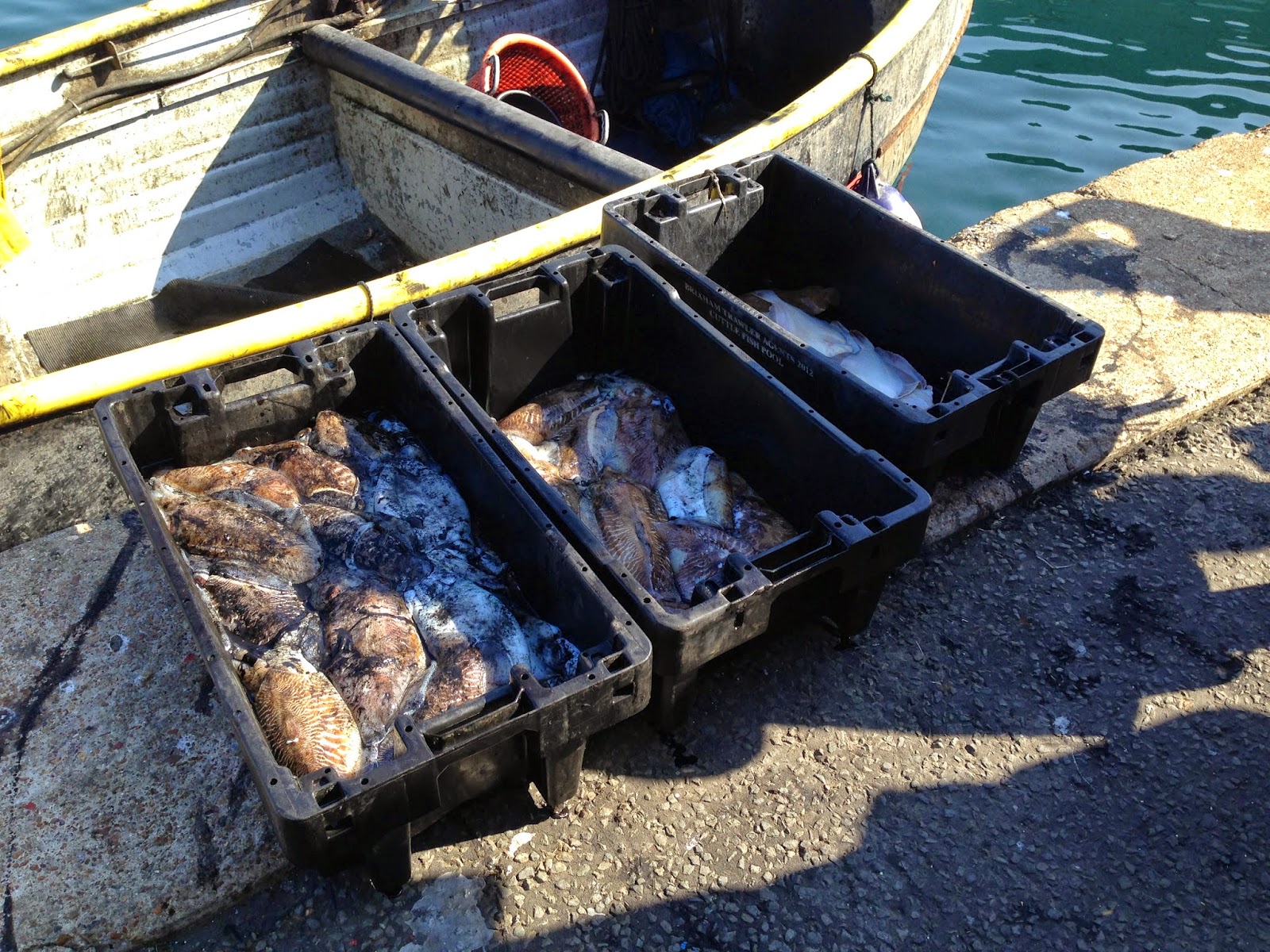 It was ten o'clock. A day's work finished an hour after the office door opens. His catch, thrown to the quay in three swift jerks, worth £100. Black, ink-drenched cuttlefish - tricked into a trap by a caged date - plaice, bream, and a lone gurnard; all lay almost still, occasionally twitching.

The gulls formed an audience in the water, screaming for scraps from the boat. 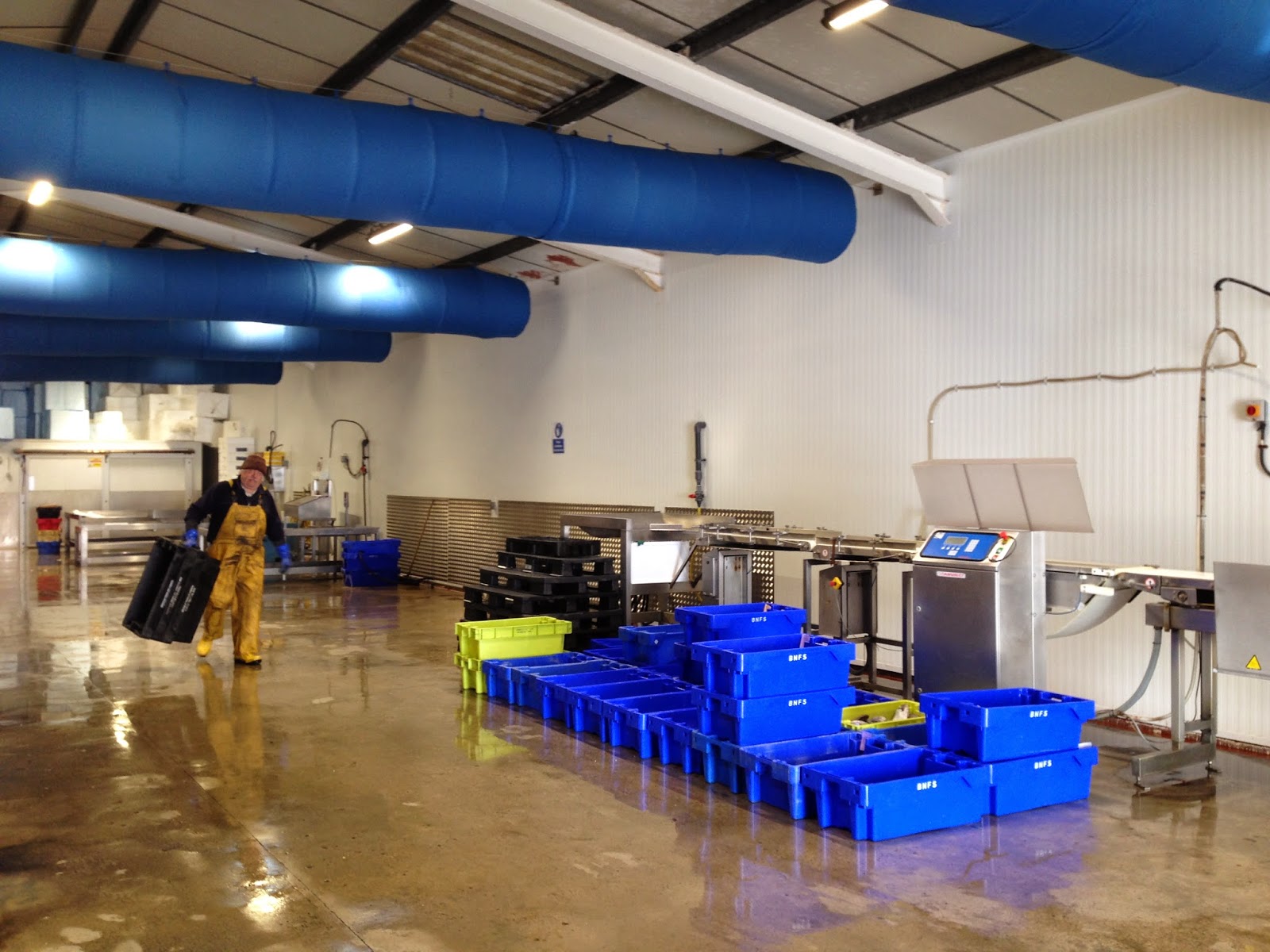 Once inside, the fish turned cold. The warehouse, chilled. Box after box of stiff fish with their insides-out, slowly turning flaccid. The workers, crabs, and lobsters the only things to breath in this room - one in white coats, patterned with a speckle of red from their work; the other two, taking a long final bath, their claws bound or broken.

The word 'change' rang in the air, was whispered, and sighed. Fish seem to come and fish seem to go with alarming regularity as the sea temperature rises. Men experienced in catching one sort of quarry find that knowledge is useless one year, only to be needed again the next. 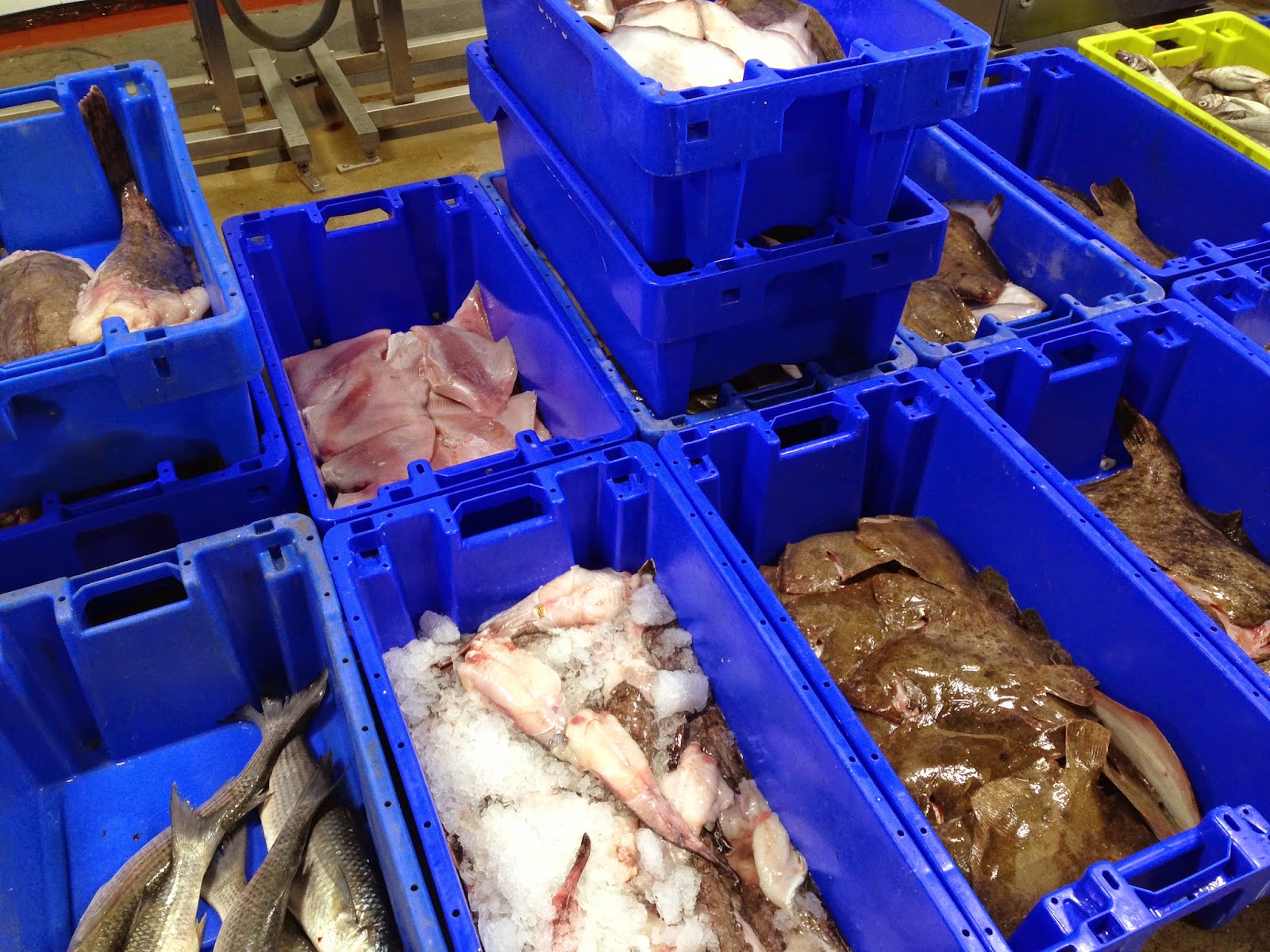 Yet the gleaming steel line continues to sort the fish, regardless of type (although not of quantity). The plaice, bream, and gurnard stay local or perhaps ride a bus to London. The cuttlefish, mostly frozen for export; appearing on Iberian menus as fresh Spanish squid - an abundance from the English Channel, polished in both name and price to become an exotic fish from the Med.

And that distant great body of water is beginning to spring its own leaks. Last year, the sorting line saw Bonito tuna - not a fish often caught off this coast. 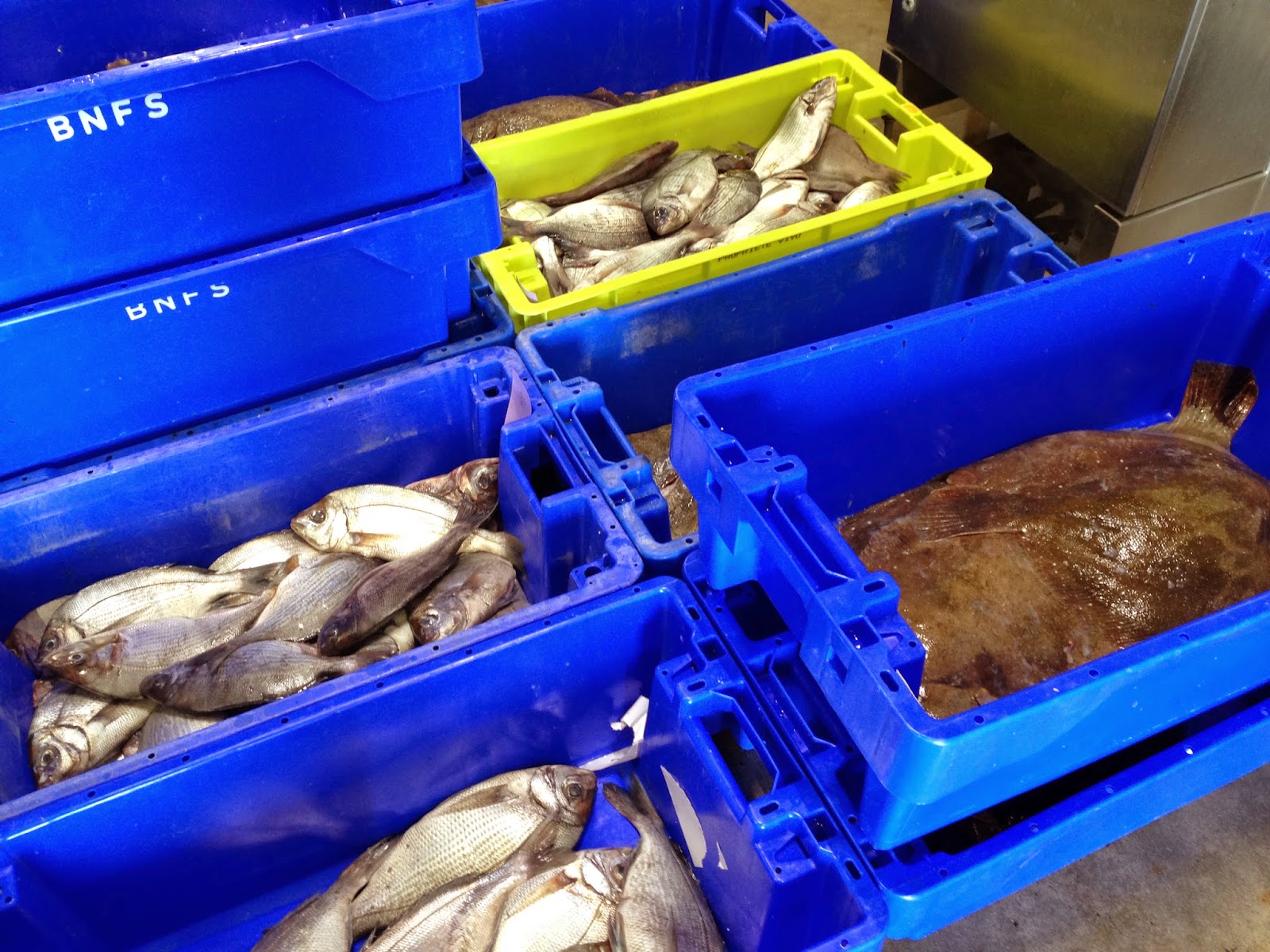 For this harbour though, change isn't that unusual. Far from it. Forced by both climate and regulation, the large trawlers of a decade ago have been removed, replaced by the day boats from a hundred years before - albeit now with Japanese engines. 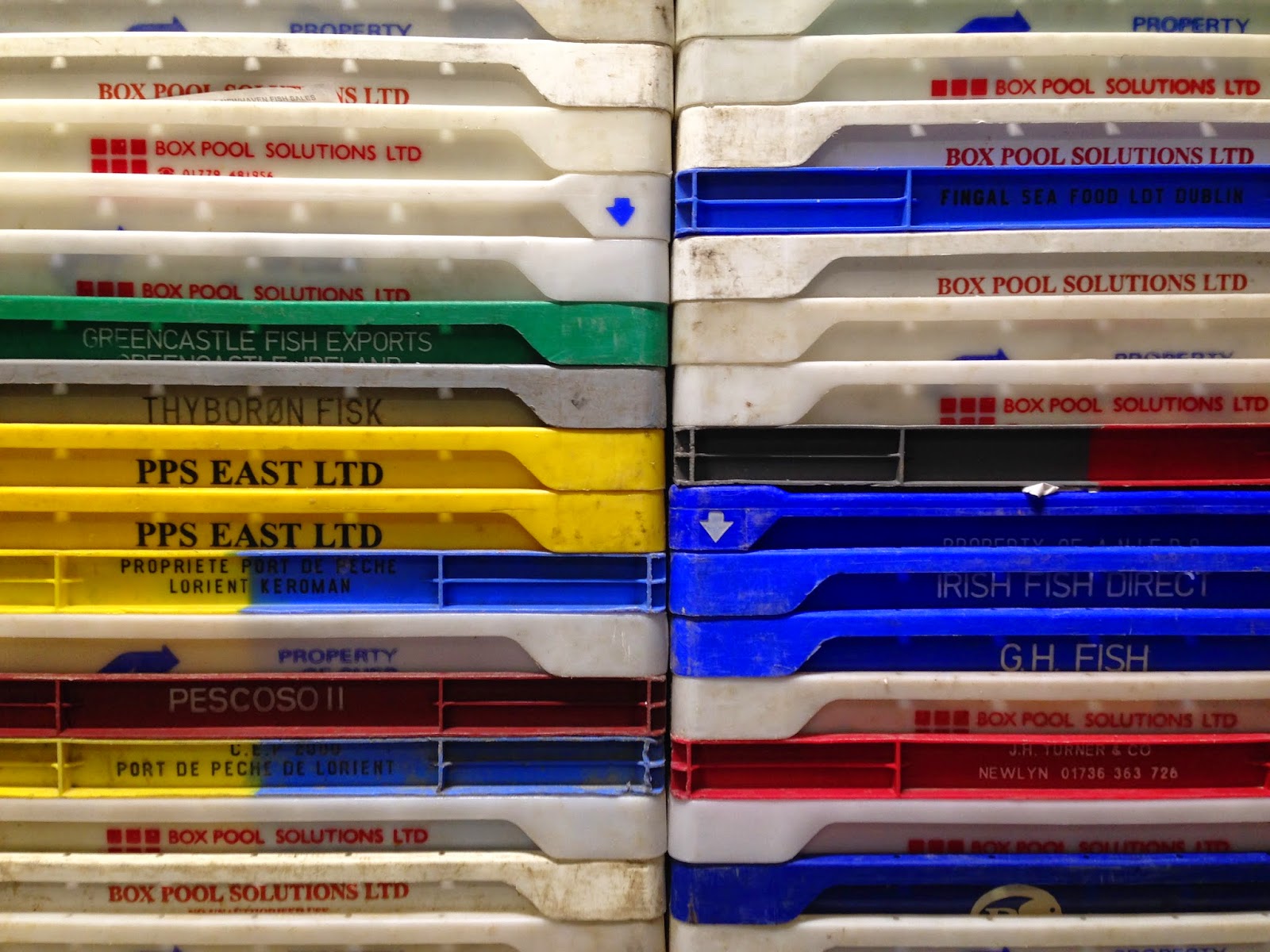 The worry of change comes from the constant uncertainty. Today small boats, tomorrow big. Today one fish, tomorrow another. While no-one seems to wager which way it will go, the general feeling seems to point downwards.

As stocks of popular fish decline, restaurants and wholesales look elsewhere to fill public demand. Those less fashionable fish - the turbot, that gurnard, those cuttlefish - are abundant, but have no place on the plates of Englishmen; served instead to the foreign customers who value taste over arbitrary traditions and fashion. 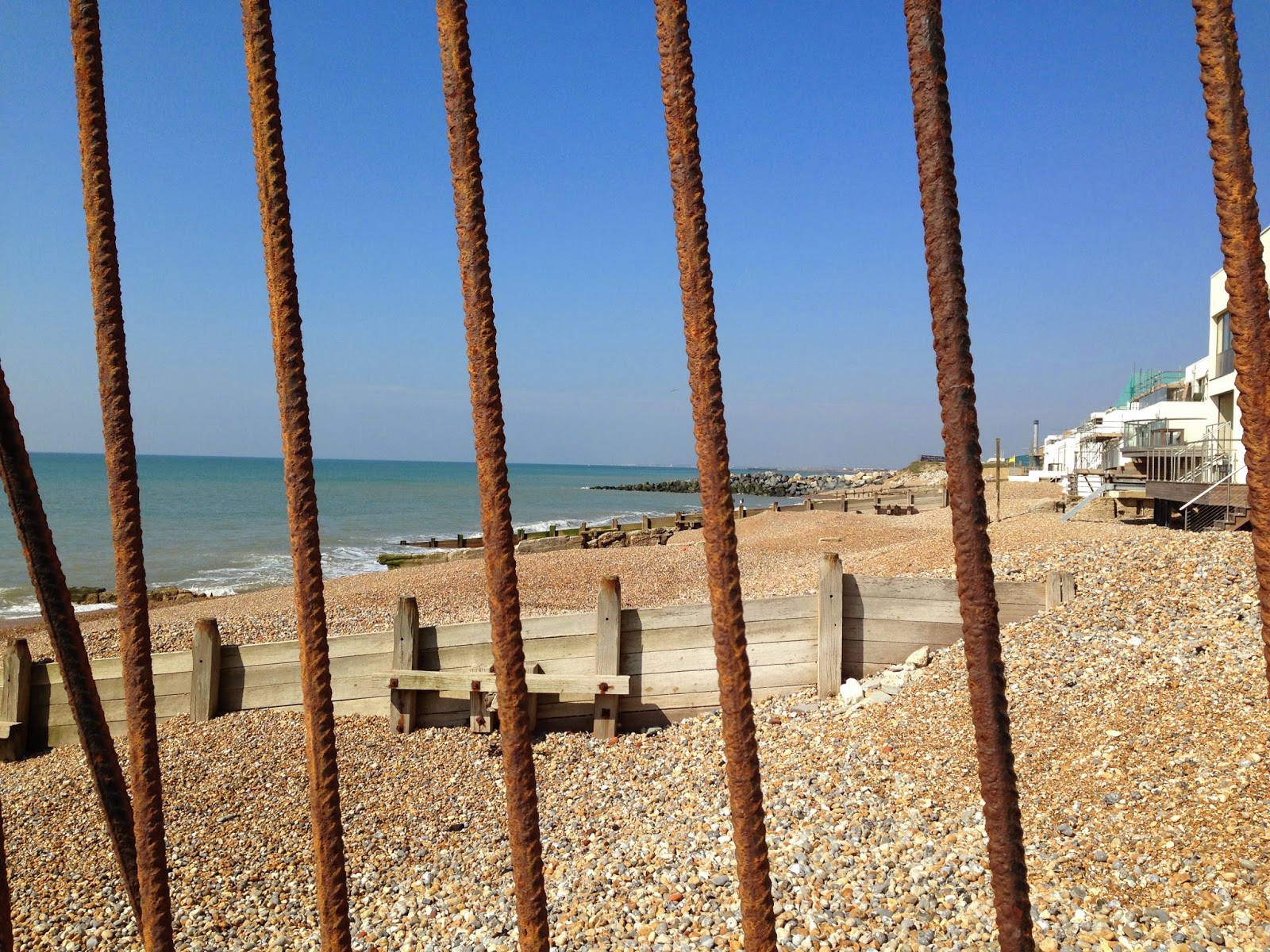 Down on the beach, the sea scattered pebbles and threw spray against the buffers, but lay calm in the distance beyond the white horses. We sampled plaice, of course. The choice of the chef, who threw four filets in a hot pan, accompanied only with lemon juice and butter.

As we ate, not a soul rode that flat water, not a breath of wind blew - even the incessant noise of Brighton seemed to be silenced.  Sitting on the shingle with a plastic trident in-hand, we were the kings of the sea for those brief minutes - the fisherman having gone home to bed. 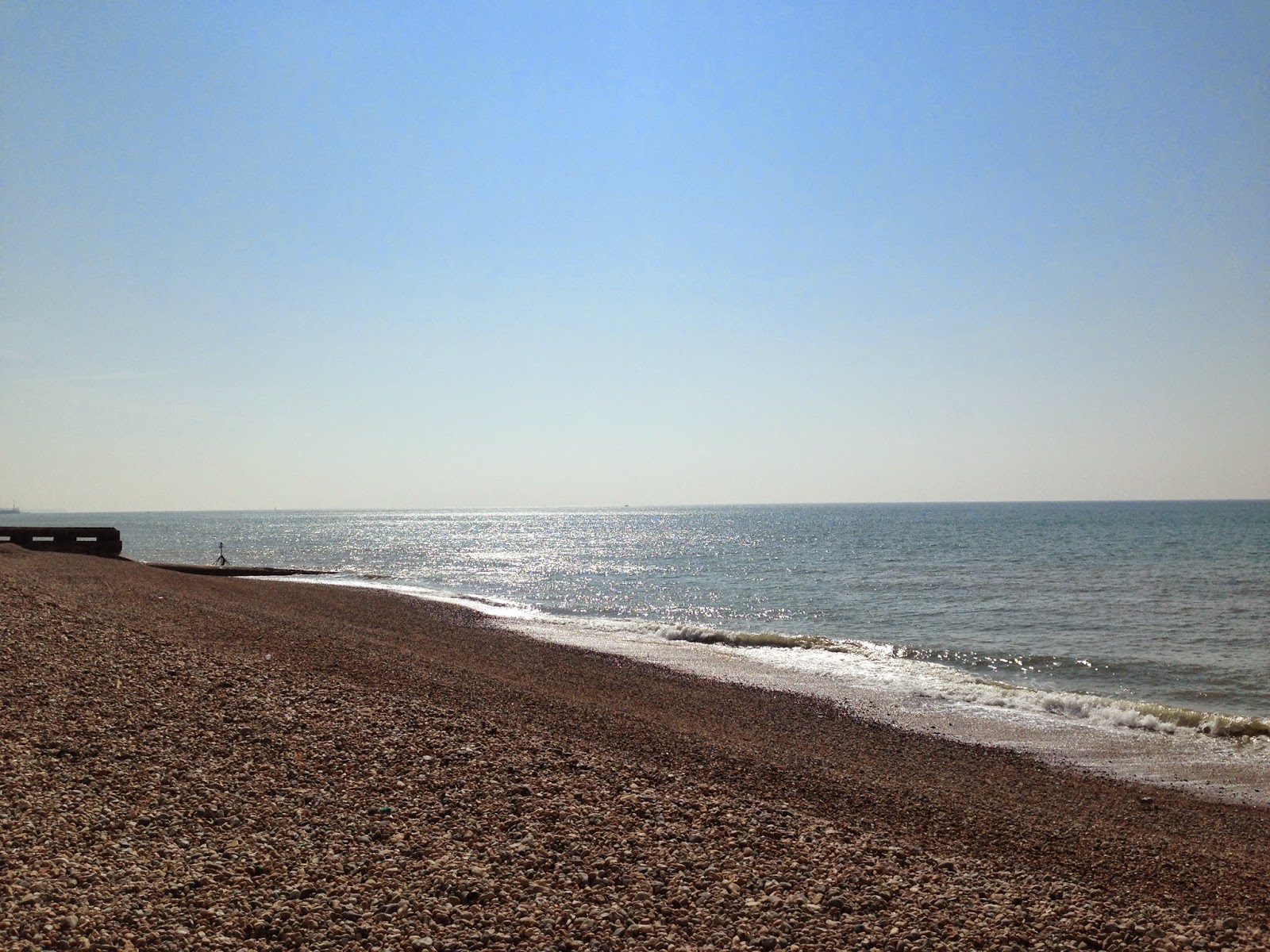 Then, with the last of the buttery juice being slurped and the gas stove being rolled away, another day boat came into view. It carried clams, cockles, sea greens, proteins from the sea. All there, fresh as harvest day. Cigarettes discarded, the workers were ready, the fish were ready. The gulls began swooping once again.

It's their job, all of them. And one they'll carry on doing until the sea is dry, no doubt - for as long as the chance remains.