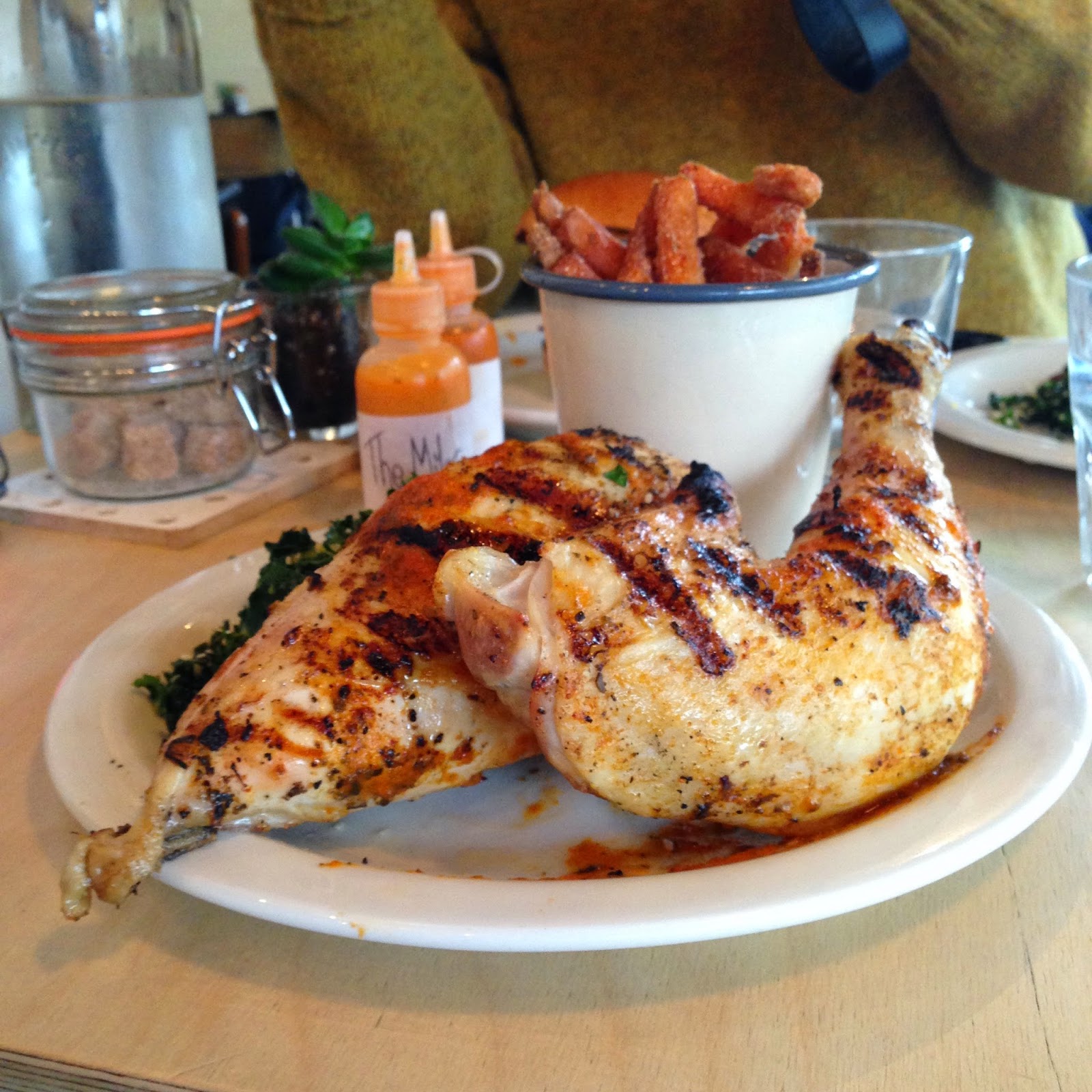 The Eskimos have many words for snow. We have one, that I can think of - snow. But how many words do Eskimos have for rain? Probably none, if my ignorant stereotyping of an entire people serves me well.

In Britain we have a lot of words for rain and most of them are verbs. It's drizzling, hammering, soaking, p*ssing, and worse. Well, that's what comes from living in an island in the North Atlantic. No sitting around an ice-hole waiting for a fish, we're hunkered down in a bus stop watching the water seep up our trouser leg.

Like the Eskimos we're a hardy bunch though. We might whinge continuously, but we carry on regardless. Who knows when it might brighten up and, besides, a little rain never killed anyone (although, it probably did).

With only two days to spend in Brighton and a lot of the city to see, I was going to join that very same 'we' and sharpen my stiff upper lip. The rain outside was relentless, the clouds outside were endless. The drips were falling in their thousands and mostly at an almost inexplicable angle, as if the sea were running up Brighton beach as pure drizzle. I had the perfect coat for the rain, not so much the cold, but I soldiered on like the food blogging trooper I am.

That last line is possibly the lamest thing I've written, ever. It's definitely in the top three, at the very least. There's nothing lame about Brighton's food 'scene' though. Boom! What a segue! How I'm not writing this for a national paper yet I'll never know. 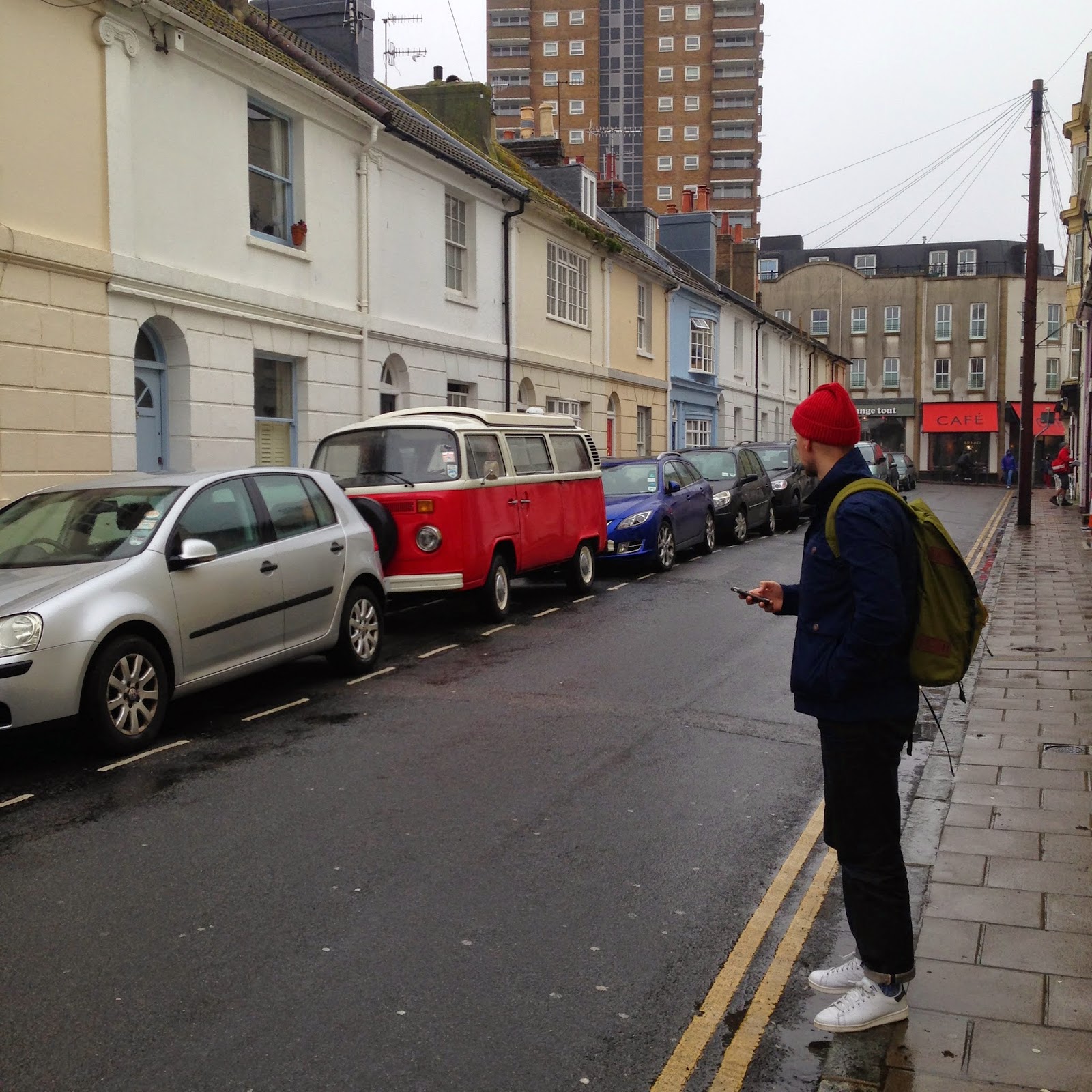 Brighton is like a borough of London, cast a-drift and washed up on the shore. It's where ageing hipsters go to die/have kids. Everyone votes Green, everyone shops vintage, everyone's second car is a VW Camper. Mothers with hideously expensive looking pushchairs fly in a V formation along the high streets and down the lanes, stopping in every second doorway for another Small Batch coffee and a slice of organic hummus cake. Meanwhile, the future vision of their pampered children walk the pier, wasting their trust funds on arcade machines and wasted on cheap plastic cider. 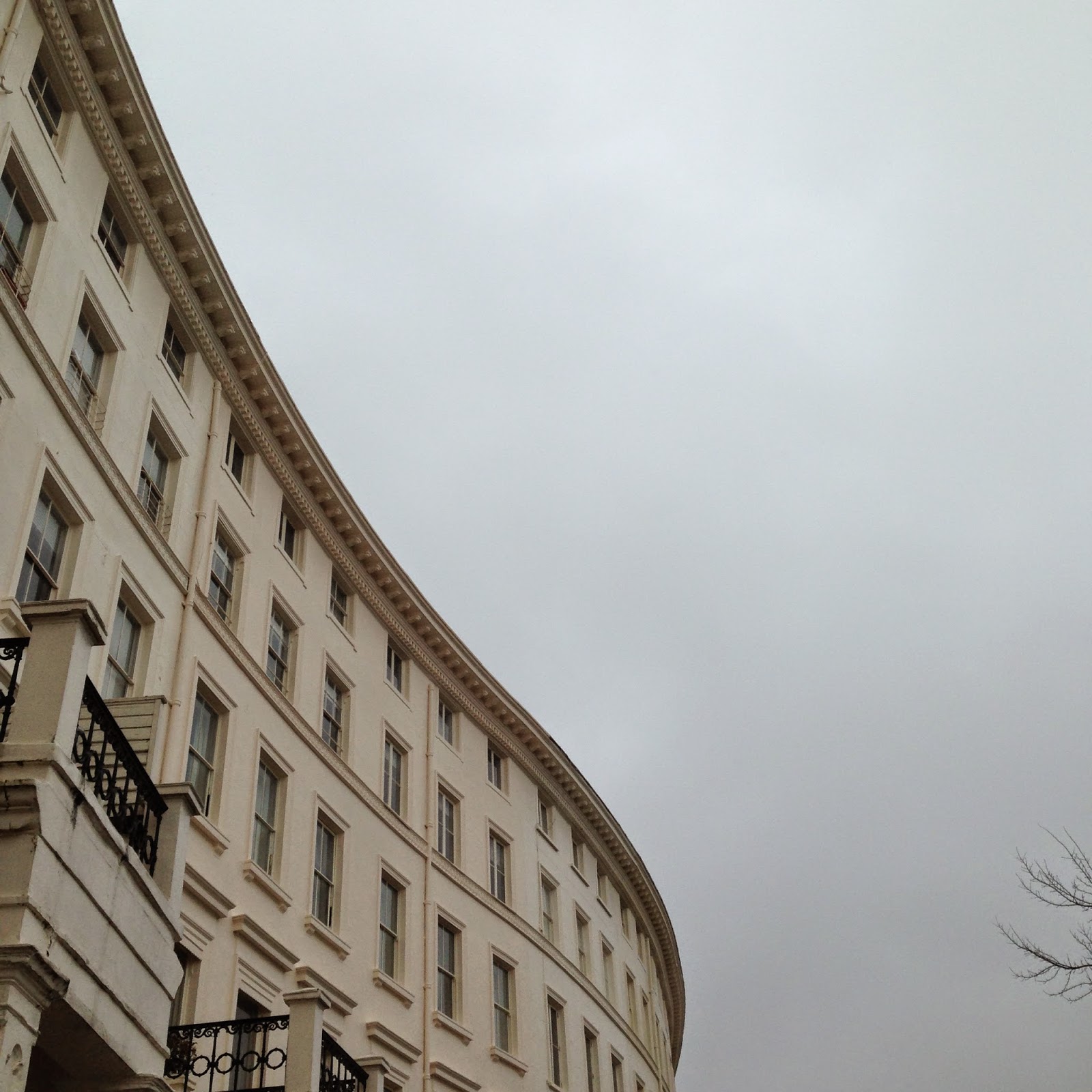 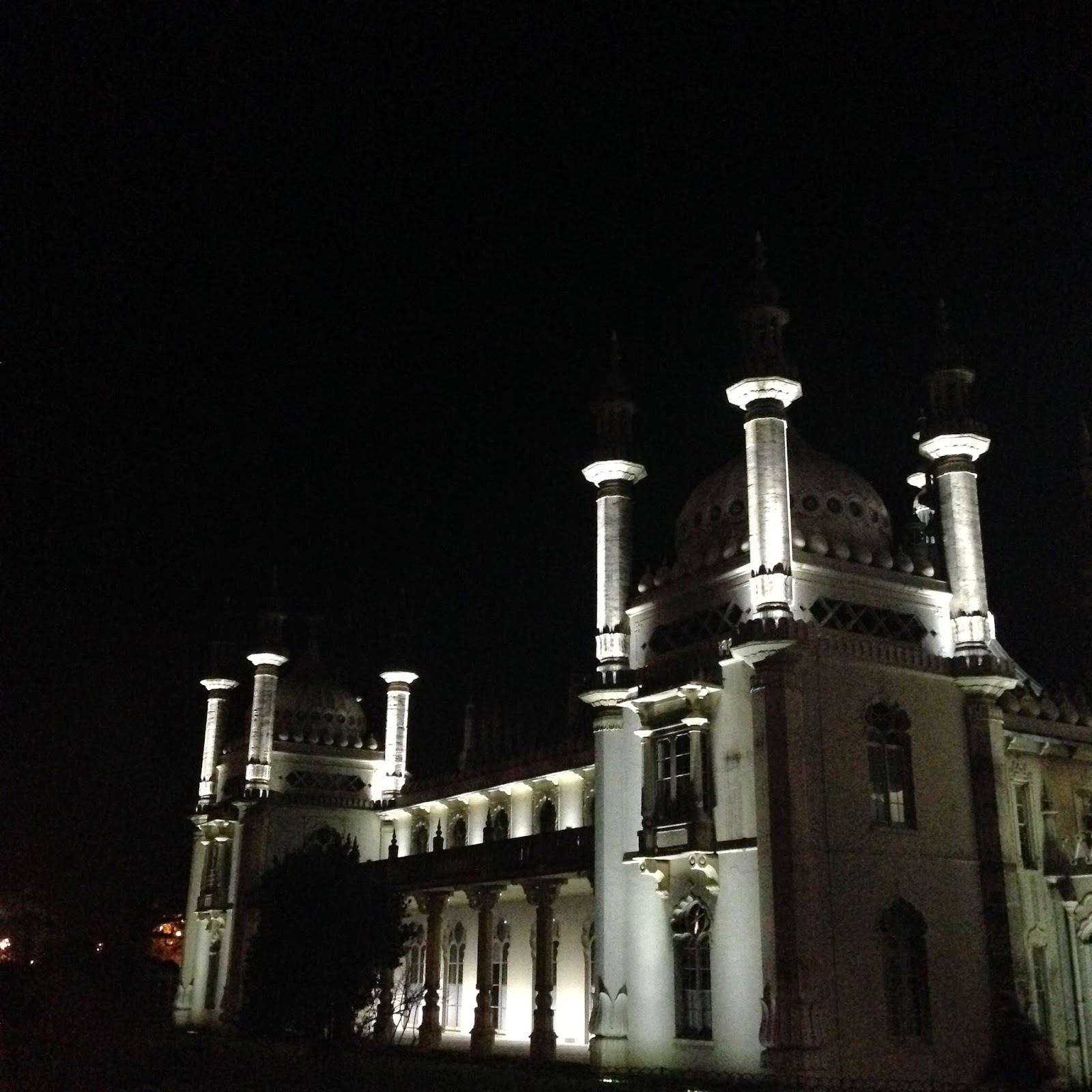 It's not that bad, really. Or rather, no different to the rest of country. If anything, it's far more interesting than most commuter towns. Nowhere else, I'd wager, has quite so many coffee shops, quite so much graffiti, and quite so many people in the street collecting signatures for petitions.

Anyway, back to the food - that neat segue long since lost.

If there's one thing a middle class population bring/breed - aside from cider swigging teenagers - it's decent food. Brighton has a list as long as your arm of good eateries. And even that's not long enough, with queues outside fully booked restaurants on almost every street corner. Clearly the business community isn't keeping pace with that growing middle class appetite.

Lunchtime on a soaking wet day seemed a good time to avoid the queues. So we paid Hen a visit.

Hen is a bright yellow restaurant specialising in 'happy' chicken, served as a selection of pieces or in burger, with a couple of sides. A very simple concept; a middle class Nando's without the spice or Chicken Cottage without the grease soaked box.

The chicken was good. I mean, it's chicken, what more can I say? Cooked (tick), not dry (tick), seasoned well (tick), that's all I expected and what I received.

The kale salad was great too. Hard to pick up with a fork, it ticked the healthy box (no more ticks please), even if the sultanas were a slightly odd touch.

The sweet potato was disappointing (no tick). Small, dry, crisp nubs don't constitute chips, fries, or whatever you want to call them. It's a little lazy. The bottom of the fryer, end of the potato, we can squeeze one more portion out of this bad boy, approach. These chips should have been shovelled up and fed to an organic happy pig, leaving this non-organic, slightly soaked pig to gorge on large, long, fluffy decent chips.

Well, if we're going on ticks, two out of three ain't bad, and when you head to a chicken restaurant a tick for chicken is the biggest tick you're looking for. 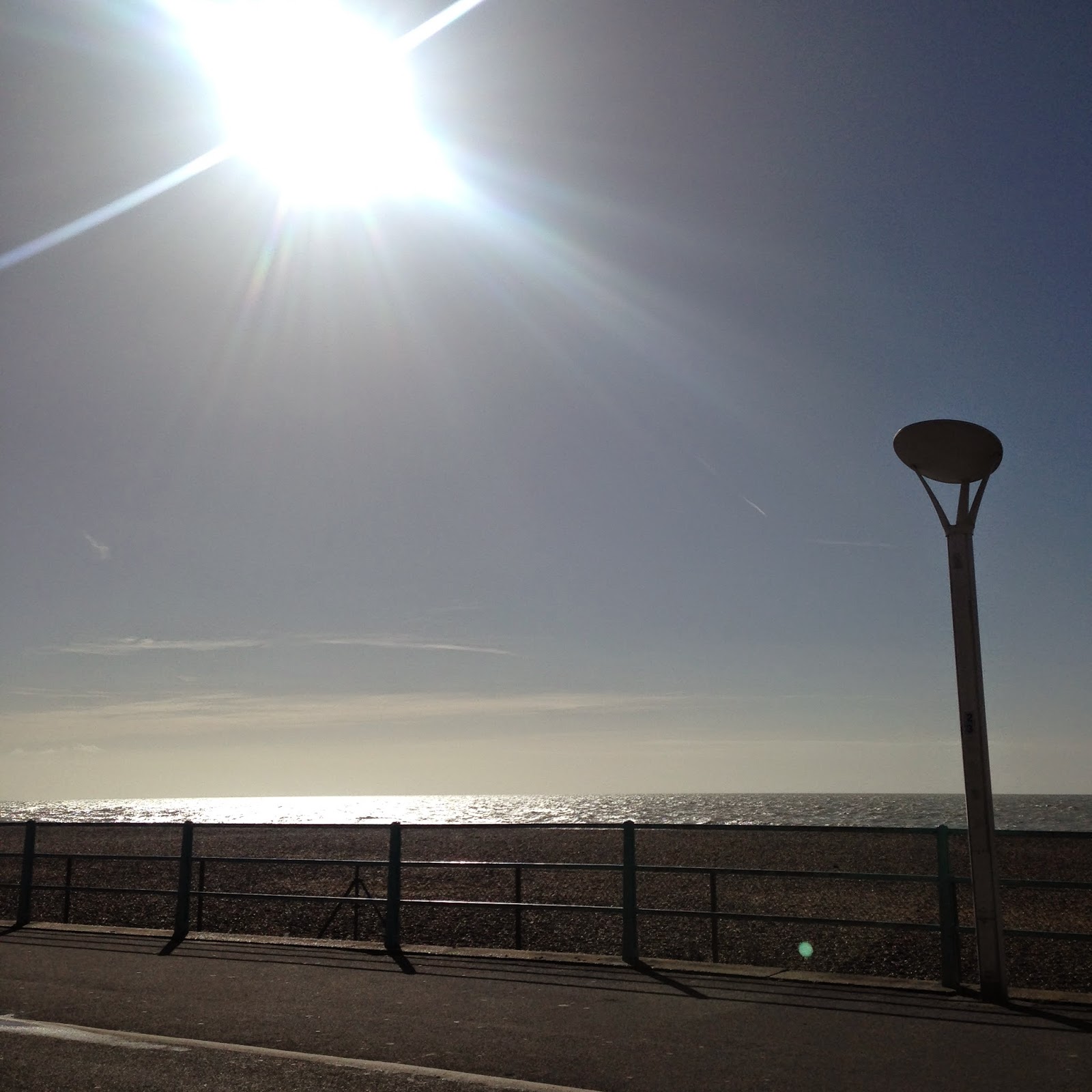 Two days and 28 coffees later, it was time to leave Brighton in all its glorious one-day-late sunshine. Hopefully Hen will still be there the next time I come back. A half a chicken, two sides, and a drink for around a tenner is a good deal, and if they can just get those chips singing they'll be on to a winner.