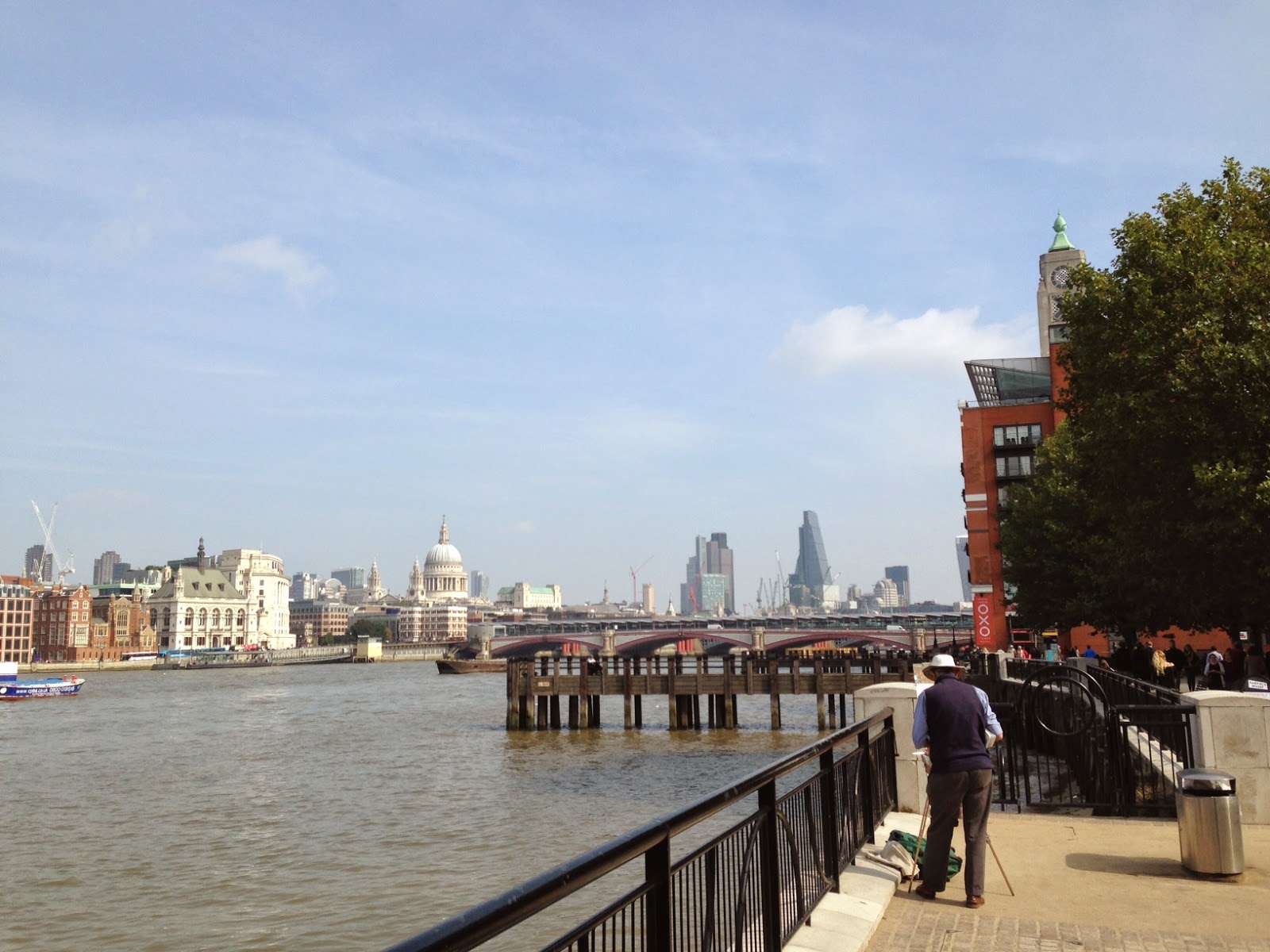 
A walk along South Bank is the best way to see London. It's crowded and lined with expensive attractions and equally overpriced food and drink, but the views can't be beaten. From the Houses of Parliament to St Paul's, almost every iconic image on the London skyline can be glimpsed or stared straight in the eye. The bridges let you criss-cross the river to see other less obvious sites - including the bridges themselves - and when the sun is beating down on the white flagstone promenade and endless foreign voices fill the air, it seems positively European. It's Nigel Farage's Inferno.

On a Friday things are a little different. Groups of drunken idiots stagger their way from one poor pub to another. Swaying, laughing, shouting, and generally being jovial or obnoxious, depending on which way you look at it. Don't worry, the story ends well: one of us doesn't get served later on, and rightly so. On the surface, this really isn't the place to come for food or indeed drink - for the aforementioned reasons - however, there are a few gems hidden to the left or right, depending on which way you look at it. The Hayward Gallery rooftop, hidden amongst the tomatoes, is a great place for an afternoon drink; Canteen, at Royal Festival Hall, always offers up good food at a fair price; and then there's Pieminister. 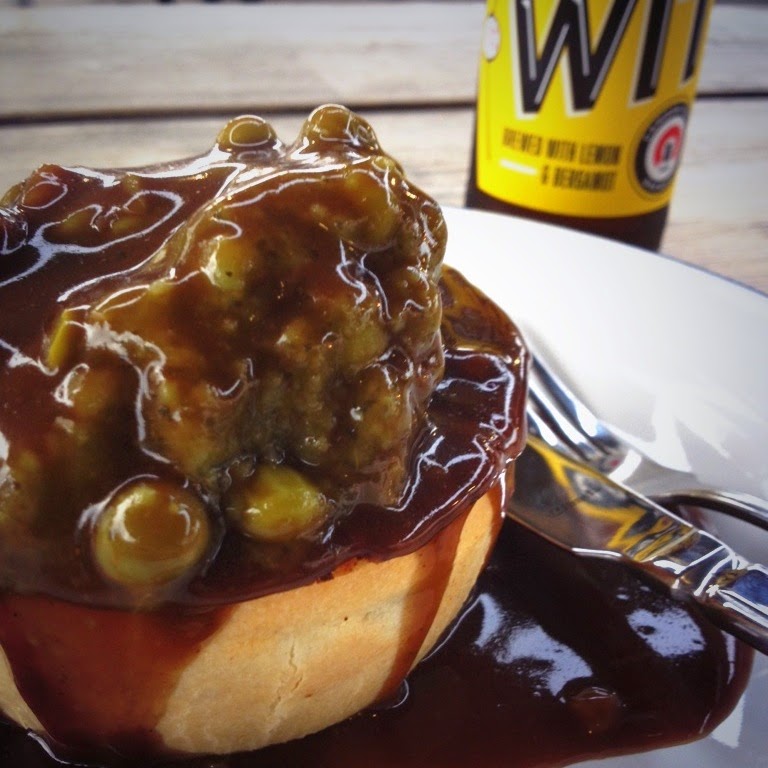 My love affair with Pieminister began when I moved to Oxford. On an occasional lunch, when I wasn't scoffing buritto, I'd hop across the road to the Covered Market and push my way past the next Dave Snooty and his pals to get a seat. Freezing in the winter, boiling in the summer, struggling to breathe after eating regardless of the season. Now, however many years later, my eyes having deteriorated to see things only in sepia, I sometimes get nostalgic for those days, so seek out the original Pieminister experience. And boy, does South Bank provide that on a plate. A tiny wooden shed, filled with hot pies, hot potato, hot peas, hot gravy, and two women who must have asbestos for skin. Tucked behind two tourist honey traps, probably selling God-awful pizza slices at £7 a pop, the seats are all outside, so victim to every front of the English weather. For the memory of Oxford, it's better than the sound of a wheezing chubby-cheeked Tory on a bike. For the needs of my stomach, it's better than a hundred roast dinners. 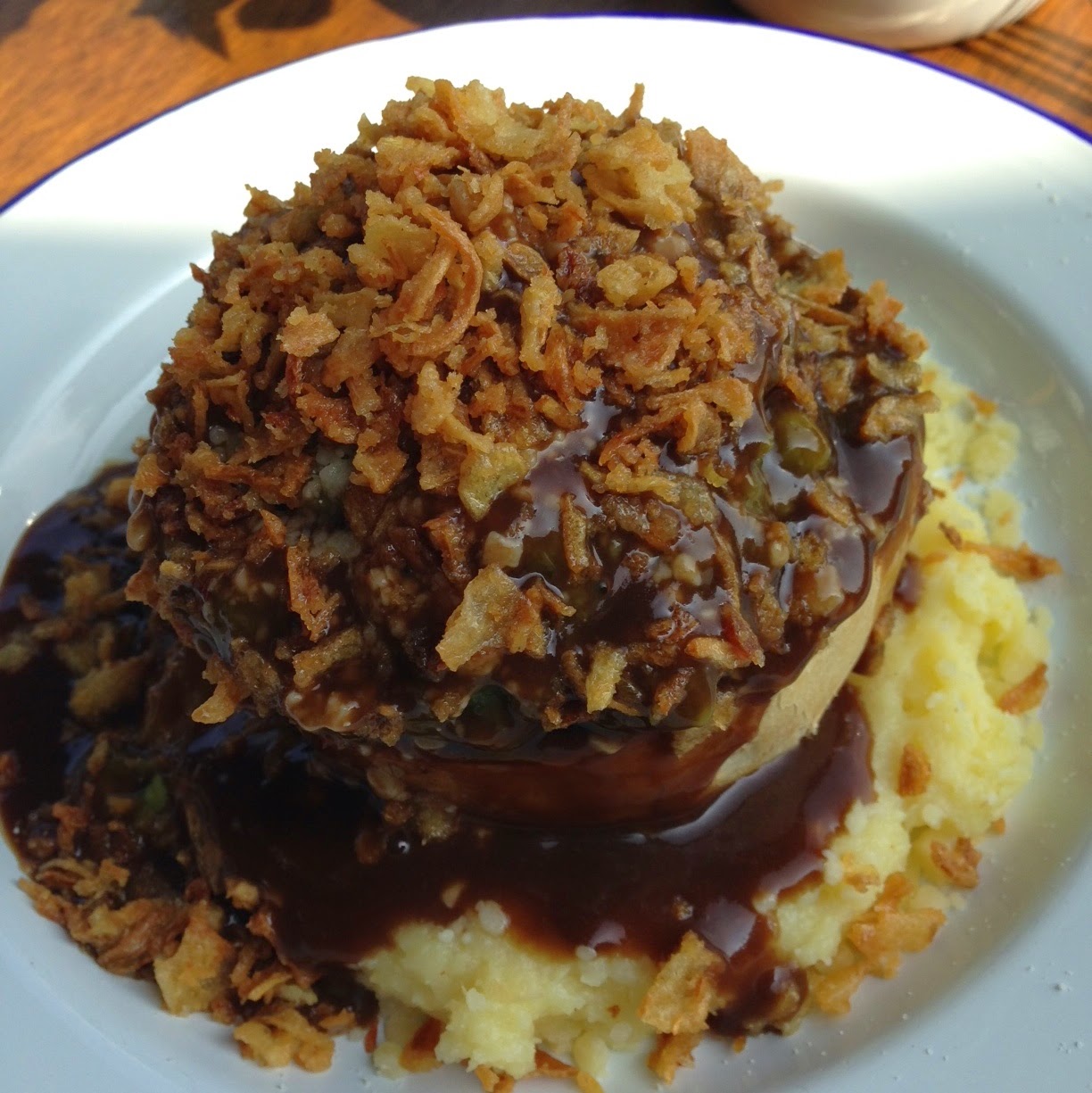 I still love Pieminister. Plain and simple. Their pies could be served from a dustbin, by the gap-toothed, fingerless glove wearing, imported Nigerian Guinness (RRP: 98p a can) drinking man who talks to the fenceposts outside the flat until three o'clock in the morning. I wouldn't care. I'd gladly hand over my money and eat one, smothered in gravy, covered in peas, balanced atop a mound of mashed potato, and sprinkled with fried shallots. God, I want to eat one now and I just ate dinner. It really is an un-reviewable pie - akin to reviewing a member of your family. Well, not my family. A decent family (joke!). Impossible to judge; and I should know, I've judged pies for Britain.

So next time you visit the South Bank, ignore the overpriced pizza, stop trying to hear the tour guides spout their nonsense about 'The Ladies' Bridge' for free, and pay Pieminister a visit. It'll be the best pie you've eaten for a long while and if you don't like it, I really don't care.