The complete closure of the pistes due to bad weather gave me the chance to indulge in more apres-ski than usual.

Heading up to the Rue de Gebroulaz, we started with an English 'pub' - The Frog and Roast Beef. I'm as guilty as the next man of travelling abroad and pinning for all things English; however, this obsession with planting a cultural flag wherever tourists from our fair nation can be found should surely have stopped once we lost the last of the colonies. It's not even as is this pub is done well or better than the local equivalents. At the bar girls straight from the streets of Essex hand out flat, pale looking 'continental' larger (most likely imported from Manchester), to dimwitted gap yar students dressed as chickens, who sup them back with a side of Jagerbomb.

Onwards to the brushed chrome interior of Tango, where a more bubbly specimen of Heineken can be found and a sun drenched balcony offers views across the resort. Unfortunately, the suitably pretentious dance music was soon replaced by a white man with dreads singing Bob Marley. We left to the sound of Buffalo Soldier. Then again, far superior music (albeit sung poorly) to the French dross playing in the flat next door.

Finally, we settled on Le Monde. At four o'clock in the afternoon a bar full of sweaty Brits dancing to Europop is a surreal sight. Luckily, the outside was deserted due to the weather - the cold was bearable given the alternative that my ears refused to suffer. The only hiccup came from trips to the toilet and the bar, both of which involved pushing through a crowded dancefloor, where any attempt to manoeuvre past a gyrating horse-faced filly was my met by the hard stares, puffed cheeks, and defensive stance of whichever Cameron-esque plumb chewing member of the Great Well-Washed happened to be converting that particular saddle.

A dinner of tartiflette was most welcome after that afternoon. 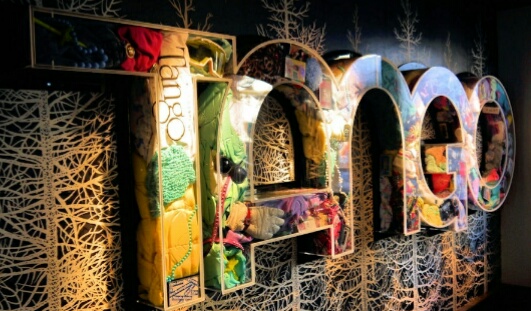 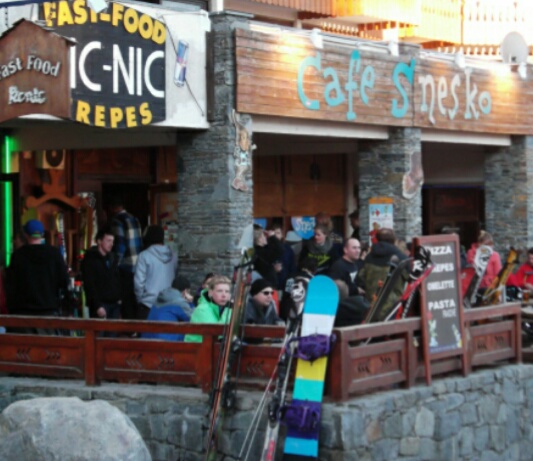