Fear and Loathing in Southampton 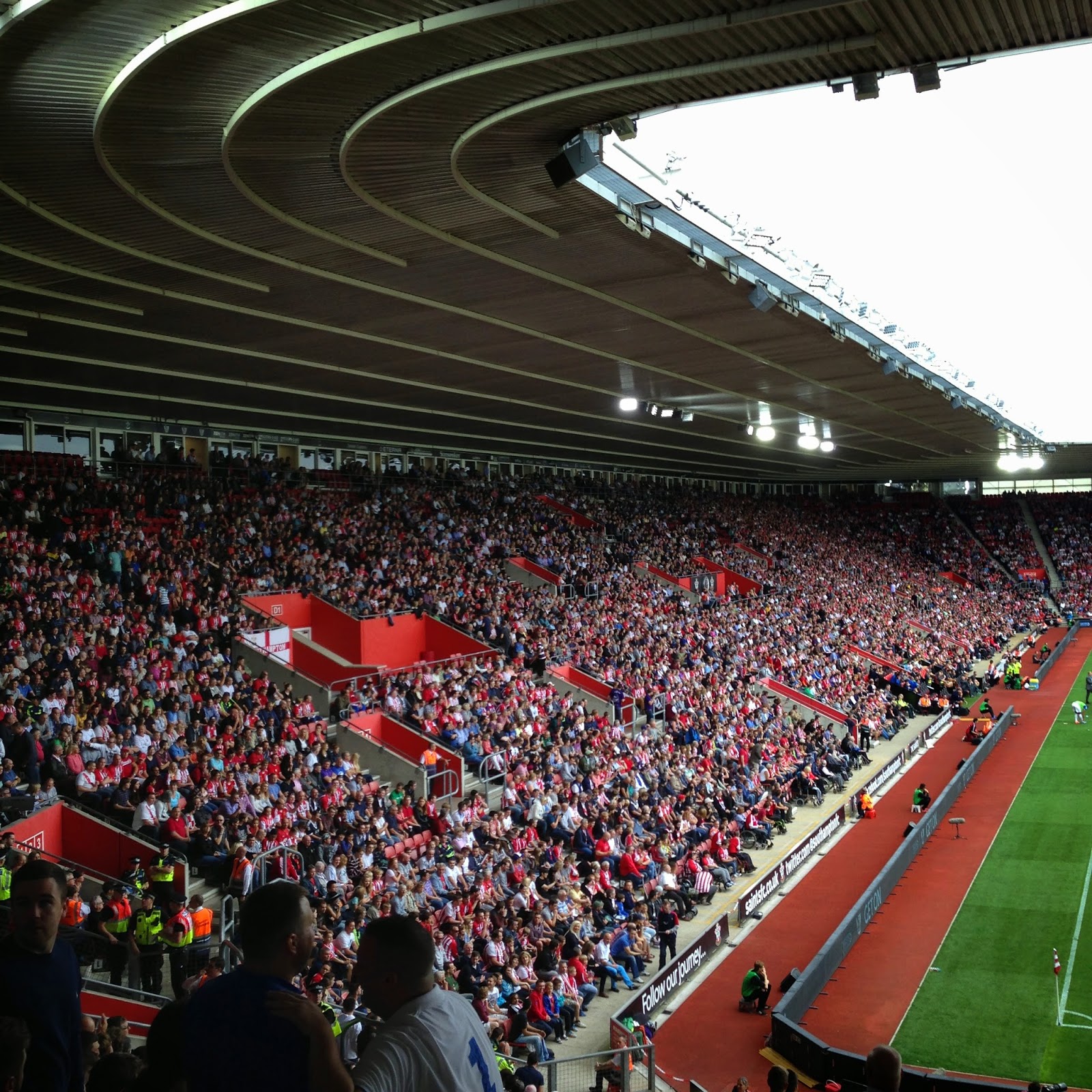 
Riding the train in the evening should be a time for quiet reflection. Curtains drawn, a soft dim glow from the table lamps, and a large pocket sprung chair to sink in to. The carriages thunder through the unbroken fields, for a moment disturbing the peace of the night and the sleep of the cows. A gentle whisper from the conductor breathes this station and the next. A trolley, laden with coffee for those who want to stay awake and cocoa for those who want to sleep. A peaceful, tranquil affair. Smoking jackets, slippers, and a warm blanket, all worn under the gaze of a doe-eyed moon as it drifts across the sky. 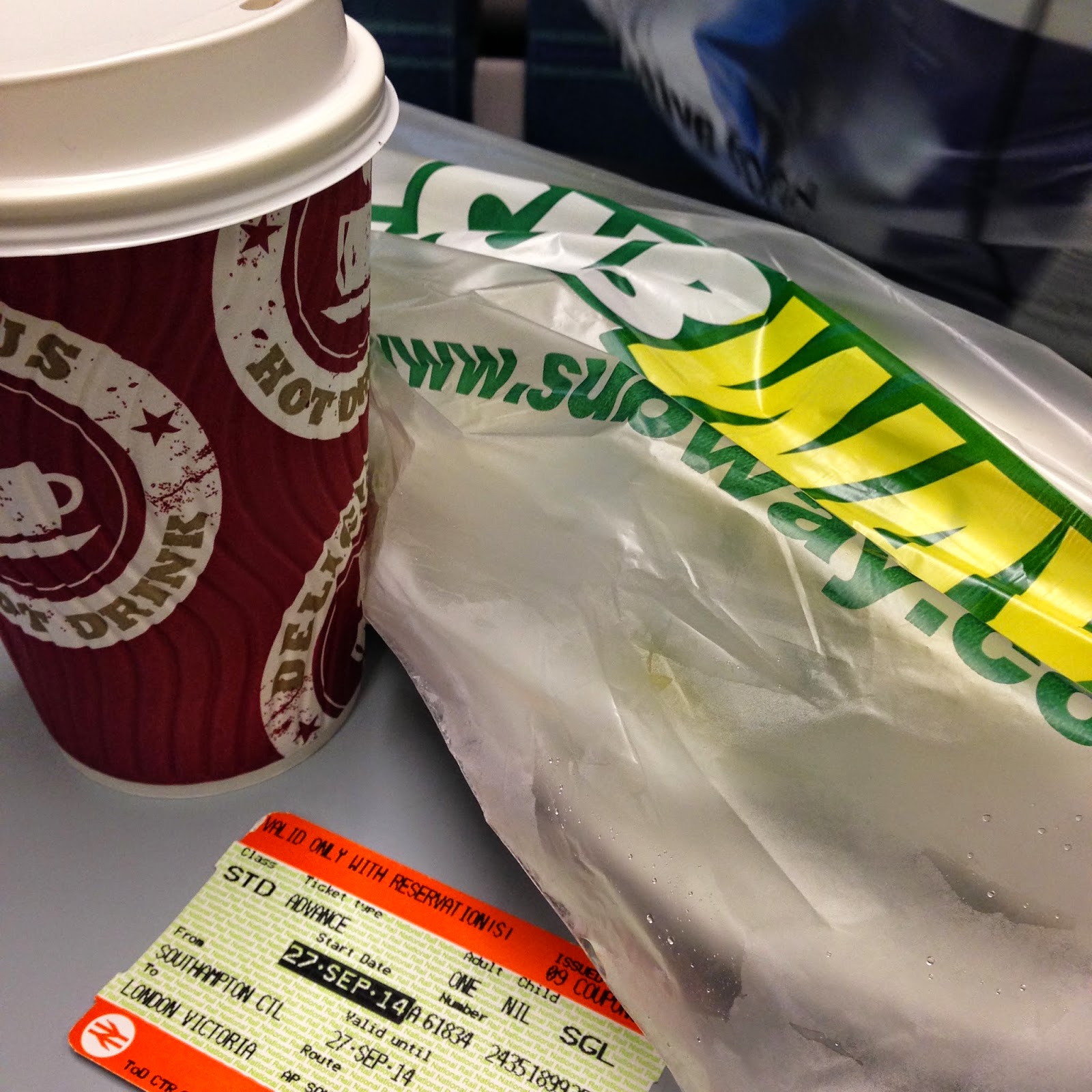 The reality is as starkly different as the fluorescent lights are bright. Here, everyone has a pale, luminous glow as they attempt to hide behind papers, books, and headphones from the relentless din of those finding solace, humour, and friendship in the warmth of alcohol. I'm in the latter category. Grolsch gripped tightly in one hand to steady against the sway of the train. Shredded lettuce and diced carrot strewn across the floor, the remnants of that dearly departed Subway dinner. Desperately trying to think of a footballer beginning with ‘G’. 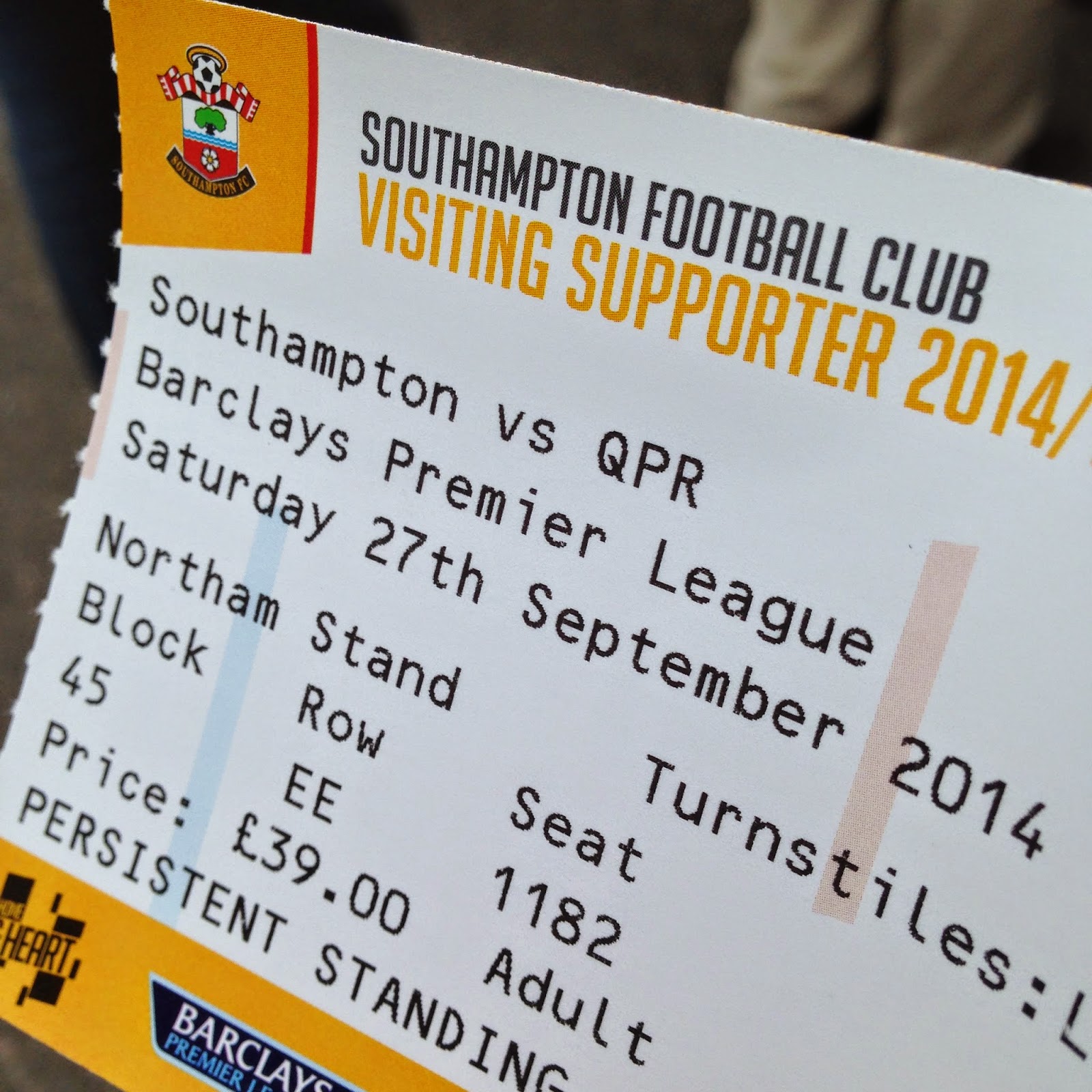 The train is heading back from Southampton. A long, slow, slog, stopping at every station between the capital and the coast, and every other in-between. It's a £13 journey that began 12 hours ago on the concourse of Victoria station. The last time I came here, it was to begin a journey to France. Not this time. Here's to now. Coffee, water, chewing gum, and a crate of Peroni. The breakfast of the Saturday Kings. The Wise Men following their star; in this case a poorly performing West London football team. Not then, so wise. But, they know this, they've done it a thousand times before and, each time, the day itself is the main spectacle. A win, just a bonus. 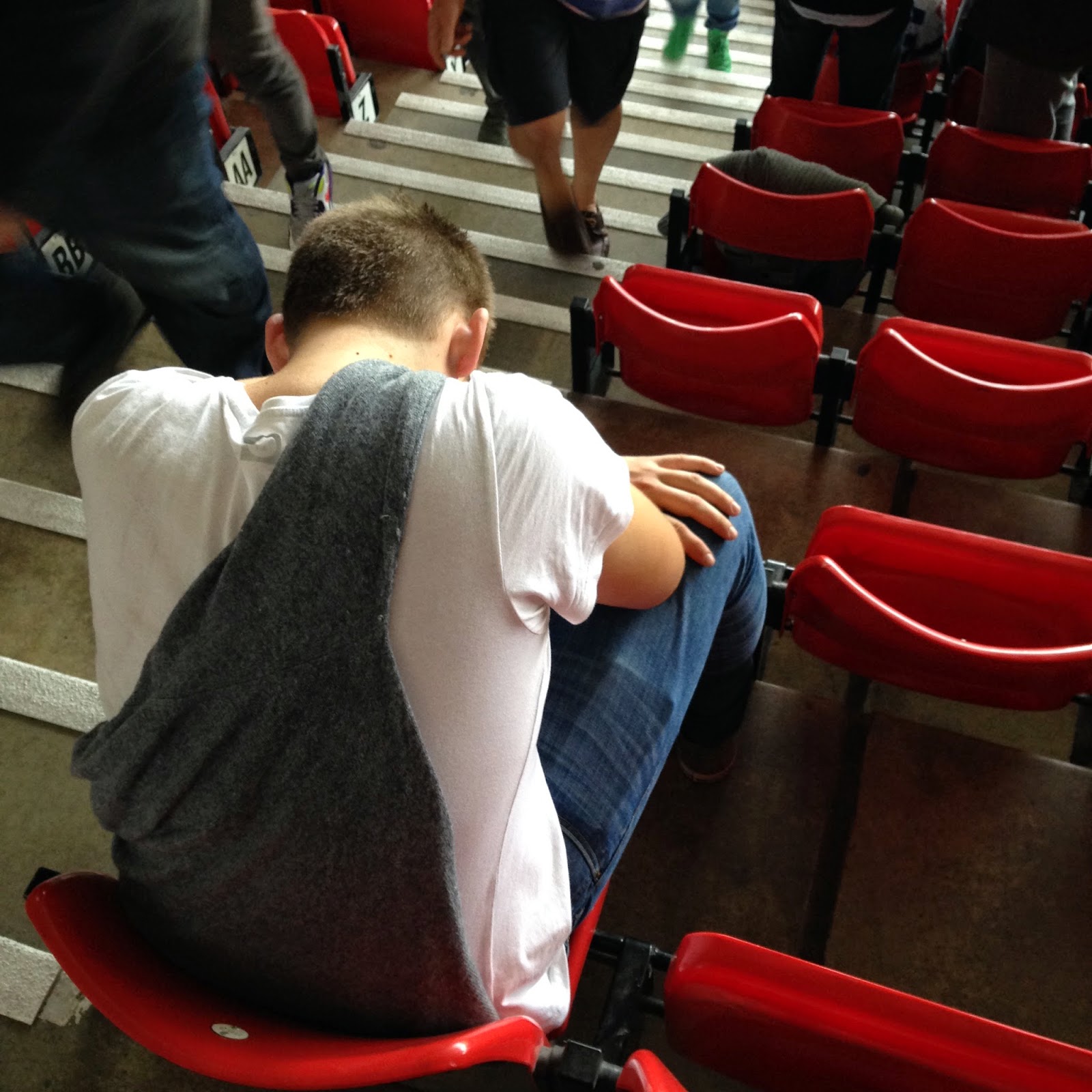 Following football is a fools errand. Every win an instant memory at the whistle, with the next game far more important than the last. Forward, always; forever more. A never ending battle for arbitrary prizes over which the fans have no control, but are convinced they have some influence. A man in a Shepherd’s Bush pub once cited urination in a graveyard as the reason for that day’s loss. Karma. Divine intervention. The alignment of the planets. Football takes sane people and turns them into irrational fanatics, willing to spend cold hard cash on countless tickets, shirts, beers, terrible burgers, and extra long odds; travelling the length of the country to shout, scream, cheer, cry, turn-tail, reach home and start over again. 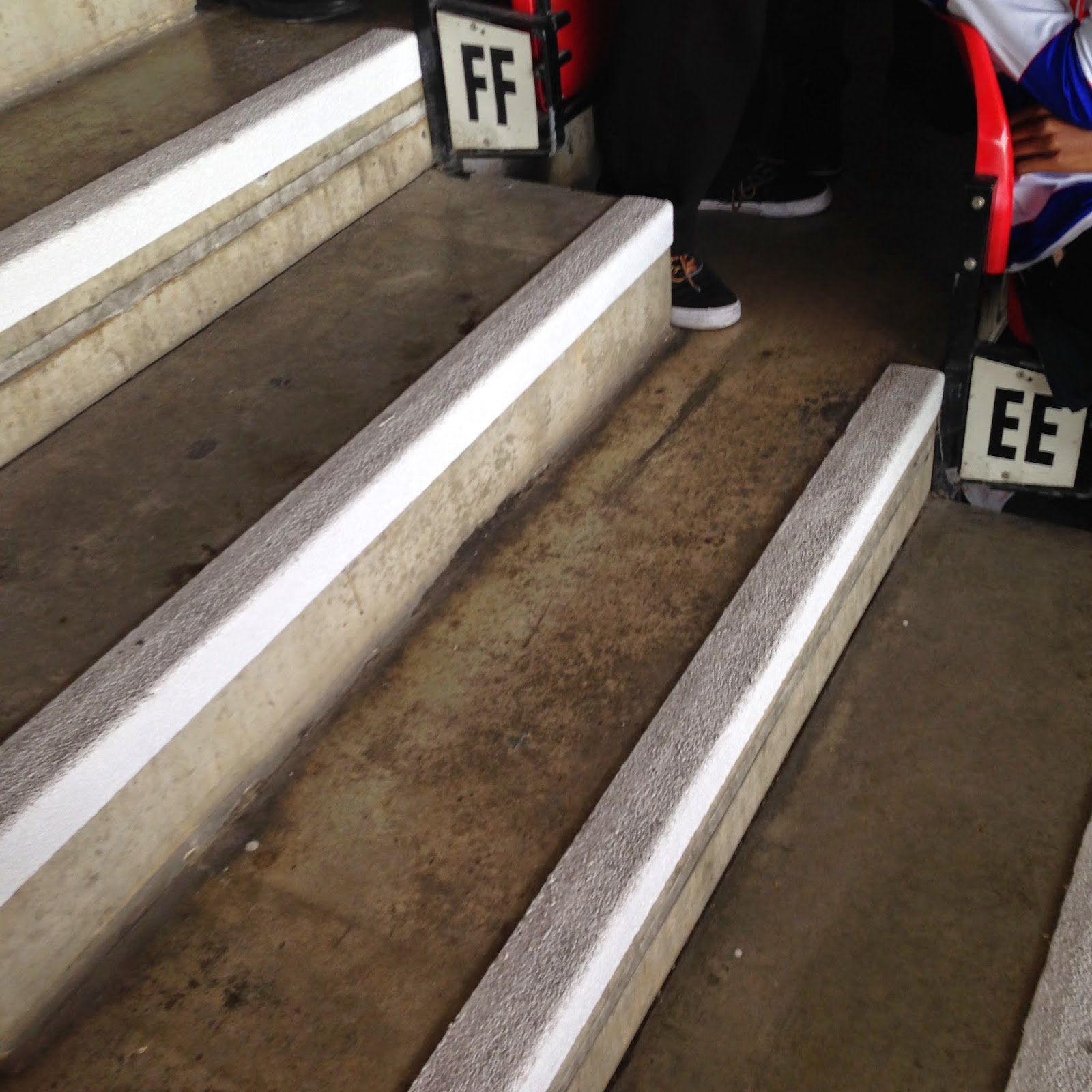 The majority of fans are calm, mostly. They reserve their emotion for the 90 minutes of play, directing anger to those on the pitch, and occasionally turning their joy towards the opposition fans. At the final whistle, they send a text, put their hands deep in their pockets and trudge to the pub for the late afternoon game.

Some though, a small minority, are animals. Mouths foaming, knuckles dragging, they come tanked up on booze, drugs, and the inner turmoil from their own miserable existence. Venting in each and every direction, they look for trouble, actively seeking a confrontation, or many. A comment on the team, a jibe at a player, or a polite request to sit down brought bile to the throat of one particular animal, out from his cage on day release from the Zoo. Inside, he smiled. This was the moment he had emerged for. He saw the red rag waving, loud and clear, where others did not. He howled, fists whirling, veins throbbing, belly slapping. He spat. He shouted. He shamed every fan of his ‘own’ colour. The target? A man with his ten year old boy. The former visibly shaken, the latter in tears. Neither will come to the football again, not for a long while. A day ruined, a season ruined, a belief in humanity ruined.

That fan’s behaviour won’t be shown in the adverts of Barclaycard, Budweiser, and whoever else sponsors English football. It's echoed up and down the country though, I guarantee. Morons, plain and simple. The scum of the nation whose single brain cell gets so lonely it wants to cry, lash out, and ruin the world for everyone else. A father and his son traumatised, victimised, subjected to a violent display of aggression reserved for the jungle, not the terraces. The police took action on the day. Let's hope they take more. 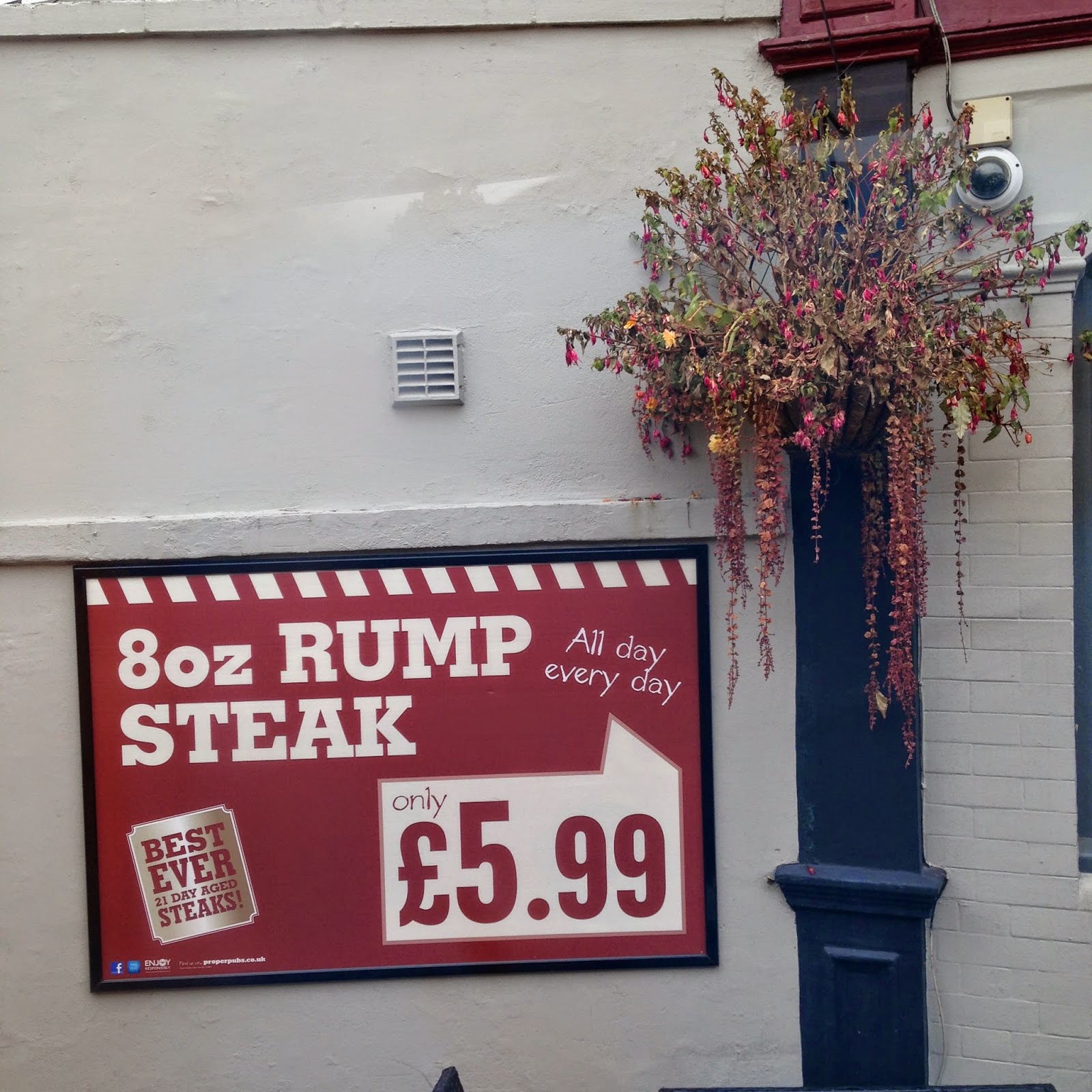 The day over, the team lost. We walk along the central reservation. A thousand fans, all headed to the pub across the asphalt in silence. No animosity. No aggression. Slide into the bar. Another beer and another match. The train appears at 19.00. The spectacular views of the sea, moors, and castles covered by the darkness and neglected by alcohol. It's a long way back to London this way. A station in every town, village, hamlet, and Gatwick airport, all ticked off the list. I’ve done one, I’ve done all. I’ve seen the six foot elf, fully clad in the uniform of Santa’s employ, wrapped in coat from North Face, buying a train ticket home. Honestly.

The clock ticks, slowly. The conversation turns to every matter bar football. Some in the carriage listen lazily, some turn the volume up and turn to those pages of the newspaper never read before.

It's been a long day.