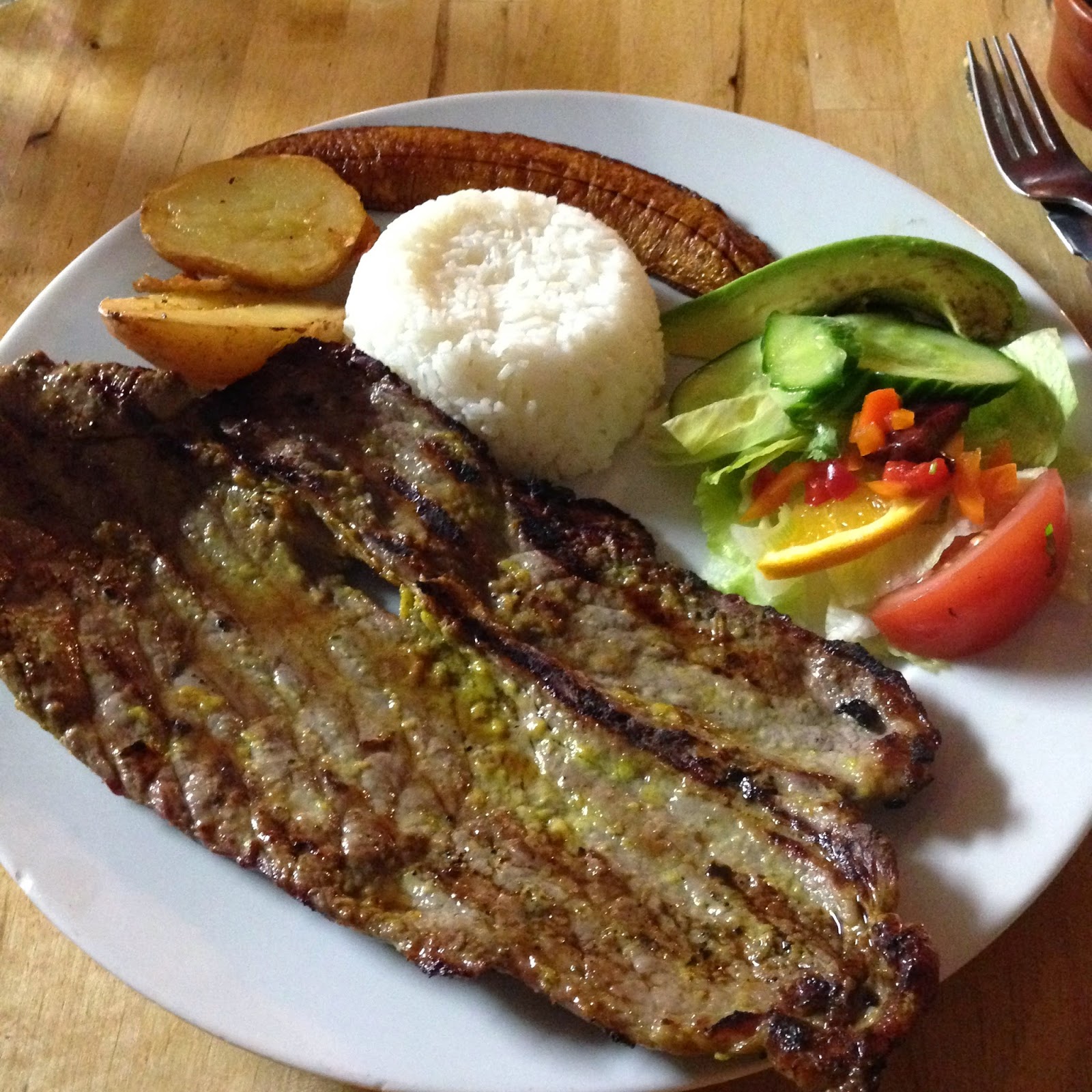 
Five minutes walk from the southern-most end of the Victoria Line stand a host of bandwagon-jumping restaurants and eateries, all desperately praying that their 15 minutes of famed-cuisine proves long enough to be profitable. Outside, an equally long and equally desperate queue of affluent 9-5ers wait their turn; people who long to be the skinny jean wearing, long beard combing, antique furniture from matchstick building hipsters who The Metro speak so fondly of.

Brixton is the trendiest place to eat in London, so say the words in my inbox, and so holler those free rags jamming the escalator of the Underground - disgruntled, of Wapping.

I'm far closer to today's gentrified and vilified Brixton demographic than the one of a decade ago - so close that I own both the denim and the chinos. I could try and feign indignation as the hipster phenomenon sweeps across the borough, lamenting the demise of whatever was here before; but I'd be as believable as a Tory MP claiming to have once ridden the bus.

In truth, I love the development of the place. New places to eat and drink give me something to do on a Friday night and a reason to open my wallet specifically in Brixton. I can't sit there, stuffing my face with the latest pulled lobster and fennel burger, and tut at the destruction of the incumbent culture, while shaking an empty glass and demanding more champagne. I'd be as hypocritical as those UKIP voters who buy Black Forest ham from Lidl. Wow, that's two political slurs in one review and both against the right!

El Rancho De Lalo sits at the heart of Brixton Village, wedged into the crawl space that even an estate agent would have trouble calling cosy, but arranged well enough that every Lib Dem voter, plus his family, could fit comfortably. I'm just throwing that in for balance. It's one of the more 'original' venues of Brixton Village; popular, but not the darling of those seeking shredded pork or ceviche. Instead, El Rancho stays true to it's heritage and serves up a traditional South American cuisine, consisting of 2/3rd meat to 1/3 carbs, plus a token side-salad. Unless, of course, you're brave enough to order the special, where carbs are substituted for yet more meat, pushing that particular side of the equation to around 5/6ths. It's heart strangling stuff, whatever you order. 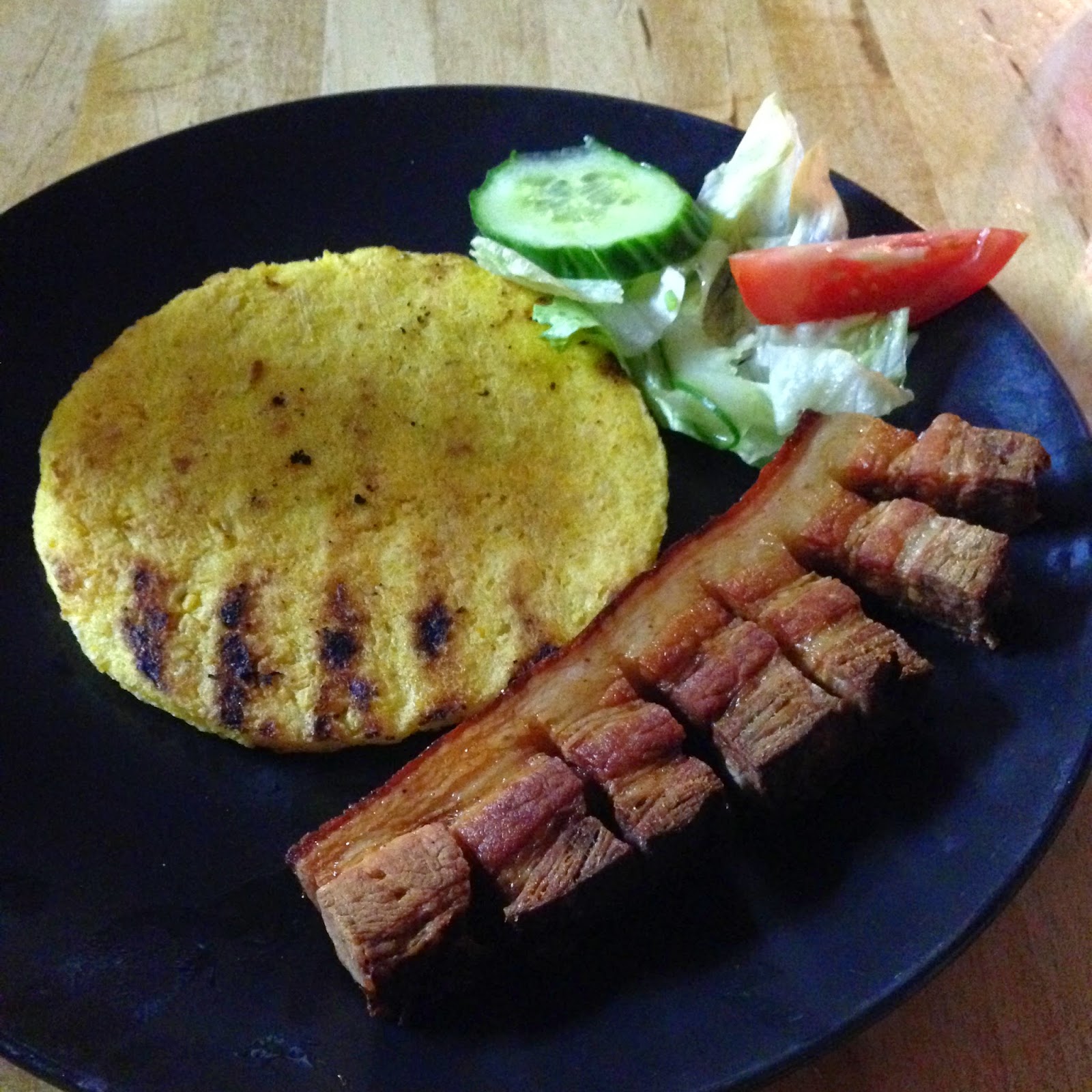 That isn't to say a meat-fest isn't wanted from time-to-time. I'd been told before of their legendary half-plate steaks and a piece of beef a cobbler could knit a pair of shoes with was what I was after. Fortunately, the analogy with leather stops there. This steak would have made a very soft, tender shoe, far more the consistency of a well-worn slipper (or weak and spineless leader of the Labour Party) than a brogue. Back of the net! And what else is there so say about steak? It was big, it was tasty, it took a good ten minutes to cut through half of it, and another ten before I could stand. Perfect. And the fried plantain, avocado, and plain rice gave the impression of a healthy dish. Double-perfect.

Before the main course, we'd eaten through a thick piece of belly pork, fried to within an inch of it's life, just the way it should be. The fat, enamel-crackingly hard, the pork seared to maintain the moisture, served alongside a flat patty of cornbread. It was all a little dry, even if the pork did contain a thimble of water. Where were the traditional refried beans that dominate South American cooking? A small bowl of those would have been a treat. 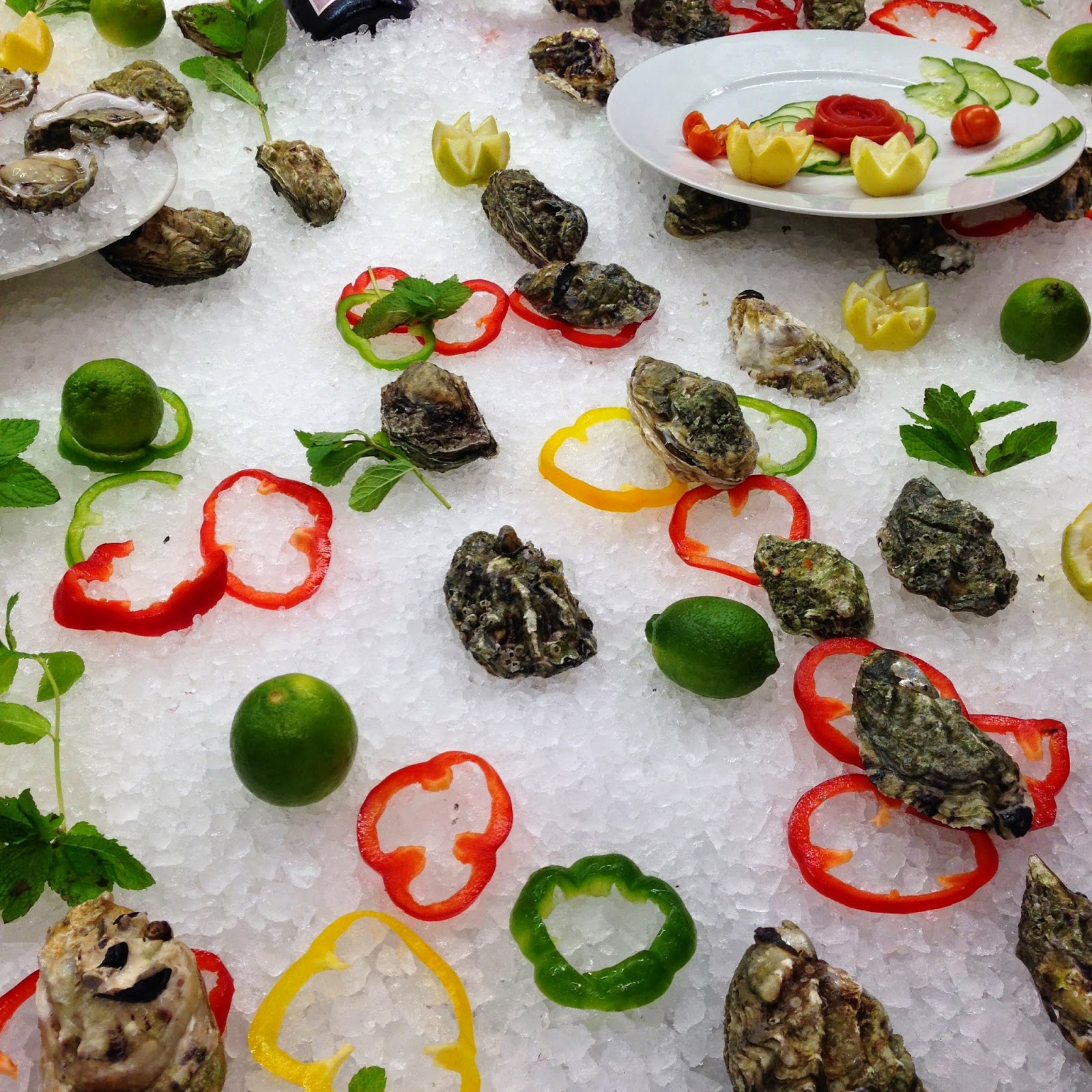 Dinner over, we wound our way past the cheese eaters, the champagne quaffers, and the never-ending queues. I'm plagiarising myself to say it, but it's strange that people will stand in line for food when there are perfectly good, although potentially less fashionable, alternatives just next door. That's probably the one area where I and the new trendies of Brixton disagree; I just can't wait that long to be fed. Ever.