It was 5.45, on a Saturday. The platform was almost empty, save for the returning late night revellers, tube drivers heading out on shift, and the man dressed as a Jedi. What a walk of shame that is.

Wrapped in two t-shirts, one hoodie, a coat, and a beanie, I huddled down into my collar, attempting to shiver off the last of a three-day bed-ridden cold. On my feet, off-white running shoes; a pair of Asics sadly setting out on a voyage from which they wouldn't return.

Vauxhall, Clapham Junction, Putney, Barnes. The morning grew darker as the emptying carriages rolled out to the quiet suburban bliss of deepest, darkest South West London. Saturday newspapers lay unread and cats startled the empty milk bottles as we thundered along the deserted streets in a low-slung, ten-year old Golf. Inside, heater turned up to eleven, teeth still chattering, we discussed nerves and tactics over Lucozade and Jaffa Cakes.

On the open road, the two hour journey took ten minutes. Motorway, A-road, farm track, cowpat filled field. Pack on the back, we walked the last mile, watching mud-soaked runners climbing hills, crossing cabbage patches, and breathing heavily. It was our turn next. The start of Tough Mudder, I don't care for. All oorahs chest slapping, fist bumping nonsense imported from the States. The scathing English rubbed shoulders, muttered cynical disapproval, and joined in politely. And then we were off. Orange smoke, a small fence to hop over, a man with a sprained ankle to dodge, across the grass, up and down the hills, and out to the cabbages.

The first obstacle of Tough Mudder, bar the five foot garden fence at the start, is pace. The second, is other people. There's a temptation, after the adrenaline boost at the start, to set off like a bolting horse, steaming ahead of the scrawny marathon runners, muscle-bound gym warriors, and orange-clad veterans. A desire to get ahead, to win the race that no-one else is running. Ten minutes into the cabbage patch, you realise it's a pointless endeavour. The stream of 'competitors' is relentless and the obstacles add such a start-stop to proceedings that it's best to ignore everyone around you and settle into a comfortable stride. 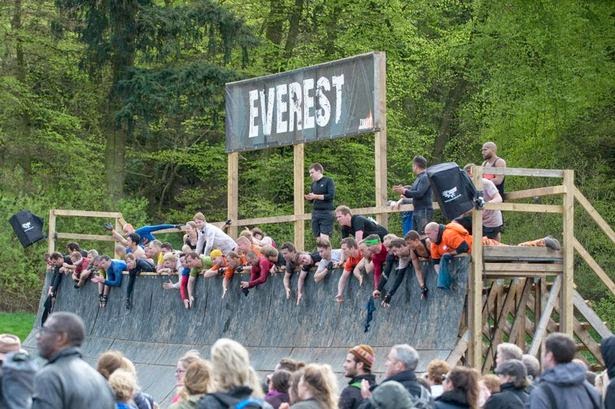 Tough Mudder isn't easy, but it isn't tough - so says the guy who bottled the 12-foot drop and the ice bath. Hey, I swim like a brick, and bricks have an unfortunate habit of sinking. I aced Hang Tough though. Stick that in your oorah and smoke it.

This isn't an attempt to play the hero. It is a gruelling encounter - three hours of almost continuous running, knee deep mud, electric shocks, and twenty other delightful obstacles - but, bar injury, it's only moderately difficult.

The team element helps. Four other idiots to laugh with, jostle, and motivate over the obstacles. It helps, when you're ear deep in ice-cold water, your face pressed against a metal cage, slowly moving towards the end of a trough, and gradually sinking towards the fear, to hear the muffled cries of encouragement from the other passengers in the car. It also helps, when you can't be arsed to haul yourself over another wall, to have a couple of people to give you a firm push. It's not quite so nice when one of those you're pushing happens to have forgotten his pants. The horror, the horror!

Through the cabbages, underneath the dull grey sky, Tough Mudder seems like a hard slog that won't finish quick enough. Two hours later, jogging the crest of a hill, looking over the sun-kissed fields of England, it's a pleasure, a joy, a stroll in the park, albeit with burning calves and a chill in your chest. 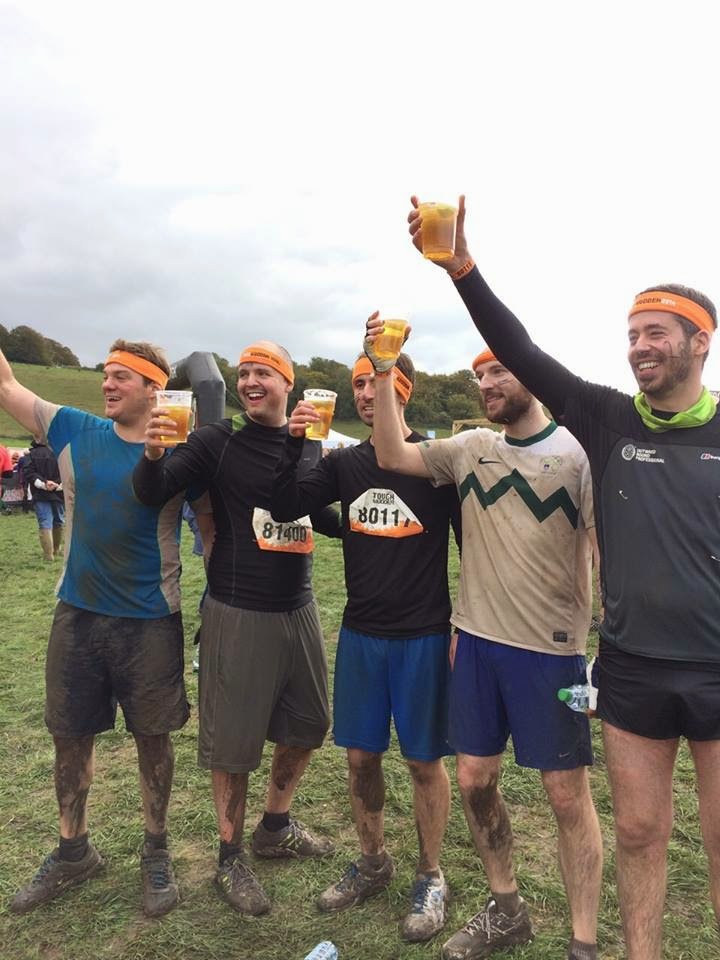 Tanks, logs, mud, mud, mud, ice-cold water, barbed wire, electric shocks, and a sprint up a half-pipe, arms waving for some strong bastard to pull your limp corpse over that final lip. The finish line and the final arm numbing bolt of electricity are more than a welcome sight.

A drained body, a drained pint, a drained hose washing away the encrusted mud. Headband firmly in place, the journey home was bliss and a well-earned McDonald's. A massive spread from ear-to-ear as that train rolled back through Barnes, Putney, Clapham Junction, and Vauxhall. The man in the Jedi suit presumably nursed his pride and his hangover that evening, I nursed my aching limbs and it was well well worth it, even with the oorahs.