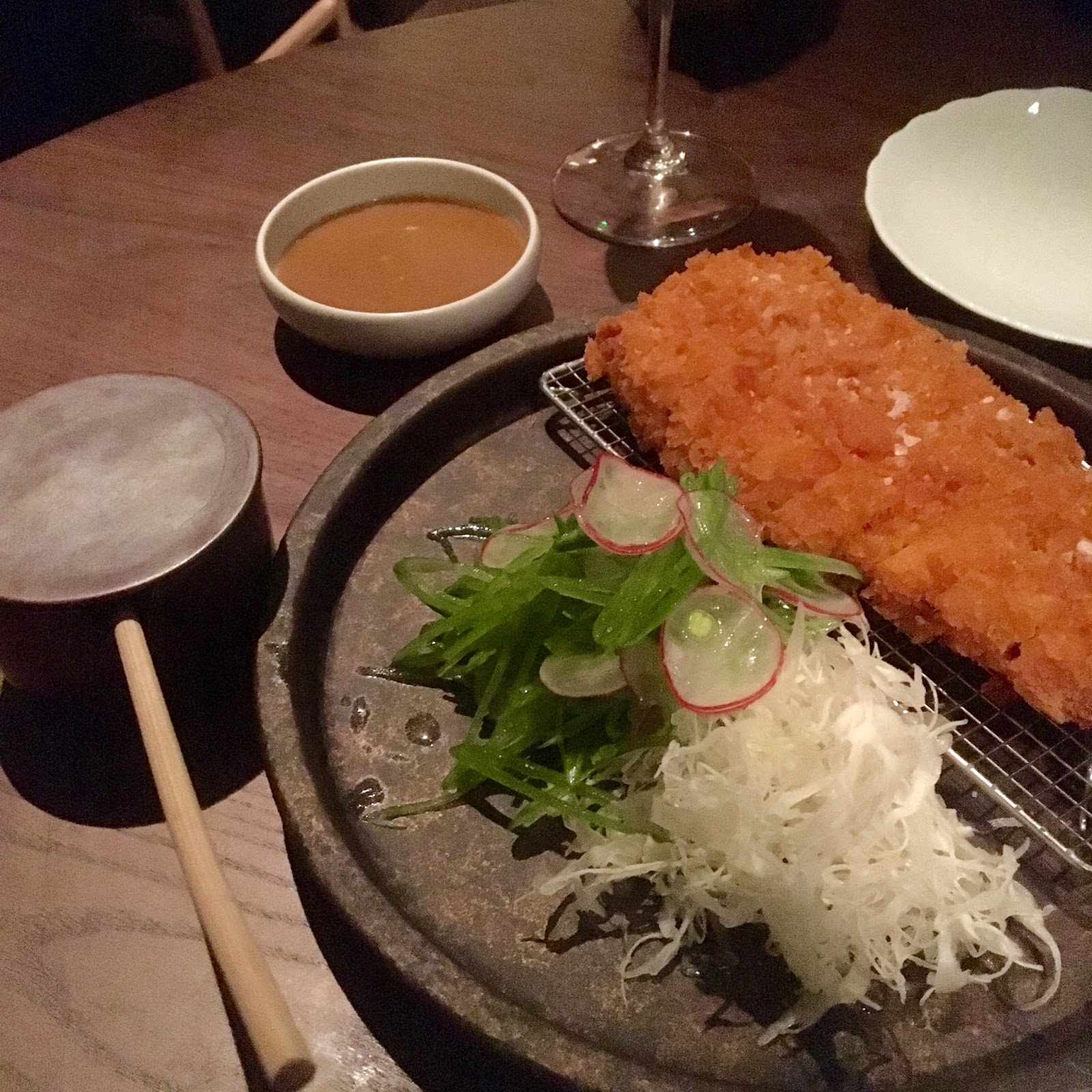 I was never really a food scene kind of person anyway. I was invited to the odd opening, sent the odd press release; but, I never had the time or energy to keep my nose firmly pressed to the scent of all that’s happening in London. Kudos to the people who do and who fill my Instagram feed with endlessly delicious looking dishes. Without you, I wouldn’t keep remembering all those many many places I’ve forgotten I wanted to visit.

I love the pictures, don’t get me wrong; but, I hanker for the truth. Not everything is AMAZING - far from it - and plenty of dishes, places, and plates that I’ve eaten and would describe as mediocre, I see slapped with a thousand thumbs-up and smiling faces.

Or, perhaps, I’ve misread this situation entirely. Maybe everyone is happy with everything they post on Instagram, maybe to them everything is amazing, maybe I’m just a miserly, picky git, who looks for fault in everything, rather than just sitting back and enjoying the fruits of someone else’s labour.

Nope, it definitely can’t be that.

To set the scene, Sosharu isn’t the finest of fine dining, nor is it the sort of place you drop in for dinner on the way home. It’s clean, crisp, angular, filled with tables and chairs that cost more than the average salary, with a slightly snooty vibe, and staff who greet you with eyes that suggest they’d rather you were somebody famous. This is the sort of restaurant that attracts couples on dates - one of whom is looking to impress - and tables of tie-less, overweight businessmen, who pay on expenses and talk loudly about the people they know, wines they’ve drunk, and money they claim to have earned.

To start, head downstairs to the dark, sleek, brooding basement of a cocktail lounge that can’t decide if it’s a karaoke bar, a brothel, or both. The drinks here are phenomenal; the service, the same. My drink - the unappetisingly titled Gastown - smoked with layers of whisky and cynar, offset by a sweet hint of maple syrup, and glided across the tongue far too easily. I could have stayed for another.

Outside the cocktail bar there’s a row of Japanese toilets (in cubicles, I’ll add). They raise, they lower, they spin, blow, wash, and probably put on a light show if you press the right button. It’s all very impressive; a spectacle of busyness that doesn’t achieve very much. An almost perfect analogy for what was to come.

The dining room at Sosharu is cool, super-cool. Thin dark wooden beams - like a sea of bamboo in the night-time - divide the space, hiding some tables, leaving others exposed, while an army of brown-booted waiters hurry, scurry, and flit backwards, forwards, and sideways beneath the seriously scowling eyes of suited maître d’s. Behind the long length of bar, glittering with the glass of every bottle under the sun, more waiters polish glasses, pop corks, and pour an endless flow of wine into ever more intricate looking decanters. The atmosphere is frenetic, yet calm, precise, yet chaotic, busy, yet not, and all the while, exceedingly slow. Our drinks order disappeared, the first course did laps around the tables. The service charge, justified by the boot rubber worn to the floor and the repeated squiggles on the paper.

So far, so much style over so little substance - and that theme continued.

Sosharu is a Jason Atherton restaurant. Jason Atherton is a top chef at the top of his game. Previously, at Pollen Street Social we were served exquisite dishes packed with clever flavours, exciting textures, and a massive dollop of sparkle. Everything was AMAZING; apart from *that* pudding that looked as if the chef had kicked it onto the plate. Sosharu wasn’t any of this. The menu was short, yet complex, with an explanation from the waiter only making the latter worse. The dishes, however, were simple. The first; fried chicken. Large chunks of white meat, in a salty batter, lifted straight from the fryer of a local Chicken Cottage. Two piece chicken and chips is about £2.99; this was closer to a tenner, minus the chips.

Following the bland pop-corn chicken, were a series of mildly diverting dishes that I wished and willed to be better. I didn’t take notes - I never take notes - and the memory of these dishes passed me by before the fork left my mouth. The octopus, was just octopus. The tonkatsu, was just tonkatsu. The bowl of steaming rice covered in egg, was just a bowl of steaming rice covered in egg - such a sticky glob of glutinous gloop, that having eaten only three forkfuls, I’m probably still digesting it now.

The disappointment here wasn’t the taste, it was the expectation shattered by a lack of invention. Maybe I didn’t read the script, but with Jason Atherton’s name and Jason Atherton’s prices, I expected something really interesting, really mind blowing, genuinely creative, with each dish being a talking point to endlessly deconstruct and discuss. As it was, we were left talking about the obnoxiousness of the table sitting next to us, pondering on where our wine was, and wondering if the stern looking maître d' would be decapitating a member of staff for forgetting our order. I really hope not, but someone really needs to do something to up the productivity around here.