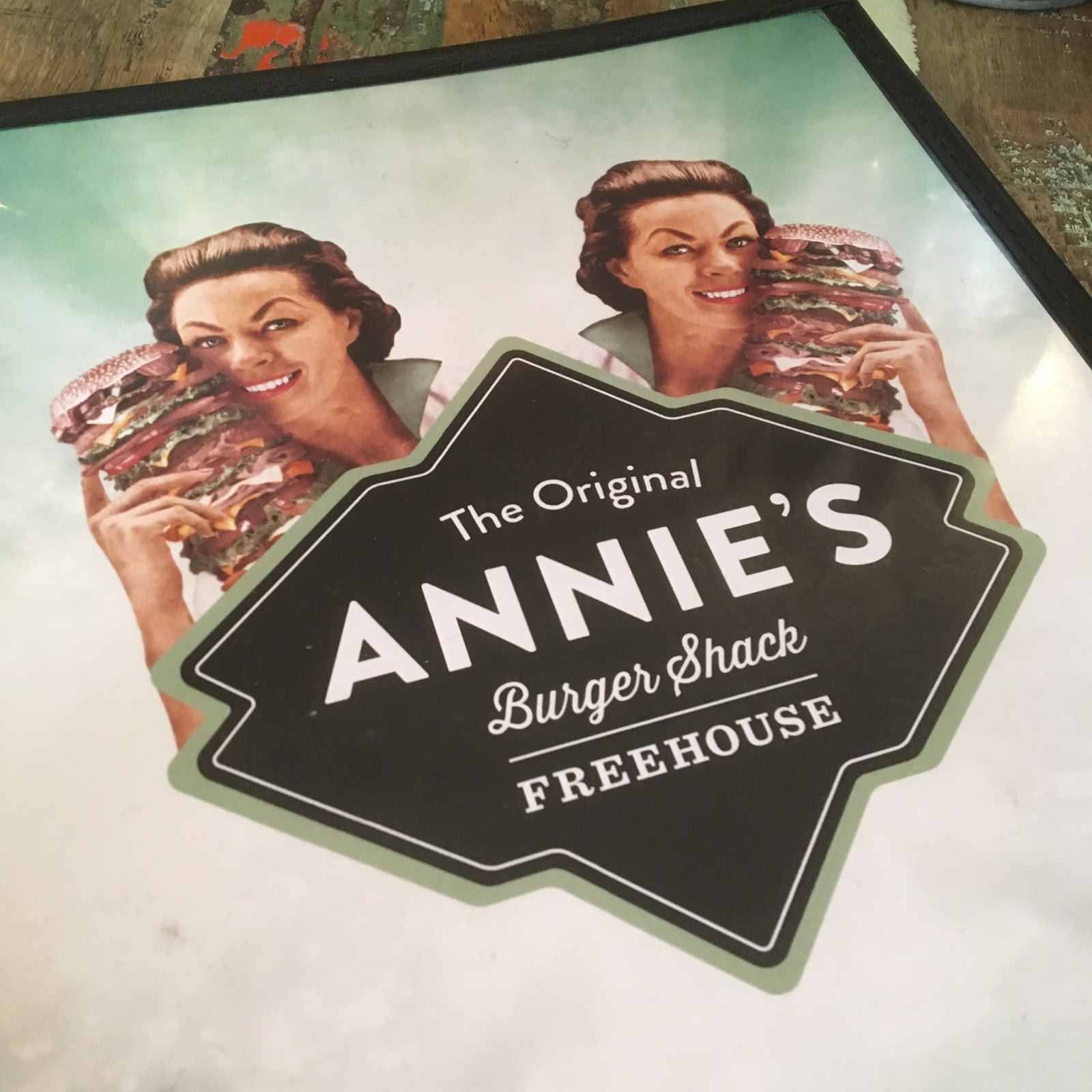 An essential part of being a critic is to, occasionally, disagree with popular opinion; to play devil’s advocate; to suggest that things might not be a rosy as they seem. Otherwise, what’s the point?

If I tell you everything you already know, all three of you reading this will grow bored of me pretty quickly.

With that in mind, I turn to Annie’s Burger Shack in Nottingham. Annie’s is an institution, I’m told. A must visit ‘foodie’ hot-spot, nestled amongst an otherwise bleak culinary wasteland - not my words Nottingham, the words of someone who claims to know you well.

With endorsements as good as this ringing in my ears, I’d be a fool to pass up the chance, even if Annie’s does just do a burger - a food, which I’ve very recently said is frequently overhyped and really not worth its near blanket coverage in almost every issue of Timeout. 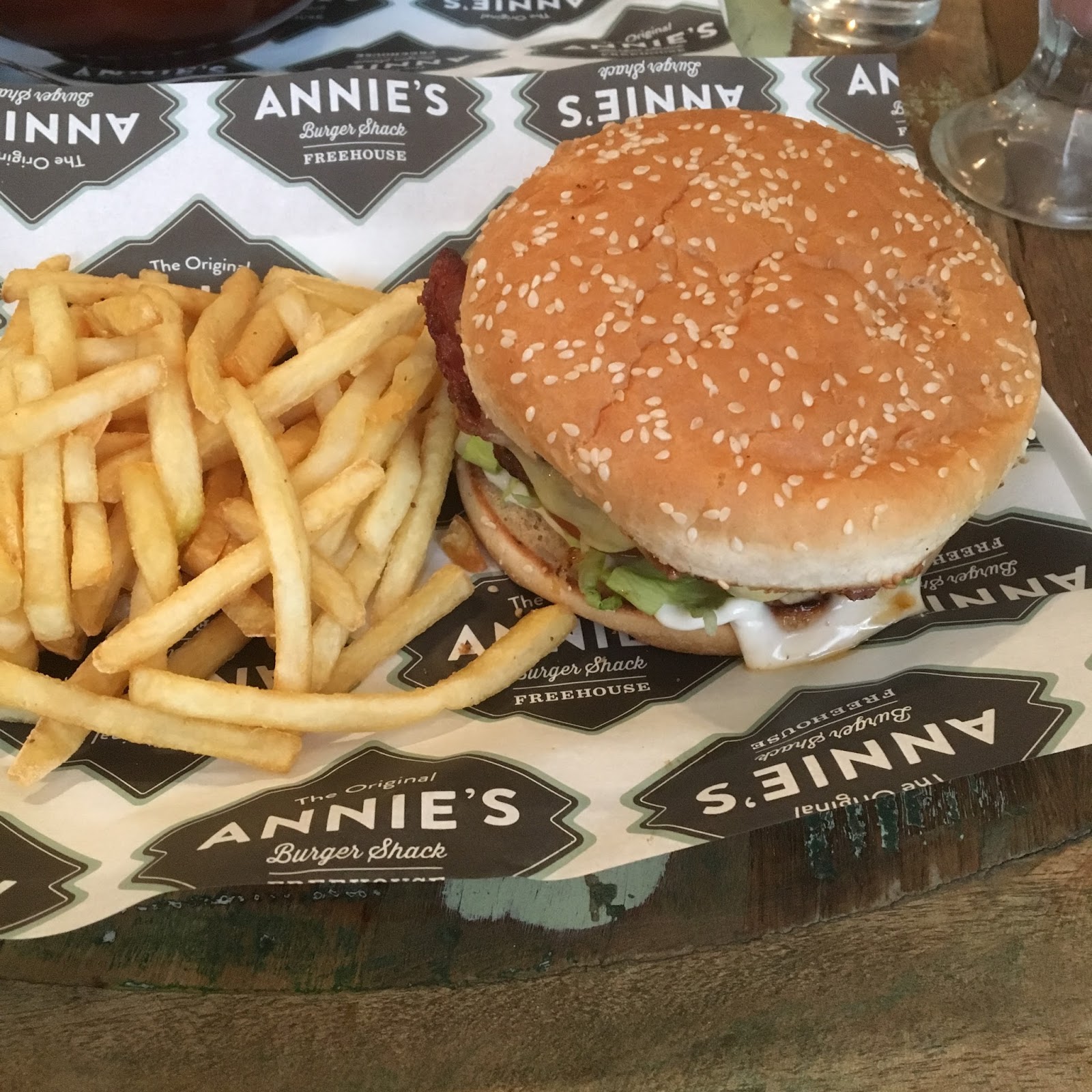 As a restaurant, if you’re only going to offer one dish, you’d better do it well. Aside from a few odds and ends, tucked at the back of the menu, Annie’s does offer up a single dish; but, in a mindbogglingly large multitude of forms. This isn’t just one burger, three burgers, or four: it’s a bible of burgers, featuring every conceivable (and inconceivable) topping, plus a choice of a meat, veggie, or vegan patty. Take a look. The mere sight of the menu sends your eyes spinning; darting across the triptych that covers half the table in front of you, as you pick up words like, and jerk, Yorkshire pudding, peanut butter, and Johnny Vegas.

Yep, that’s right. This is a menu festooned with crazy, dripping with insanity, and oozing with the notion that someone started down a comedic road and never found a place for a u-turn. At the end of this monstrosity you’re just left asking, why?

Perhaps, I’m being unfair here. I didn’t try anything other than the bacon and cheddar burger, so how can I comment? Well, I’ll leave this with you: ‘The Elvis’ - a half-pound burger smothered with peanut butter and raspberry jam. Case closed. 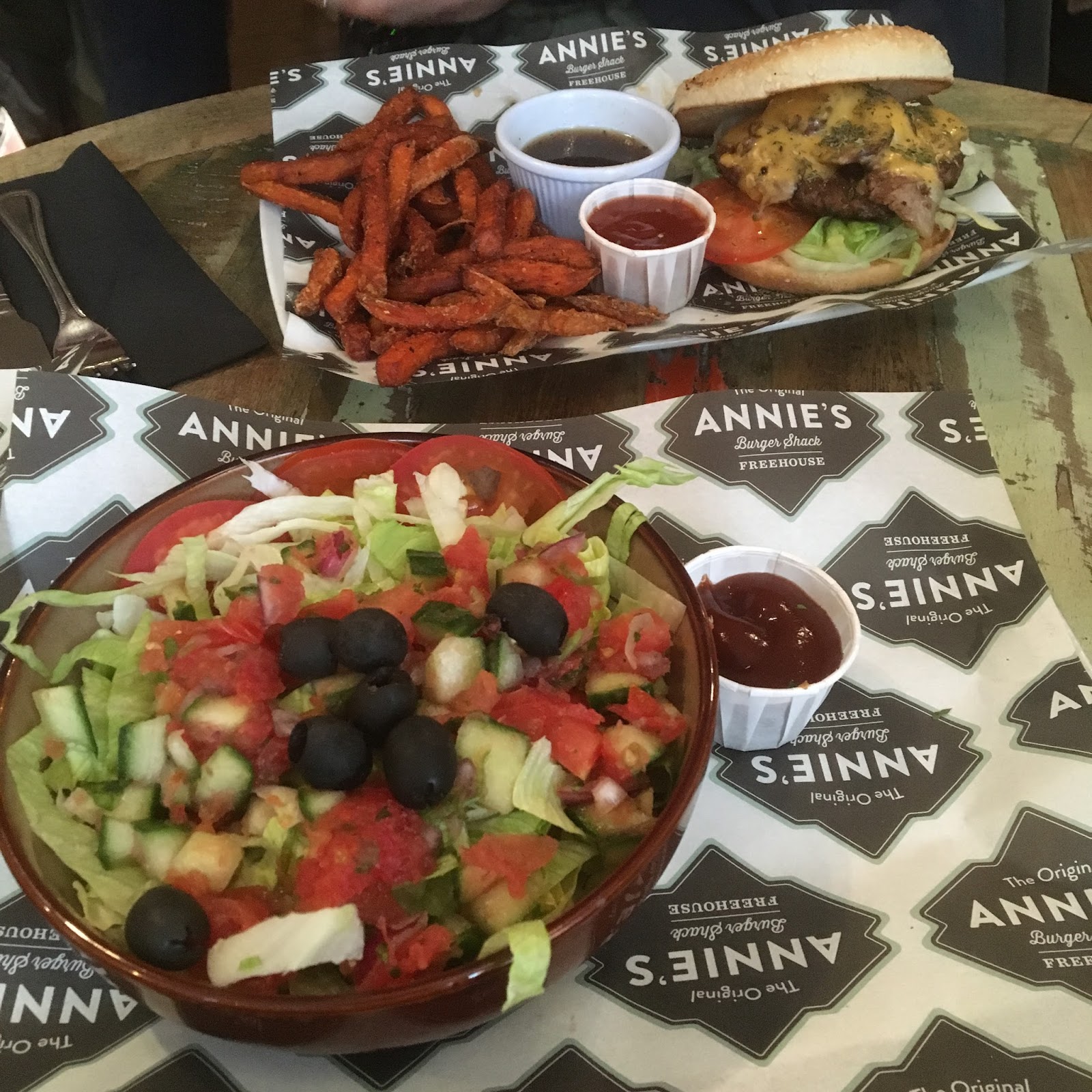 Having struggled to navigate this menu more than once, I stuck with my bacon and cheddar burger - with a meat patty. I asked the waitress what the same burger looked like with a vegan patty (as in, does it still come covered in meat and cheese?). She didn’t know the answer. Let’s just park that one there, shall we?

I also ordered onion rings and a side salad. I’m no Poirot, but I’d wager that the former came straight from the freezer, while the latter was a bowl of shredded lettuce, with a couple of insipid olive slices scattered on top and some tasteless cheese. I wouldn't normally mention side dishes; however, given the menu’s penchant for the bizarre, I hoped for something a little more lively. Anything would have lifted that salad - even some jam.

The burger itself? Well, let’s just say that I’d be impressed, only if this came from a roadside kebab van at 2.00am after I’d washed all taste from my mouth on a cocktail of cheap vodka and budget Red Bull.

Harsh? Yeah, I know. And, if by some freak of the internet, the chef ever reads this, they’ll no doubt be sharpening their knife for my neck - their peanut butter and jam splatted knife, that is. 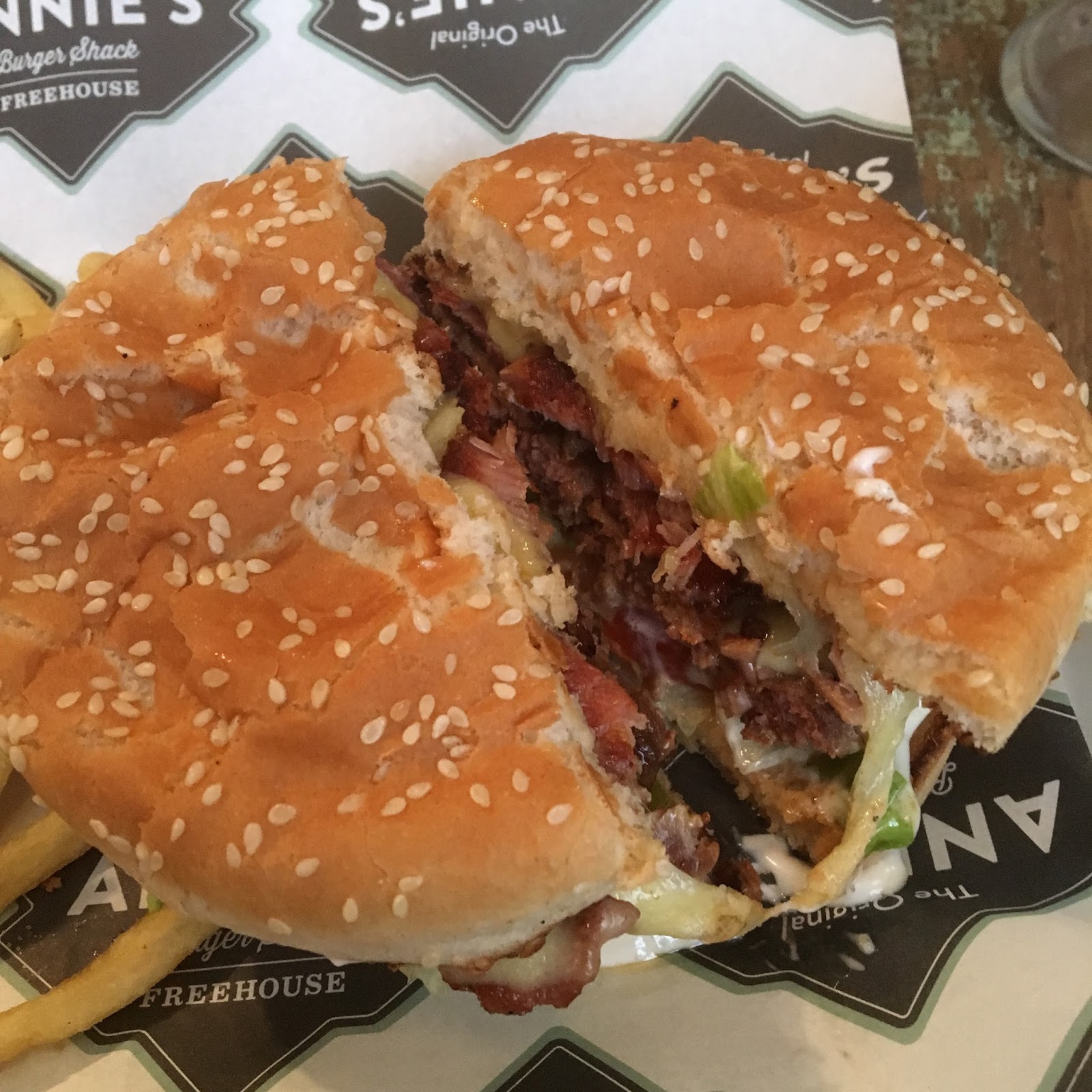 I stand by what I say, though. This burger was awful and, not only that, it cost £10.20, without the sides. The bun was a cheap, pappy sesame seed bun, bought from a local discount supermarket - it had to be. The bacon, again cheap, tough, tasteless, adding nothing other than a stringy bit of fat that pulled the rest of the innards out after it caught in my teeth. You know the sort. The cheese, passed me by. The iceberg lettuce, just added more water to the bacon. And then we have the meat. I just didn’t know what was going on here. There was a hit of paprika (as stated on the menu), fine; but, as Mondale said, where’s the beef? Where’s the hit of meaty-meaty goodness that slaps you around the chops and screams ‘I came from a cow!’. Wherever it was, it wasn’t here. Paprika aside, this was a flavourless burger, with a grainy texture that decomposed between the bun and reminded me only of a £3.00 offering at a deserted dog track. All-in-all, a rank disappointed.

And, I’m sorry Nottingham. I really am. I wanted Annie’s to be everything and more. An American-style diner throwing out classic US grub that rivals anything that we get down in London. It just wasn’t anywhere close. A branch of Byron or Honest would wipe the floor with them.

This review might have a touch of the ‘Flaming Moe’s’ about it, as I scream “you just lost yourself a customer” over the sound of the packed tables, as they order yet more jam slathered meat. As I said at the start, though, I’m not here to agree with everyone. I say it entirely as I taste it - and Annie’s tasted bad.

Let’s just hope the chef can put down the knife - before my blood is added on the menu as another topping - and concentrate on the essentials of what sits between the bun.