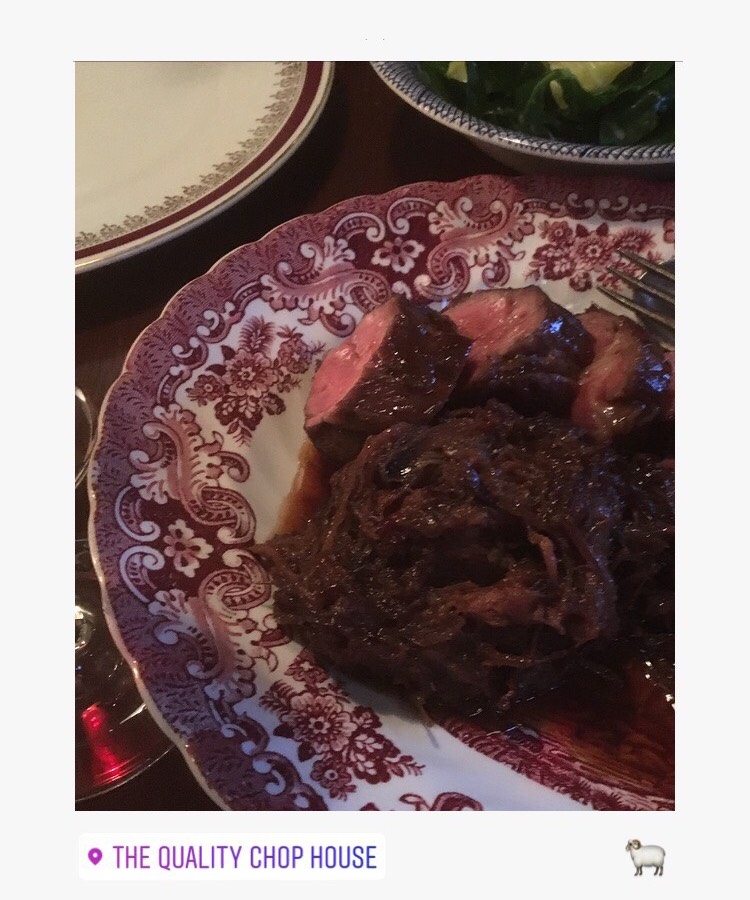 I have to be a little careful here. Our trip to Quality Chop House was a birthday meal, from me to my girlfriend. Any criticism I deliver, then, surely waters down the present and probably means I owe her something else to make up the difference.

But, I’m nothing if not a hero - and here, I’m going to take a bullet, water down the present slightly, so my audience (hey Mum) doesn’t make the same mistake we did.

We squeezed in, on a hot evening, next to a really quiet couple who looked seriously, seriously displeased to hear me. Dust blew in the light wind that breezed through the open door, the sounds of traffic and the mating call of drunks carried in from the street, while a clock ticked quietly in the corner.

The champagne (it might have been a sparkling wine, actually) was an accident, it said on the menu - discovered when the producer tried to create a different drink. It tasted like one too.

Another accident was the word ‘Chop’ above the restaurant door.

Mondale to Hart - where’s the beef?

Seriously, where was the beef? Everyone around us seemed to be chomping through some massive t-bone action; the sort of steak that toppled cars 10,000 years ago. It was absent from the menu, though. Not a cut of cow in sight.

We asked and, apparently, QCH has a limited supply - they only order as much as they think they’ll need for the weekend.

This was Friday. At 8pm. At a chop house. How many vegans had they booked in for the weekend? How many people were going to come in and order leek soup? Come on! People want meat! People expect meat, at a chop house. And you’ve run out, at 8pm on a Friday, in central London, a ten minute walk from Smithfield Market - Smithfield, ‘the largest wholesale meat market in the UK’ (thanks Wikipedia).

Not only that, but clearly the chefs are strong with their meat game. The asparagus I had to start was tough, saltless, and boring.

Anyway, with no beef, we went for lamb. Solid, dependable lamb, cooked three ways, served on a big sharing plate, with a couple of sides - and an extra order of potatoes, which they also stored in that deep, dark, cavernous cellar. We tried our best. We chewed slowly. We took deep breathes, big pauses, and talked about the weather. We eked out the meal for as long as we physically could; but, those potatoes had to be eaten, unaccompanied, in place of a dessert.

There’s a few lessons for the restaurant industry here. First, sort your s**t out. It’s Friday night, it’s a popular time for people to eat and spend money, you’re going to busy - bring your A-game; don’t be dithering around, neglecting to take orders, and keeping your champagne and half your menu in the next postcode.

Secondly, get people a drink. Straight away. Demand they have one. Offer them something good from the list. We’re a couple, we’re ever so slightly dressed up and looking a bit tipsy - tip the wine list down our throats; chances are we’ll pay for half of it.

Anyway, if you’re in the area, don’t just take my word for it - give Quality Chop House a try; or, walk around the corner to Exmouth Market and the many, many decent restaurants on that street.