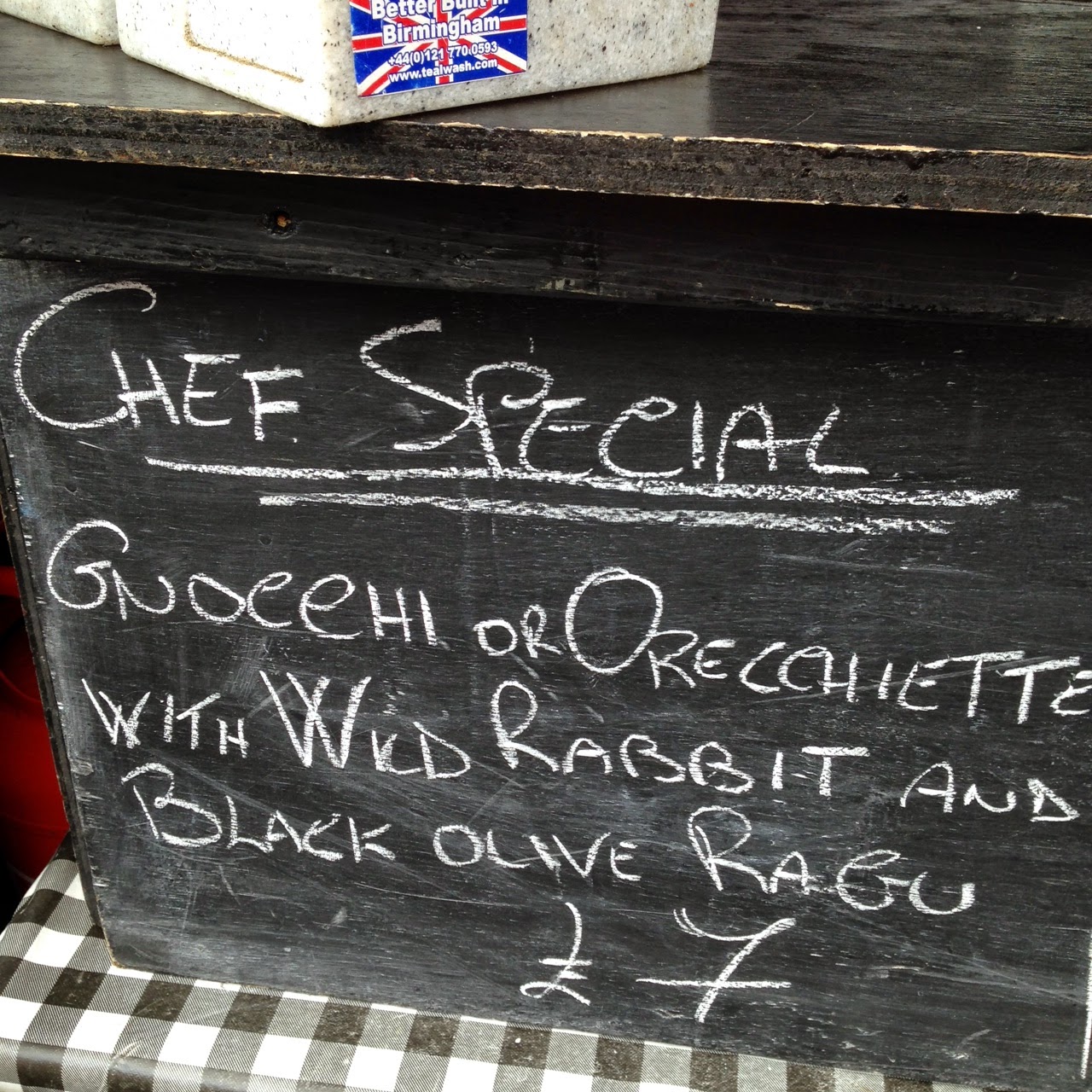 
When I moved to London I had certain preconceptions about various areas of the city. Shoreditch, trendy. Mayfair, posh. Clapham, boring. While some proved true, most were definitely false. There are far too many tramps outside Patisserie Valerie for Mayfair to be truly posh, while Clapham's so exciting its chicken shop has its own reality TV show. With Shoreditch, on the other hand, 'trendy' hits the nail on the head. Presumably, a sustainably sourced bamboo nail, hit with a Scandinavian designed hammer, made from recycled fixie bikes - so says the self-descried lifestyle blogger, typing on his Mac in a loft apartment just off Hoxton Square. What a hypocrite!

Wapping, I had noted as a place to avoid. A home for Victorian murderers and, until recently, the News of the World. Occasionally, I'm wrong though; ever-so-slightly wrong. It's a pretty nice place, Wapping. Expensive warehouse apartments overlook the Thames on one side and flagstoned streets on the other. It has pubs owned by celebrities, restaurants by Ramsey, and a harbour full of luxury yachts. Not exactly surfing the breadline, as I thought it might be. As I said, I was wrong; very occasionally wrong. 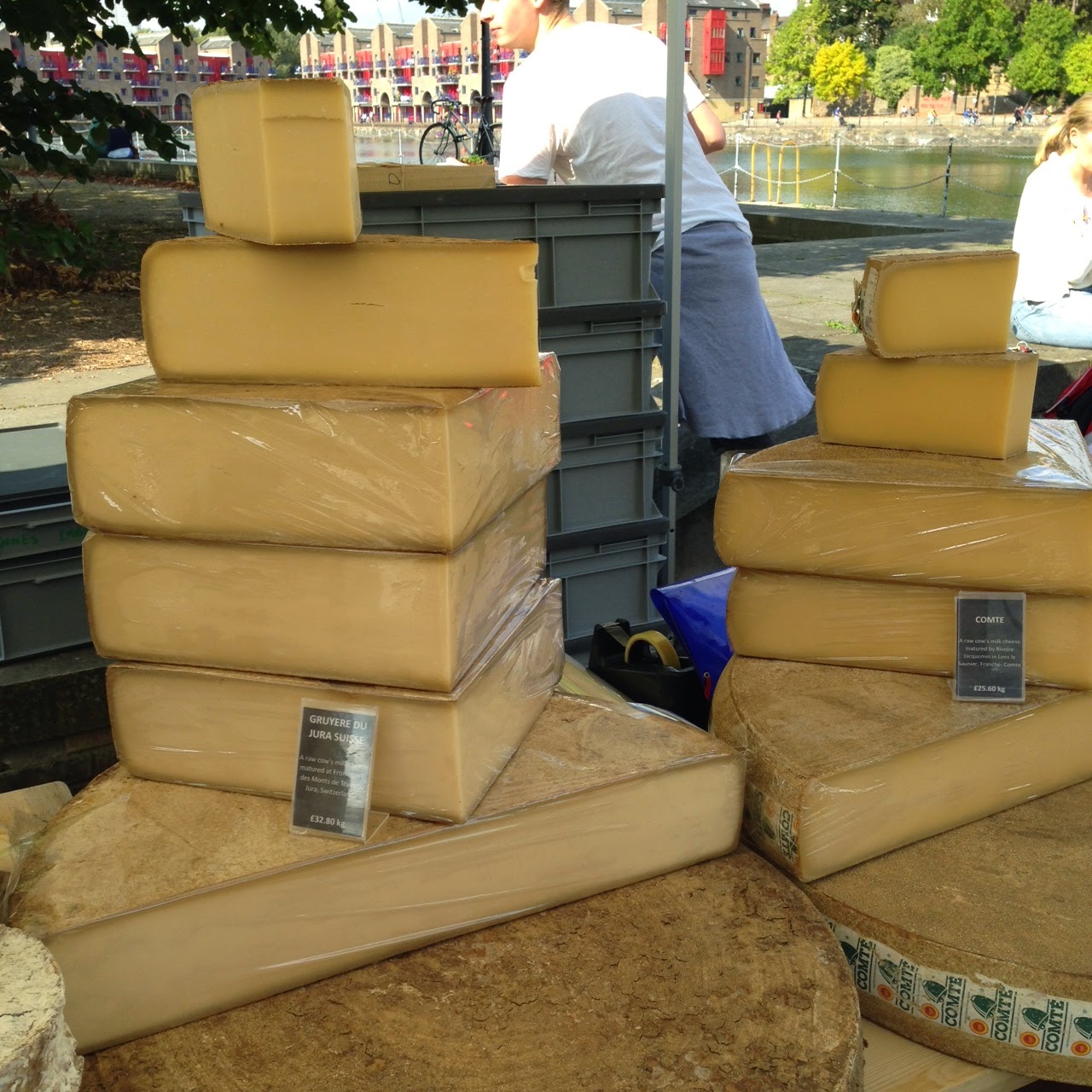 Wapping now has a market too. One of those middle-class delights of a market: artisan cheese, artisan bread, artisan meats, and artisan street food wagons. Not a £1 washbowl, 50p bag of clothes pegs, or a stolen bike in sight. There it sits, on a strange park-like paved islands in the middle of Shadwell Basin, overlooking the canoeists on their Sunday morning lessons, and temptingly close to the Prospect of Whitby pub with it's stunning views of the river. 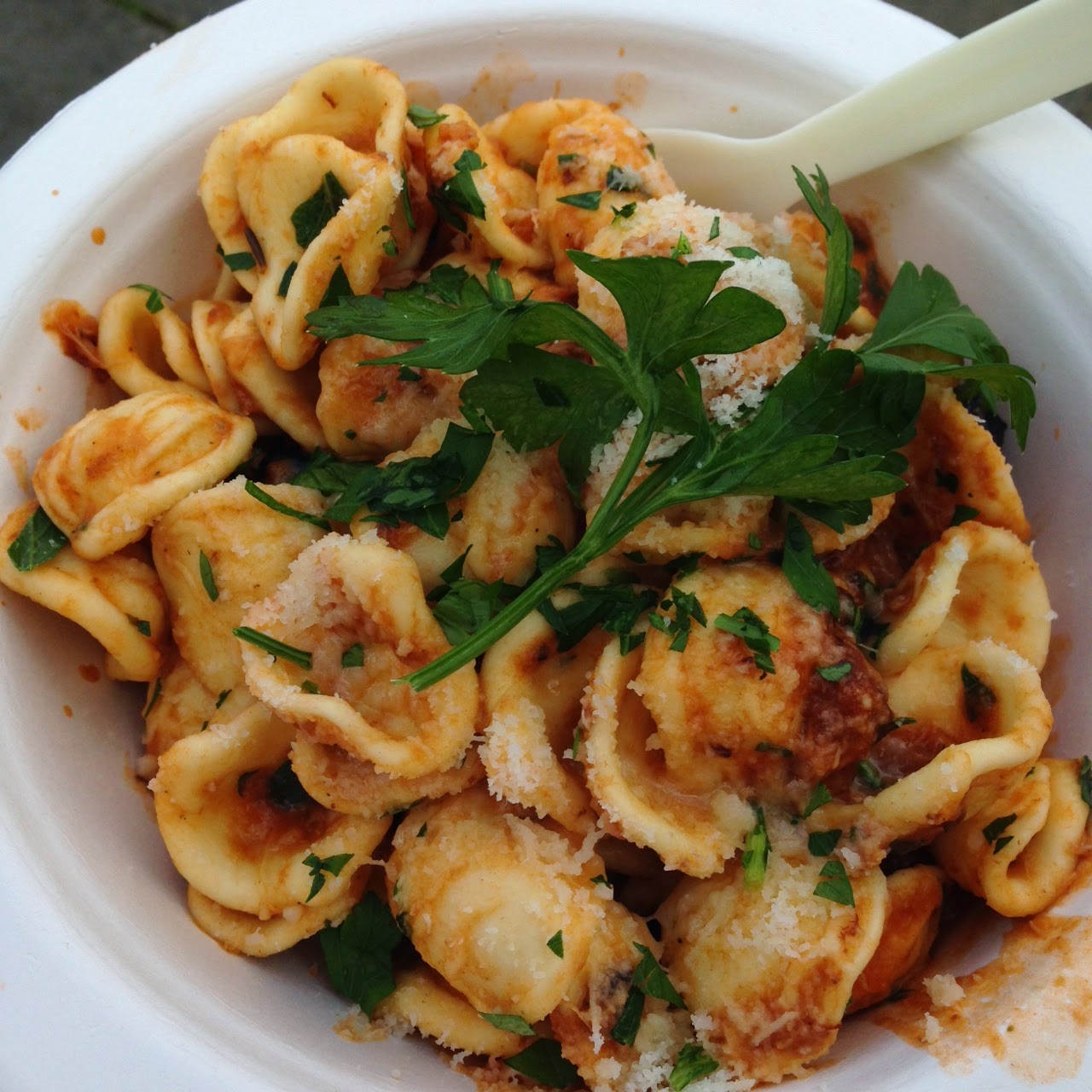 We managed two laps of the fifteen or so stalls at Wapping Market before deciding on something to eat. A nibble of cheese here, a salivate at some ham there, and a couple of purchases for dinner in the week. The market has a good mix of vendors. Chicken farmers and market gardeners rub shoulders with the trendy donut and burger brands that gridlock East London car-parks every weekend. Finally, a stomach rumble too far, I took my pew in the sunshine with a bowl of rabbit pasta from Pasta e Basta. Sweet tomato, gamey meat, eye-popping olives. It's a hearty way to begin a lunch or, in this case, a breakfast. Simply delicious. 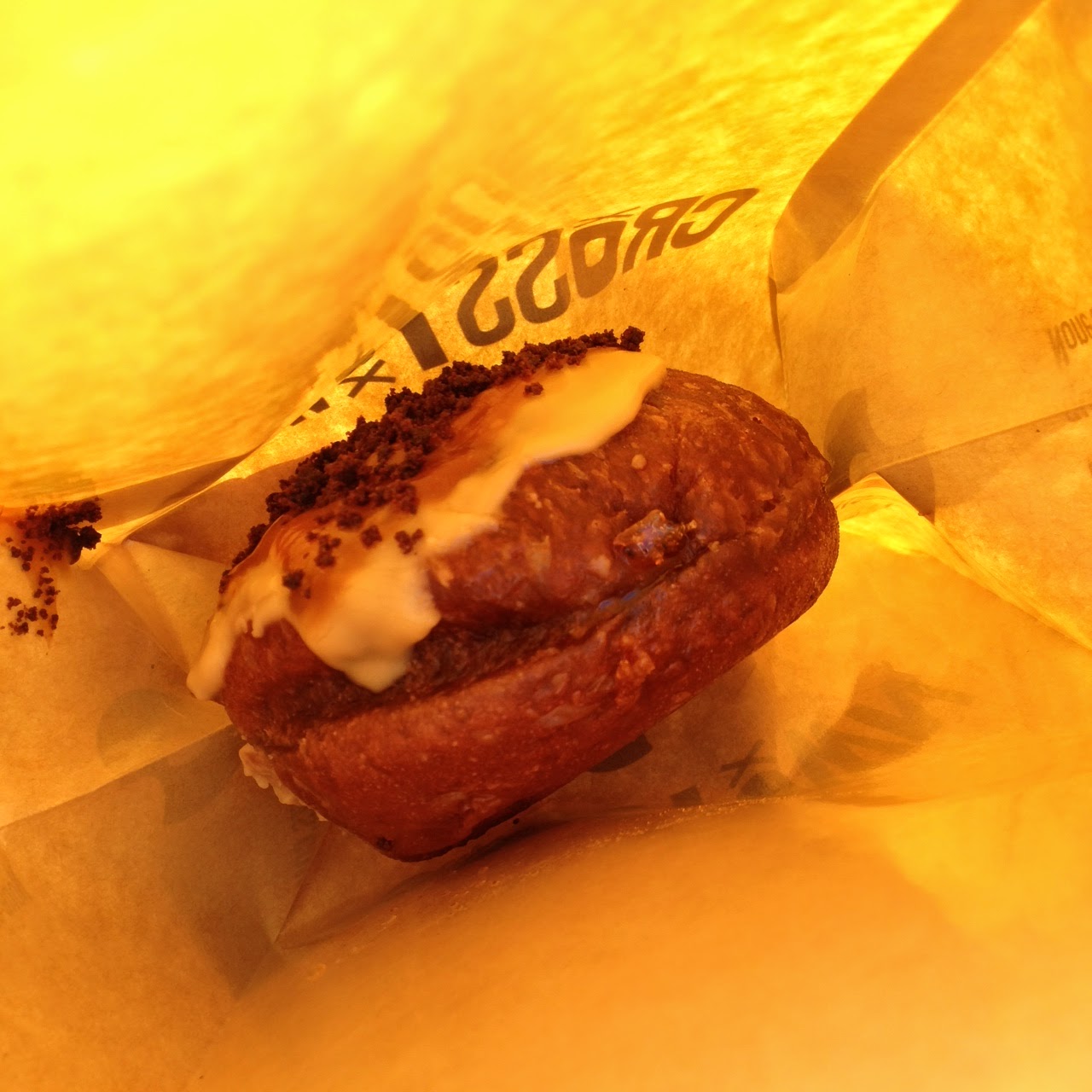 While I might almost always moan that I'm full after eating, rarely does it last long. A pudding was on the menu. A mother lode of a pudding from Crosstown Doughnuts. Sea salt caramel so sweet it's diabetic, banana cream so rich it makes lobster taste like ash, and chocolate 'soil' so dark, light itself cannot escape (blatant plagiarism there). How is this thing legal?! Be glad it is and get one before the government change their mind. Just don't try and share the thing - you'll lose friends, as you won't want to, and besides, trying to cut it in half just results in a t-shirt covered in banana cream.

Wapping Market might seem out of the way, but it's not. A couple of stops on the DLR from Bank, a short walk, and you're there. Definitely under an hour from those more trendy, posh, and boring parts of London. An hour worth spending, especially if you can get to the front of the DLR for some Hyperlapse fun.