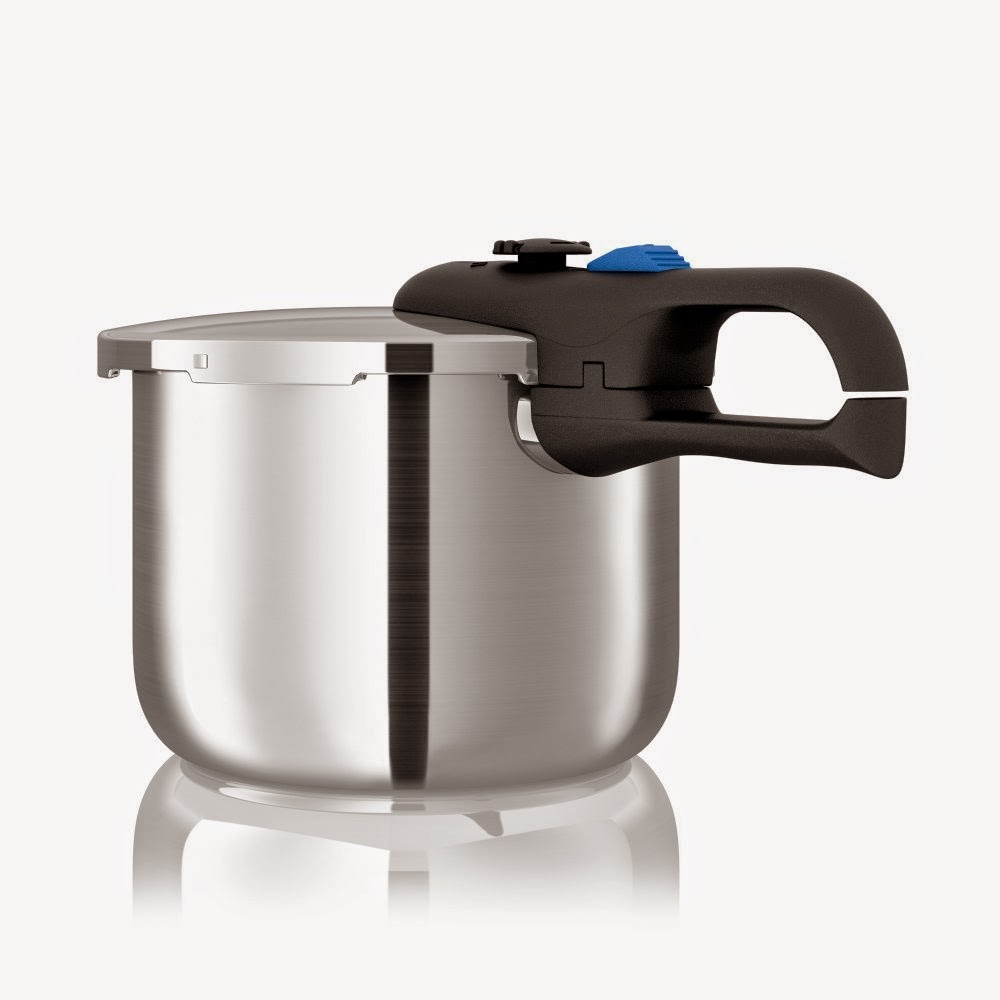 Marge: Goodbye, Homie.
Homer: Goodbye? Where's my clean underwear?
Marge: Check the dryer!
Homer: How often should I change Maggie?
Marge: Whenever she needs it!
Homer: Marge, Marge! How do I use the pressure cooker?!
Marge: Don't!

The pressure cooker sat on the hob, silent. The only noise, a faint hiss of gas. The yellow flame tickled the base of the pan, warming the stainless steel and the water within. Slowly, at first, steam crept from the pan's lid, increasing in volume and increasing in sound - a momentum that began as a trickle, but soon erupted into the deafening rush of escaping vapour.

I stood at the kitchen door, one hand clutching the broken handle, one hand clutching a limp tea-towel, feet twitching, ready to turn and sprint. For ten minutes, this stand-off continued. My watch buzzed. It was time. Approaching the evil spirit inside the boiler, I switched off the heat and cautiously turned the regulator, leaping back as the remaining steam rushed from the pan in a great mushroom cloud.

As the mist cleared and the lid eased from the body, eyes stared eagerly inside. A miracle. Not ten minutes had elapsed, yet there lay golden-skinned chicken, with flesh - white as an angel - falling from the bone. 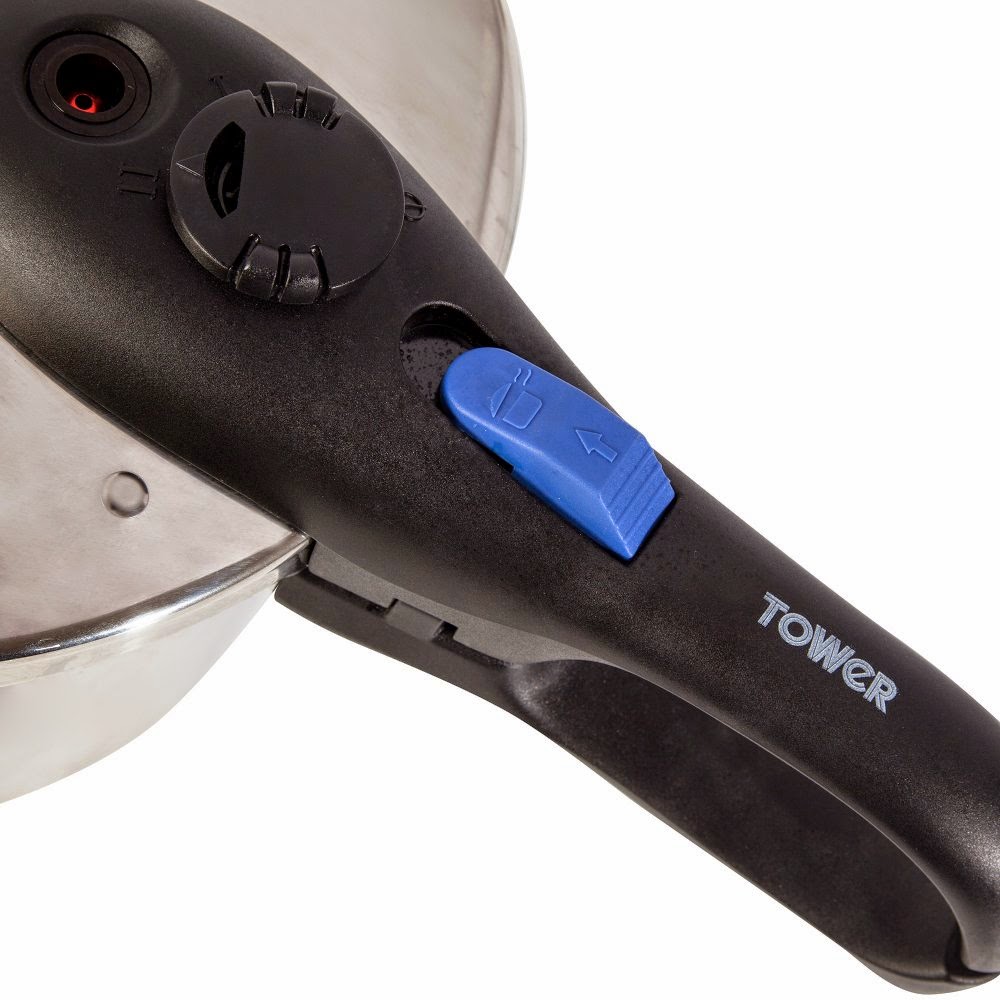 A pressure cooker, it seems, is not the thirsty, vengeful, and dangerous kitchen appliance that hastily Googled cultural references would have you believe. Negative connotations must come from the name and the fact that they're no longer a common sight in the kitchen. The words 'pressure' and 'cooker', suggests something stressful and large, while a more accurate and less alarming name would be 'fast cooking saucepan' - catchy, I know.

Keen for me to learn the truth about pressure cookers, Tower Housewares equipped me with a 6 litre model to try out at home. Here was a chance to free an evening from restaurant reservations, roll my sleeves up, and invite some friends to chance their health with my cooking.

With rum on the menu and Brixton only a ten minute walk away, jerk chicken seemed the most appropriate option. Free range chicken thighs and legs, rubbed with a mixture of oil, lemon juice, salt, pepper, and jerk chicken mix, then placed in the fridge for 8 hours.

Then came the pressure cooker. I was nervous. This isn't something I've done before and those old stereotypes came flooding back. It really is very simple though. Three inches of water placed in the base of the pan, brought to a boil, then the chicken added (on top of a steaming tray), and the lid locked-shut. The intensity of the cooker is regulated by a small dial on the handle. The tighter it's turned, the less steam comes out and the quicker the food cooks - or such is my understanding. 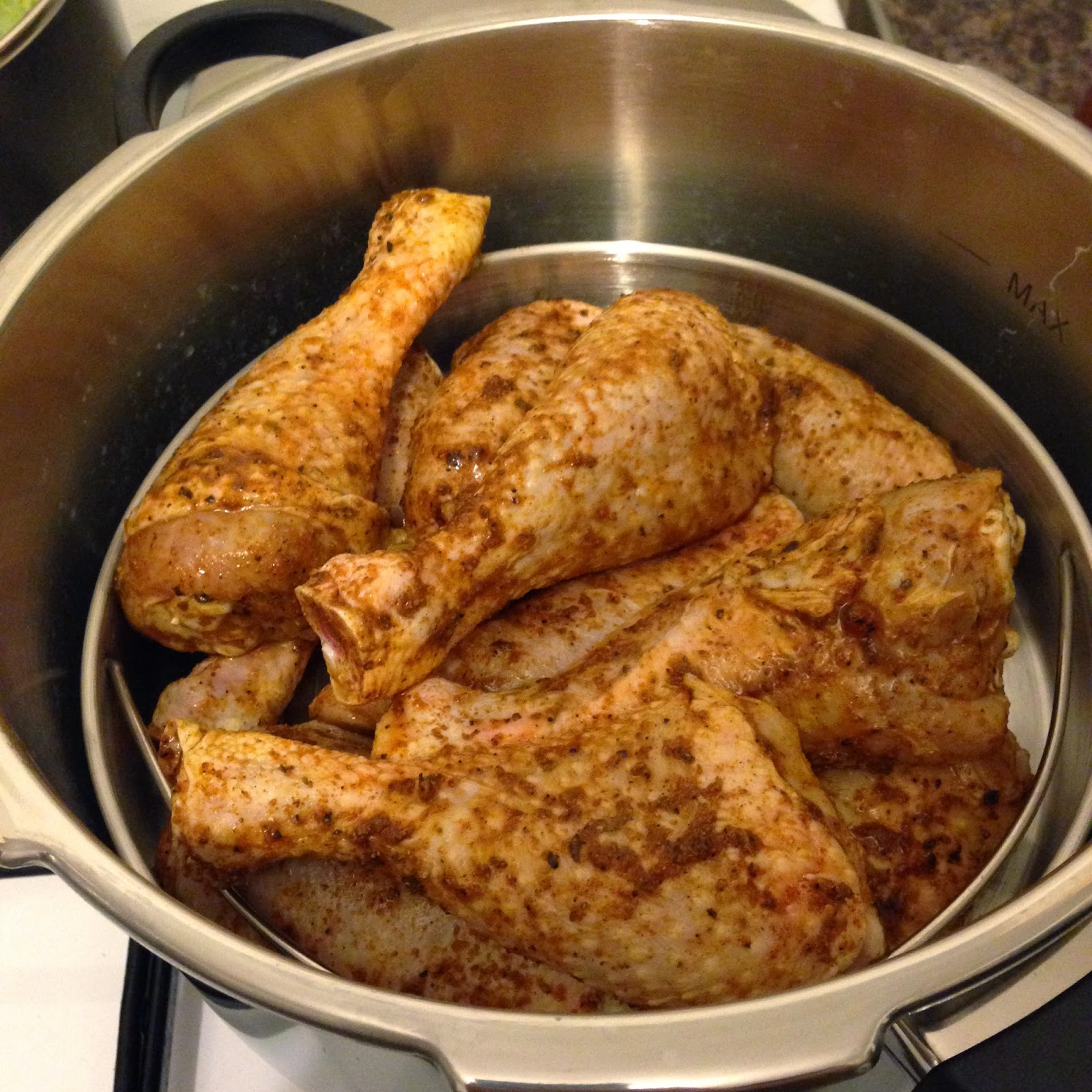 When cooking with a pressure cooker, you have to have faith in the clock. It said ten minutes for the chicken, it was ten minutes for the chicken; but, you can't check during cooking, as you can't see inside, and once under pressure the lid can't be removed until all the steam has vented. It's like cooking a cake though. Just trust the appliance and sit there tweeting for as long as the thing takes to cook. Simple. 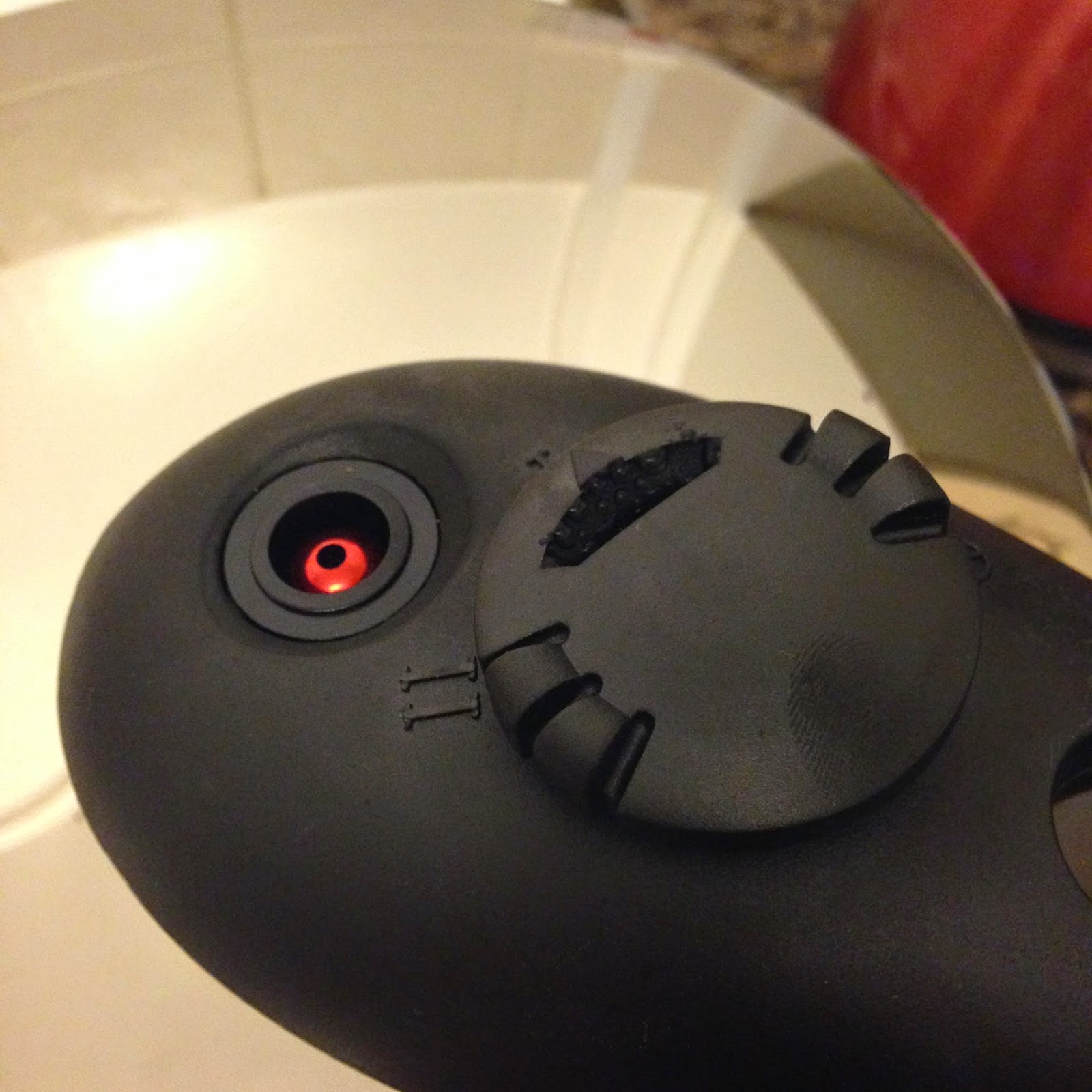 Served with spiced cabbage and rice and peas, the meal was on the better side of edible. I should have cooked more chicken and I should have browned the skin in a pan first. Neither points the fault of the cooker, clearly. 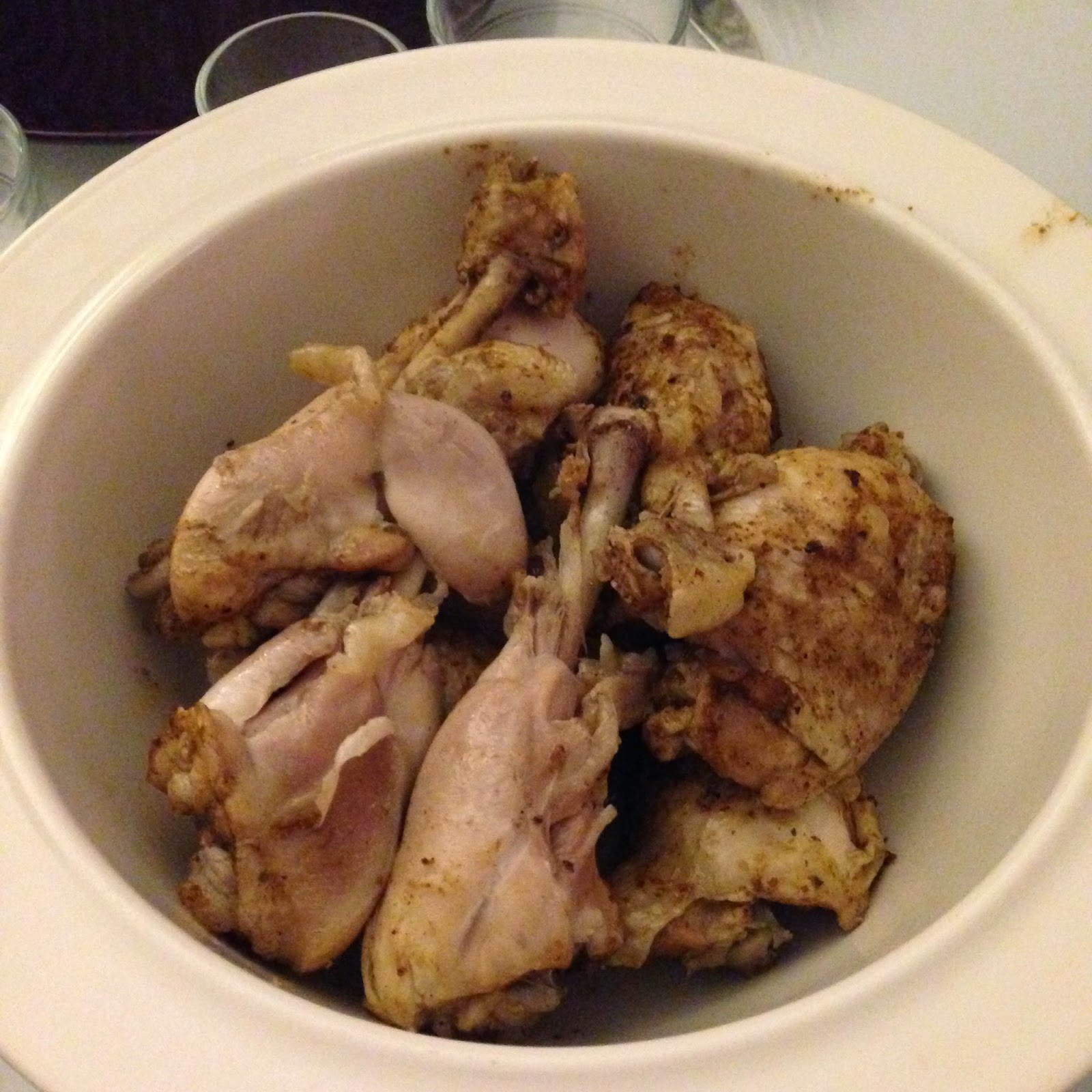 As the night wore on and rum drained down, the conversation turned to pressure cookers and the revelation of the range of dishes that could be cooked. A whole chicken in under twenty minutes? Pasta in sauce in under six? This is a new faster culinary world for me, albeit one that's been around for a couple of hundred years. It's time to curtail the meals out, protect the bank balance, and eat in a little more often.